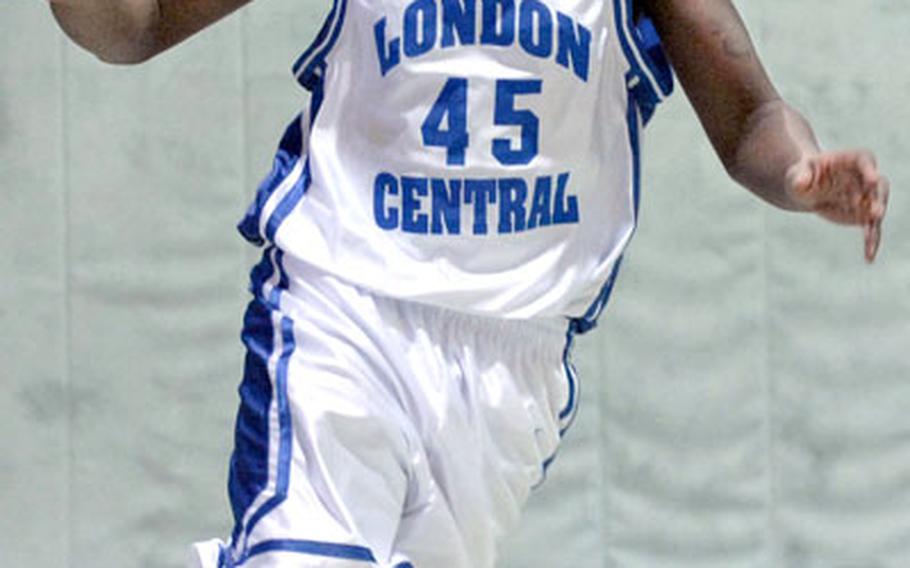 London Central’s Dee Marbury is one of a few athletes who have spent the last four years going to school at London Central. The dormitory-style living has allowed students to become closer teammates, and in some instances, better athletes. (Ben Bloker / S&S)

Whatever else happens to teenagers when they leave home at age 14, adolescents such as London Central seniors Dee Marbury and Hugh Borchers, four-year dorm students both, become closer to their teammates than they would anywhere else.

And it won&#8217;t happen again in DODDS-Europe: London Central is scheduled for closure in June. Since the school system has no plans to establish a residential school at any other location, Europe will lose the kind of identity Marbury says the Bobcats enjoy.

Borchers, who placed fourth in Europe last February as a wrestler and 13th in the European small-schools cross country meet in October, found the personal touch dorm living delivers made him a better wrestler.

All that bonding hasn&#8217;t necessarily made Marbury a better athlete than he might have been had there been a high school in the Garmisch community where his father is assigned to the NATO School, he said.

Borchers, on the other hand, used his time away from home to jump-start his wrestling career, concentrating on extra training and conditioning.

When Borchers and Marbury test the college-life waters this fall, they&#8217;ll have experience working for them, Marbury said.

Borchers, too, savored his dormitory experience.