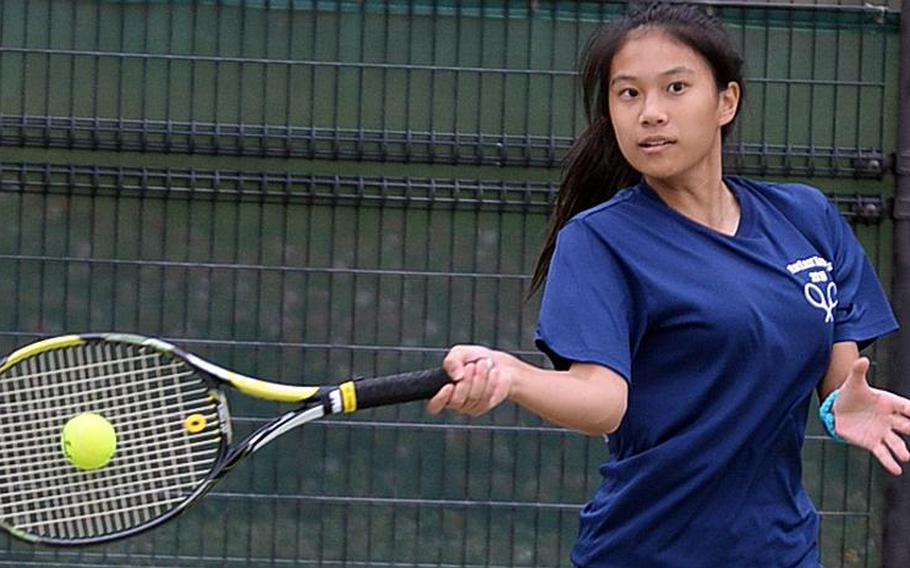 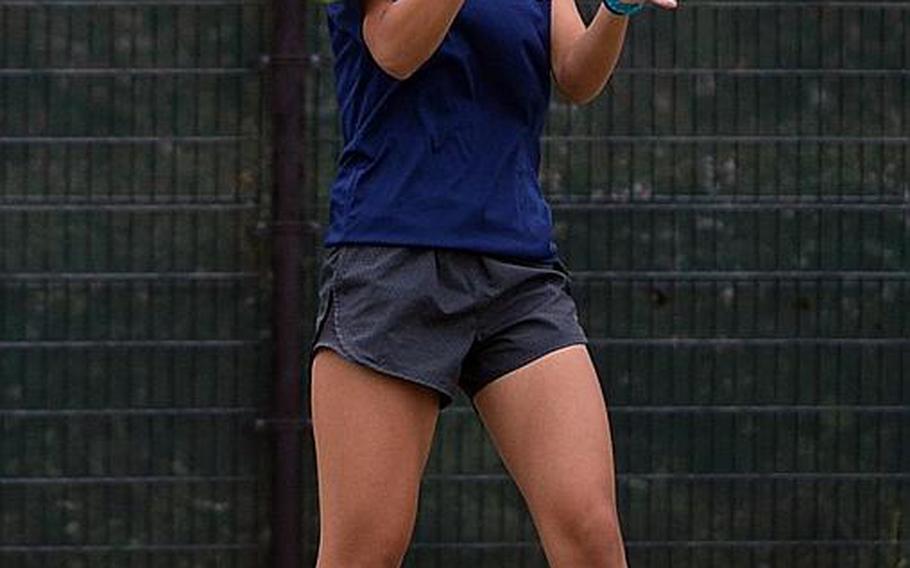 TOKYO – More times than not, tennis is viewed as an “all eyes on me” individual discipline, with individual titles possibly leading to team success.

She prefers to pair up with other teammates to help American School In Japan to team success. The Mustangs senior is a two-time Far East mixed doubles champion, including the just-concluded season, when she also won girls doubles.

“I definitely prefer playing doubles over singles,” Chang said. “I’m better at the net than I am on the baseline, and I’m also used to playing doubles because I play with my family all the time.

“I just feel more comfortable with someone else on the court with me,” she said.

Chang teamed with now-junior Leon Hoy to capture Far East mixed doubles in 2015, the season she began a two-year streak of winning girls doubles in the Kanto Plain tournament. That’s five total district or state-equivalent titles in a three-year span.

For her efforts this season, unbeaten except for a loss in the Kanto Plain girls doubles finals, Chang has been named Stars and Stripes Pacific girls tennis Athlete of the Year.

Success in doubles is not only about technique and skill, Chang says, but the mental aspect and having somebody on the court to share that success and encourage and steady her when the going gets rough.

“Having someone with me on the court helps me calm down and suppress my frustration when I miss,” she said. “The relationship you have with your partner and the mood during the game matters a lot. You can share the experience with them both on and off the court.”

Chang might have played volleyball, instead of tennis, she said, had she not had an older brother, Kent, who also played for ASIJ and is now a senior at Georgetown. “I started because he started,” Chang said.

She brought volleyball knee pads and a tennis racket to the first day of school as a freshman and waited until the “very last minute,” Chang said, to sign up for tennis. And then for doubles, “because that was all I ever played,” she said.

The year she began was the season that the Mustangs won their second of five straight Far East Division I school banners.

Hara and Chang beat the Petros twins in their sixth match of the second day of Far East, shortened due to the approach of Typhoon Saola. Chang’s positive attitude helped Hara get through it, she said.

“She is always a positive thinker and is always smiling, even if we are playing a tough match,” Hara said. “She dominates the court when she comes up to the net.”