Branching out from football to basketball paying off for Patch's Griffin 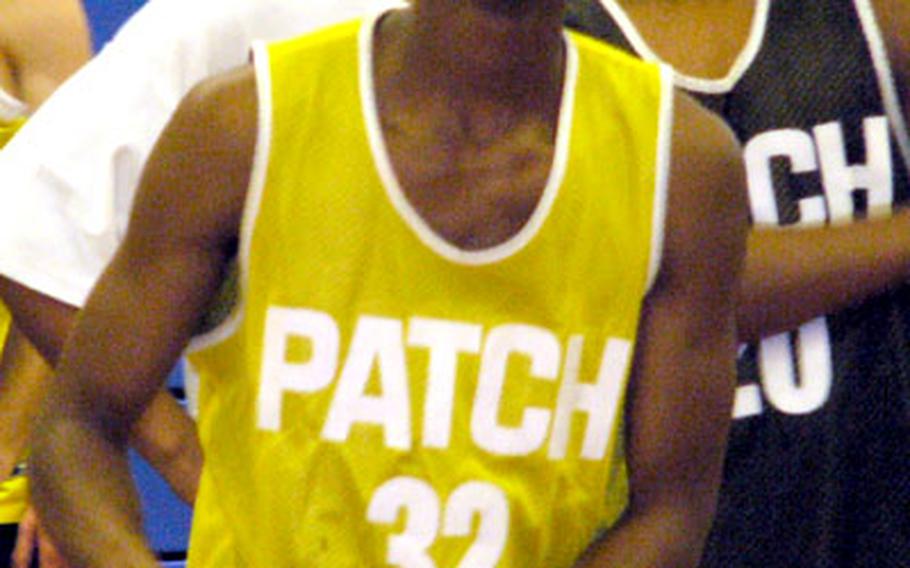 It&#8217;s a revelation that would have surprised him a few years ago.

Griffin, who began playing basketball as a seventh-grader at Vilseck and spent his freshman year on Heidelberg&#8217;s bench, moved to Patch as a sophomore and made the All-Europe second team as a junior. The 5-foot-10-inch senior speedster, who averaged more than 18 points and three assists per game last season, plans on bigger things for this season and beyond.

&#8220;Last summer, I went to four five-star camps in the States,&#8221; said Griffin, who plays both guard positions and small forward for the Panthers.

Even though he was among the shortest players at the sessions at Hamilton College and Syracuse University in New York, Griffin said he felt he held his own.

Griffin, who said his dream is to play for Florida A&M University, realizes his size is working against him, but plans to have his speed and shooting ability overcome that.

Griffin used both aspects of his game Saturday as Patch rebounded to stop Ansbach 62-56. Griffin scored 20 points to help Patch rally from a 46-42 third-quarter deficit in an echo of his performance last year.

Griffin credits his development as a player to his move to Patch, where there was playing time he might not have gotten had he stayed at Heidelberg and the opportunity to test himself against players such as Mannheim grad James Meeks, a two-time All-European.

Especially in the area of team play.

Things that never would have occurred to a Georgia football player before he crossed the ocean.