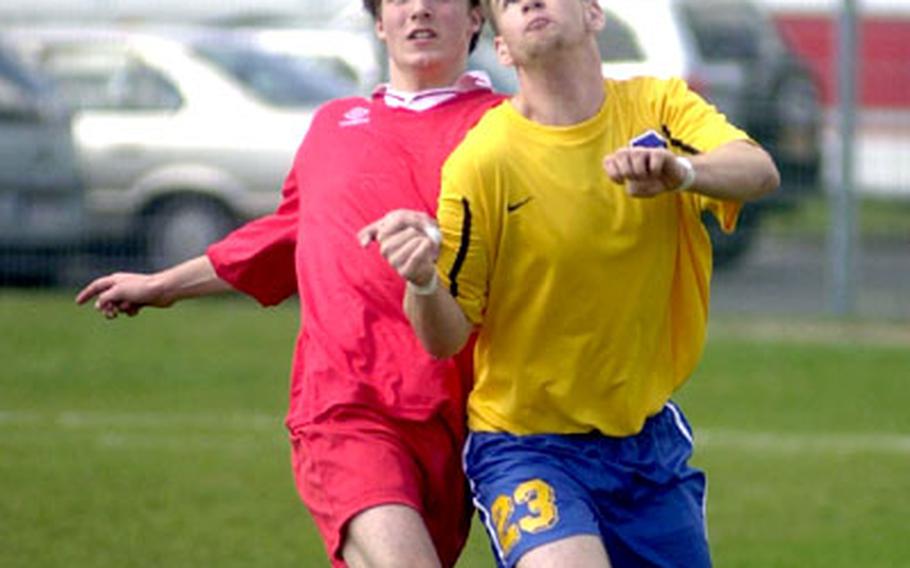 But Lakenheath and its star, Luke Croucher, will travel to Germany by bus and must sleep on gym floors.

Although Ramstein (1-4-1 in D-1), which hosts the tournament, and Wiesbaden (2-3) usually mount strong postseason runs, both are under .500 in league play.

The Spartans bring a 4-1-1 record into this year&#8217;s tournament, which starts Thursday at AFNORTH in Brunssum, Netherlands.

Mannheim (5-0-1), with its formidable back line anchored by Caleb Maglio, could provide resistance, as could Black Forest Academy, 3-0-1 in its past four games.

AFNORTH (3-3) packs plenty of punch in scoring aces Dominik Breuer and Jan-Phillip Hamm and has the home-field advantage.

AOSR and Milan are back this year, but Division III-North champion London Central (4-0-1 in the regular season), suits up a powerful co-ed team lead by C.J. Nogoy, Brenna Gallagher, Alex Laverty, John Wigandt and Andrew Nelson.

Adding to the uncertainty for the Italy entries is the fact that neither of them won the ASIL regular-season title, which was claimed by Aviano, a Med Regional casualty.