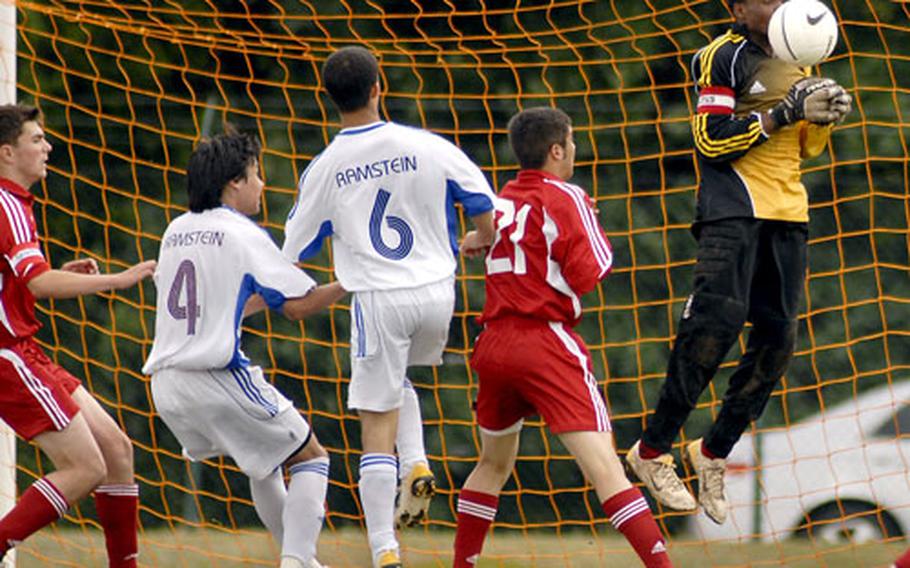 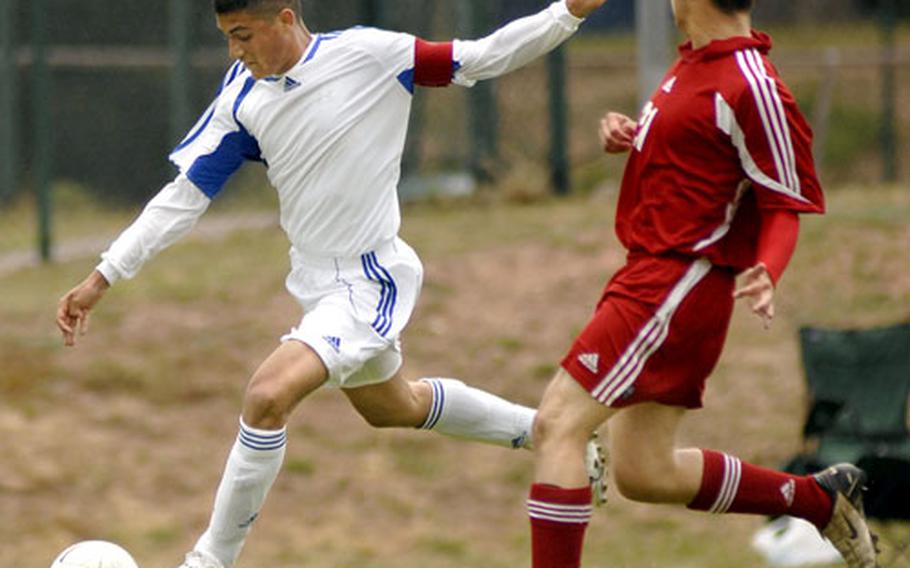 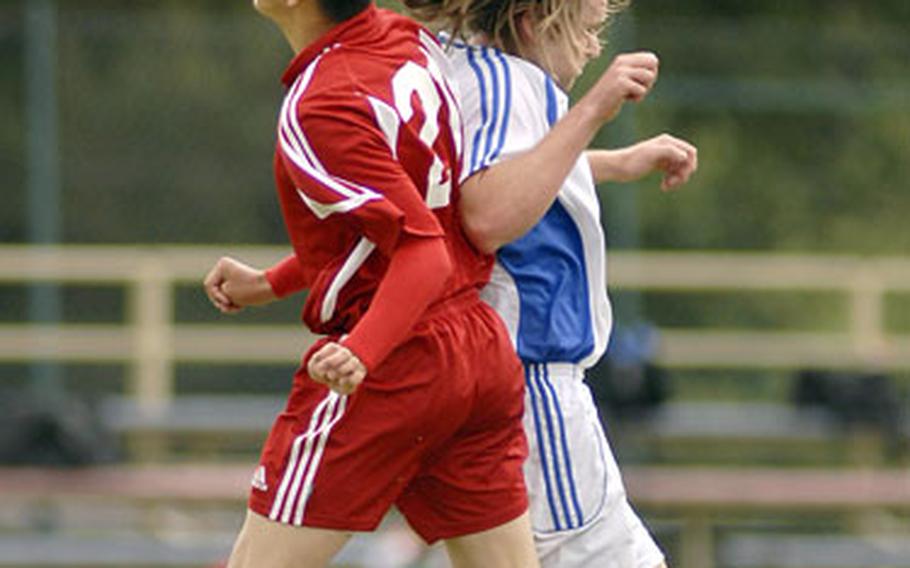 Michael Soto, left, of Kaiserslautern and Dab Whitney of Ramstein collide while battling for the ball during the second half of Ramstein&#39;s 3-0 win. (Ben Bloker / S&S) 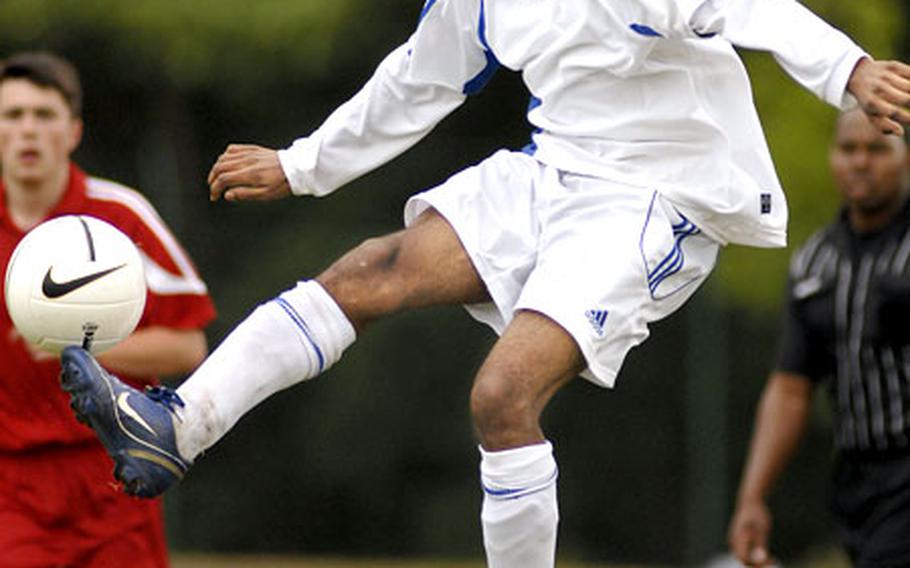 Ramstein&#39;s Rolando Crossdale traps the ball near the Kaiserslautern goal during the first half. Crossdale scored one of three goals for Ramstein in a 3–0 victory. (Ben Bloker / S&S)

Kenny Oberlin scored twice and All-European Anthony Marshall once Saturday as Hohenfels completed an undefeated regular season and won the Division III-South conference title with a 4-1 victory over Hanau.

Dameon Odum also scored for Hohenfels, which got assists from Ian Newell and Rey Marshall.

The Tigers are the probable top seed for the D-III tournament, which begins in Ramstein and Kaiserslautern.

Hanau, playing its first season in D-III, was the last team to beat Hohenfels, the defending European D-III champs. Hanau, a D-II school at the time, edged Hohenfels 4-3 on April 1, 2006.

In other games on Saturday, the final day of the regular season:

AOSR 4, Naples 1: At Naples, Italy, the American Overseas School of Rome tuned up for its run at a European D-III crown. AOSR has eight titles in 10 years.

Four players scored for AOSR, 5-1 in American schools in Italy League play. The Falcons finished just behind league-champion Milan (5-0-1), which will play Division IV at the Europeans. Naples (3-3) will play in Division II at the tournament.

Bitburg 2, AFNORTH 1: At Bitburg, Sid Banks scored once and assisted on Chad Roberson&#8217;s goal as the Barons (4-1-2) claimed second place in II-North.

Ramstein 3, Kaiserslautern 0: At Ramstein, defender Michael Soto gave his team a 1-0 lead after halftime, then returned to the back and anchored the D-I shutout.

Ramstein closed its regular season 3-4 overall and 2-4 in league play. Kaiserslautern, blanked for the third time this season, fell to 0-6 overall and in D-I.