Bitburg's Davidson: ‘It’s all about strategy’ 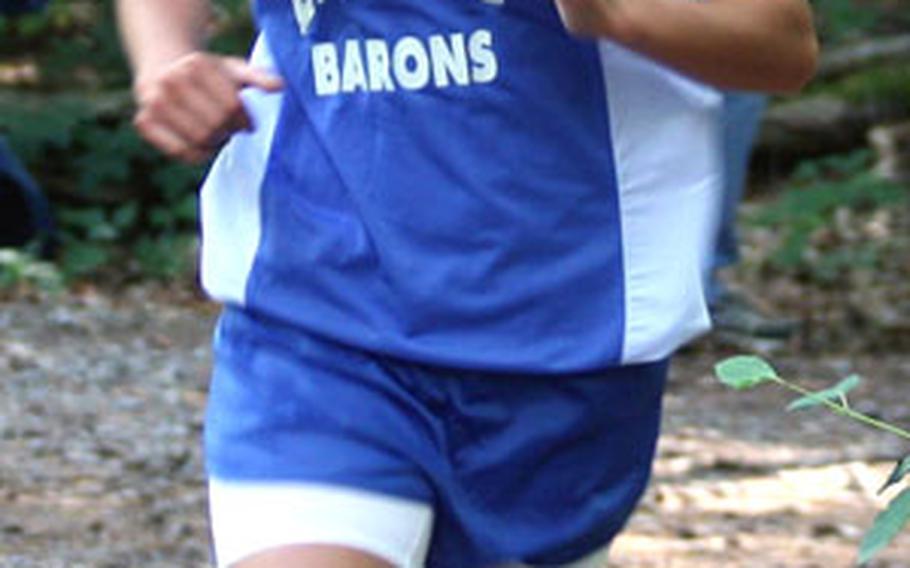 BITBURG AIR BASE, Germany &#8212; Bitburg junior Sandra Davidson is wrestling with a decision as she prepares for this week&#8217;s cross country meet at Kaiserslautern.

&#8220;It&#8217;s all about strategy,&#8221; the 16-year-old said Monday before practice as she weighed her options for her first rematch with Patch&#8217;s Maggie Redmond, who edged her for second place in last year&#8217;s European Big Schools championships.

If Davidson, who posted a time of 20 minutes 35 seconds to Redmond&#8217;s 20:34 in last year&#8217;s championships, opts for the first choice &#8212; as hard as she can &#8212; she might push both runners to personal bests. Davidson, you see, is coming off a summer spent doing hill training in the Blue Ridge Mountains of Virginia.

But if she decides on waiting until Europeans, don&#8217;t expect her to let the leaders run away Saturday. Davidson doesn&#8217;t do coasting.

With a strong Ramstein team also in the field Saturday, good times might well be had by all the top finishers.

They were last week. Davidson led teammates Rachel Poock, one of her running-camp mates, and newcomer Jade Thrasher, bronze medalist in last year&#8217;s Far East championships, in a 1-2-3 tribute to their former coach, the late David Turner. Turner died of an apparent heart attack Sept. 7 while running with the team.

Davidson, who began competitive running as a freshman, said Turner provided plenty of inspiration during his two years with the team.

Turner&#8217;s absence isn&#8217;t the only one Davidson is feeling this season. Two-time European champion Colleen Smith of Kaiserslautern, who finished 36 seconds ahead of her in last year&#8217;s finale, has transferred to the States for her junior year.

Davidson, an All-Europe softball pitcher, will find plenty of people like that when she moves to California in December and ends a nine-year stay in Germany.