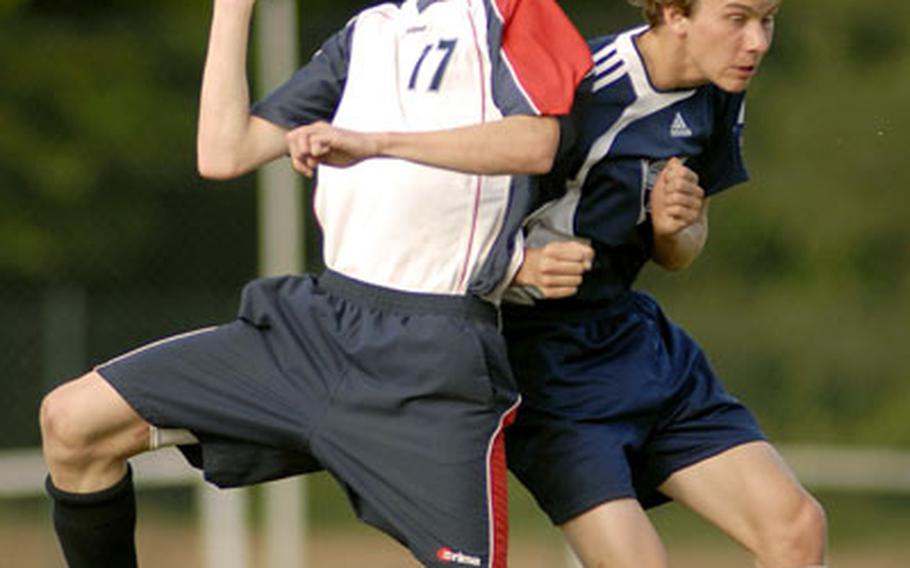 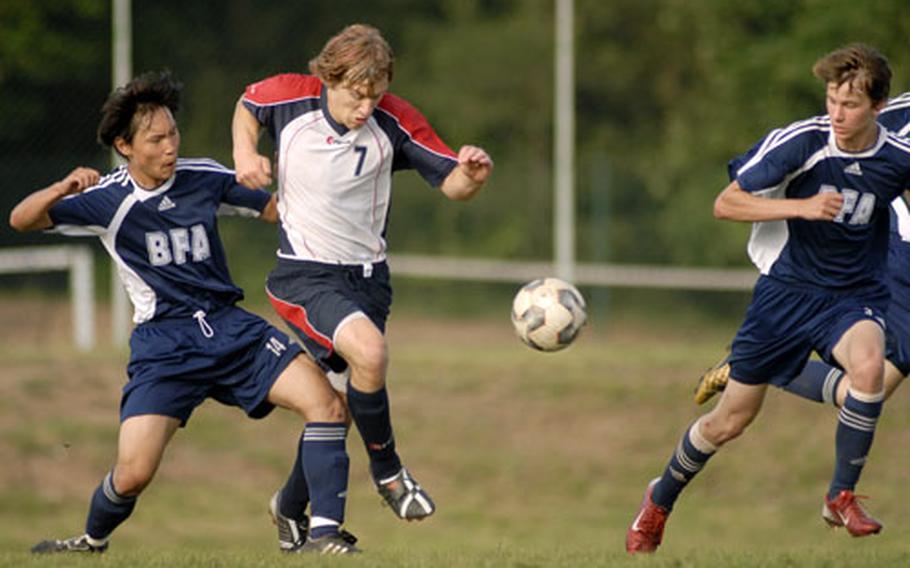 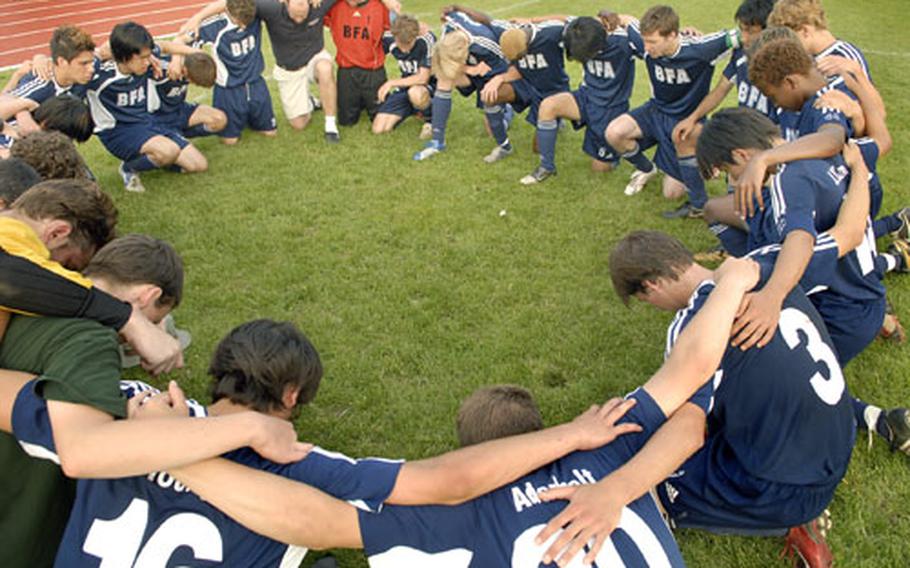 RAMSTEIN, Germany &#8212; &#8220;Let&#8217;s play two&#8221; took on a whole new meaning during Black Forest Academy&#8217;s 2-1 victory over Bitburg in the European Division II championship soccer game on Saturday night. Not only were the teams playing their second game of the day, but it took two overtimes for the Falcons to claim their third European title in four years.

Sophomore striker Serge Ukety prevented a shootout this time. With less than seven minutes left in the second 10-minute overtime period, Uteky beat his defender and dribbled diagonally into the box against Bitburg goalkeeper Robbie Hernandez, who was forced to come out to meet him. As he did, Uteky arched a delicate shot toward the far post. Hernandez, who had robbed Uteky at the end of the first overtime on a similar play by making an over-the-shoulder save, got his hands on this one, but was unable to steer it wide of the goal post.

With time about to run out, sweeper Brian Schwenneker hammered a 40-yard free kick that was ticketed for just under the crossbar when BFA senior goalkeeper Nathan Krause rose to meet it.

How close did Schwenneker and Bitburg come?

&#8220;Way too close,&#8221; said Krause, whose final game, tournament and season for the Falcons has been nothing short of spectacular. &#8220;I tried to push it over the bar, but it got caught on the bar and fell straight down in front of the goal. Andy (Olsen), my sweeper, kicked it away.&#8221;

As the final whistle sounded after Olsen&#8217;s clearance, Schwenneker and the Barons fell to the ground thinking about what might have been.

Bitburg did get to Krause 12 minutes into the second half.

Junior defender Jordan Thomas won the ball at midfield and began bringing it forward. Thomas then appeared to lose possession to two BFA defenders, but stayed with it and got the ball to striker Sid Banks at the top of the BFA box.

Not only was the goal the only one Krause had allowed all season, according to Bitburg coach David Abbott, but it put BFA behind for the first time this season.

&#8220;You&#8217;ve got to keep pushing,&#8221; said Reed, whose brilliant diagonal run into the Bitburg box four minutes later pulled Hernandez out of his net. Reed, who ignored a tender hamstring all day, shoved the ball past him inside the far post.

The game was a far cry from the 4-0 defeat BFA pinned on Bitburg in pool play Friday.

Despite the near-miss, Schwenneker was pleased with his team&#8217;s performance.