Best Bets for the weekend of March 19-20 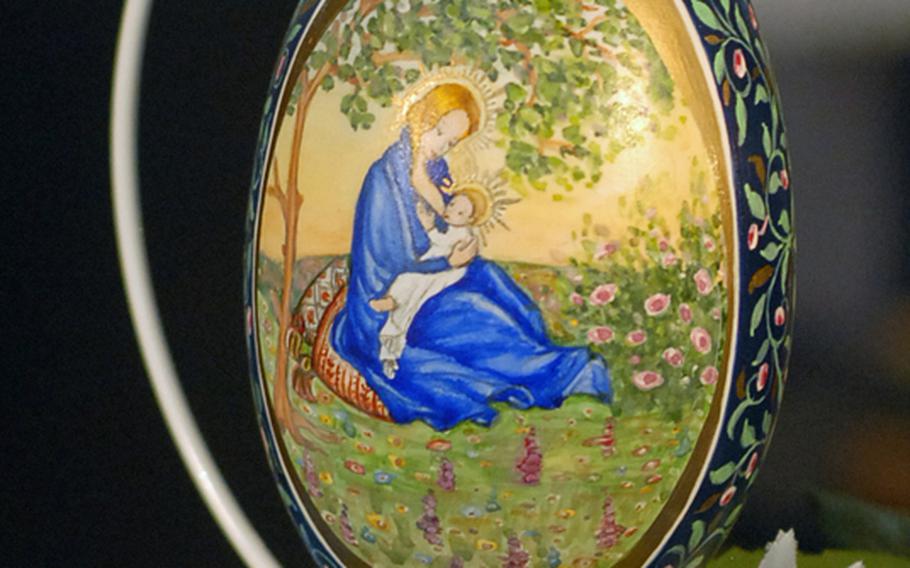 Buy Photo
The Madonna and Child painted on an Easter Egg at Germany's Kloster Eberbach. (Michael Abrams/Stars and Stripes)

GermanyEaster egg markets are beginning to appear, a sure sign that spring is on its way.

This weekend, Kloster Eberbach am Rhein near Eltville hosts its annual International Rheingau Easter market. The halls of the former Cistercian monastery near Eltville am Rhein, famous as the site of the movie &ldquo;The Name of the Rose,&rdquo; will hold more than 75 exhibitors from 10 countries showing off their imagination and techniques for decorating eggs. Other spring crafts also will be on sale.

Tickets are 5 euros for adults; admission is free for children up to age 14.

For more information on this market and others in Germany, see www.ostereier-maerkte.de/index.html, in German only.

&bull; Back in the 17th century, Munich&rsquo;s Paulaner monks, in anticipation of 40 lean days of Lent during which they were limited on what they could eat, brewed an especially strong beer (bock) to carry them through. The beer was based on a recipe that was high in herbs, spices and alcohol. Over the years, this &ldquo;liquid bread&rdquo; was brewed even stronger, until it reached a doppelbock (double beer) status. The strongest version was named &ldquo;Salvator,&rdquo; after &ldquo;the savior.&rdquo; Wanting to keep a good thing, the city has held on to the tradition, and today&rsquo;s breweries make their own versions of the beer, which is sold during the city&rsquo;s Starkbier Zeit, &ldquo;strong berr time.&rdquo; Through April 16, this &ldquo;fifth season&rdquo; celebration is held in various venues. The best places to join in are: Paulaner am Nockherberg (www.nockherberg.com) March 25 to April 10; the Unions-Br&auml;u (www.unionsbraeu.de) through April 4; the Augustiner Keller (www.augustinerkeller.de), through April 9; and the L&ouml;wenbr&auml;ukeller (www.loewenbraeukeller.com) through April 16. In addition to the beer, the restaurants also offer entertainment and food.

FranceChocoholics can indulge their cravings this weekend at Strasbourg&rsquo;s Choco&rsquo; Croc le Salon de la Gourmandise in the city&rsquo;s Palais de la Musique et des Congr&egrave;s. Exhibitors will show the latest in the chocolate world including candy, pastries, jams, teas, coffee, wine and liqueurs, as well as cooking utensils and ovens. Watch chefs concoct their best chocolate recipes in the Choco Space Demo, listen to professionals share their expertise in the Choco Space Conf, let the kids create their own chocolate pi&egrave;ces de r&eacute;sistance in the Choco Space M&ocirc;mes and taste a variety of chocolate drinks in the Choco Space Bar. The exposition is open 11 a.m. to 7 p.m. Saturday and 10 a.m. to 7 p.m. Sunday. Tickets cost 6 euros for adults, children up to age 12 get in free. Find more information at http://strasbourg.chococroc.com, in French only.