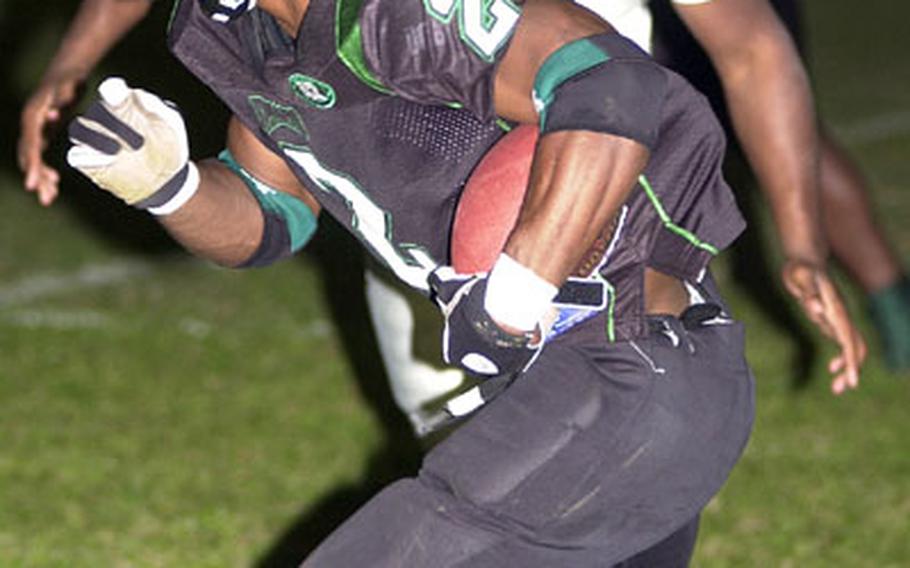 Kadena Dragons running back Trent Beavers (2) looks for running room against the Schwab defense during Saturday&#39;s OFL championship game. Beavers, named the league&#39;s MVP, rushed 24 times for 197 yards and his 30th and 31st touchdowns of the season as the Dragons beat the Panthers 44-14. (Dave Ornauer / S&S)

Kadena Dragons running back Trent Beavers (2) looks for running room against the Schwab defense during Saturday&#39;s OFL championship game. Beavers, named the league&#39;s MVP, rushed 24 times for 197 yards and his 30th and 31st touchdowns of the season as the Dragons beat the Panthers 44-14. (Dave Ornauer / S&S) 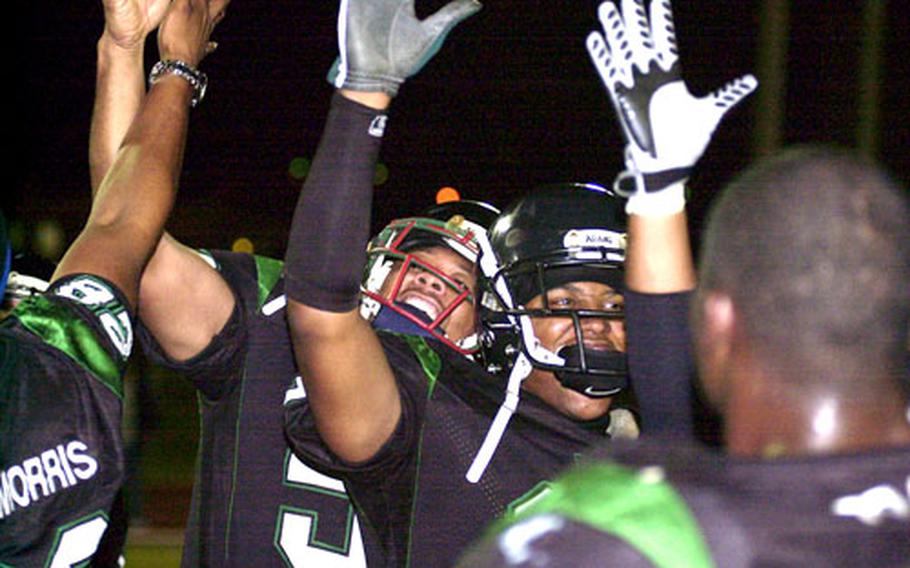 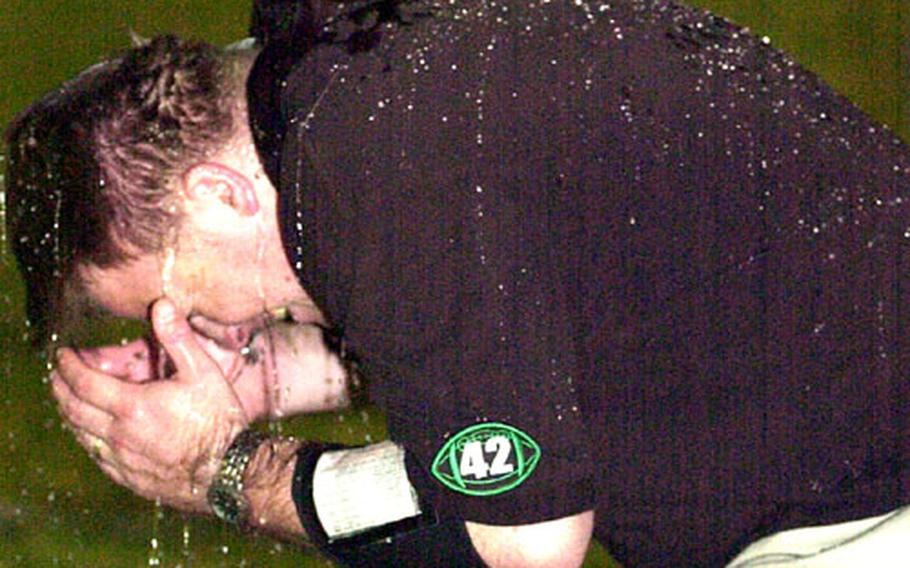 Kadena coach Will Cupp reacts to getting the traditional water-bucket shower just before the end of Saturday&#39;s game. (Dave Ornauer / S&S) 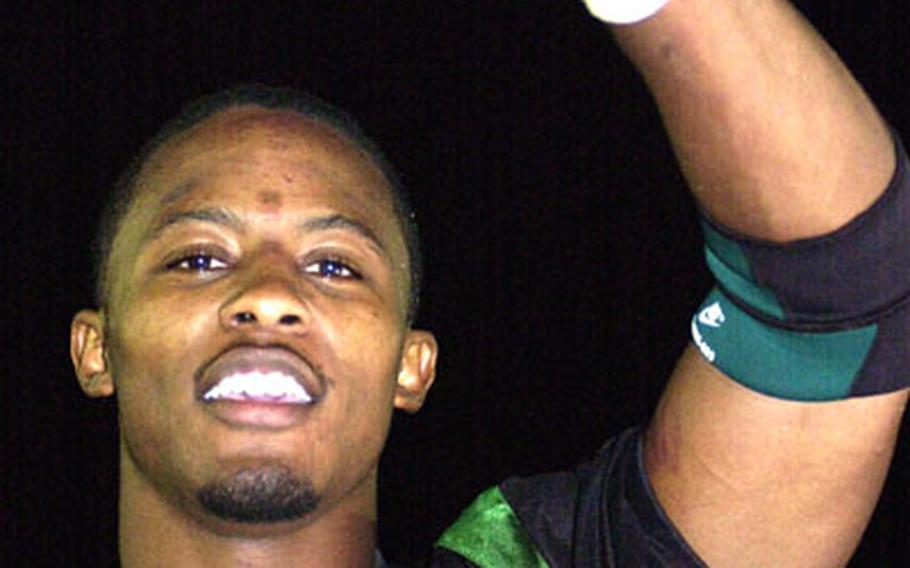 CAMP FOSTER, Okinawa &#8212; The first championship of the Marine Corps-sponsored Okinawa Football League belongs to an Air Force team, thanks to the running of Trent Beavers and the passing of Paul Robinson.

It didn&#8217;t come without an early scare. Quarterback Jermain Parlow and Schwab&#8217;s spread offense scored twice in a five-minute span to take a 14-8 lead.

It was only the second time Kadena, which pounded Schwab 52-0 and 50-7 during the regular season, trailed in a game this year.

Beavers got the rally going with a 29-yard scoring run in the second quarter.

Then Robinson, who put the Dragons on the scoreboard first with a 17-yard strike to Wicks, hit him again, this time from 74 yards out.

Wicks capped the second touchdown drive by holding the ball out and high-stepping into the end zone, drawing a 15-yard unsportsmanlike-conduct penalty. He was ejected in the second half for a similar foul after a two-point conversion.

Cupp was then informed that Wicks, in fact, did pull out a Sharpie to sign the football after his first touchdown catch. Cupp rolled his eyes.

Wicks&#8217; ejection was emblematic of a game that featured league records of 36 penalties and 340 penalty yards. Kevin Dorsey of Schwab also was booted from the sloppy contest, which included nine turnovers.

Francis rambled 40 yards for a touchdown with an intercepted shovel pass. Beavers added a 5-yard third-quarter TD run, and Robinson capped the scoring with a 30-yard fourth-quarter pass to Chris Clarke.

Robinson finished with 177 yards of total offense. Nathan Graves also had three sacks for the Dragons.

Schwab, cheered on by hundreds of Marines bused in from Camp Schwab, about an hour to the north, did what it could behind the arm of Parlow, pressed into starting duty after injuries sidelined starter Juventino Camarillo.

Parlow finished 12-for-37 for 198 yards, throwing a 44-yard TD pass to David Burnell and rushing 2 yards for another score. He also intercepted a pass off Robinson.