Basketball coach leaving Darmstadt with fond memories, if not a title 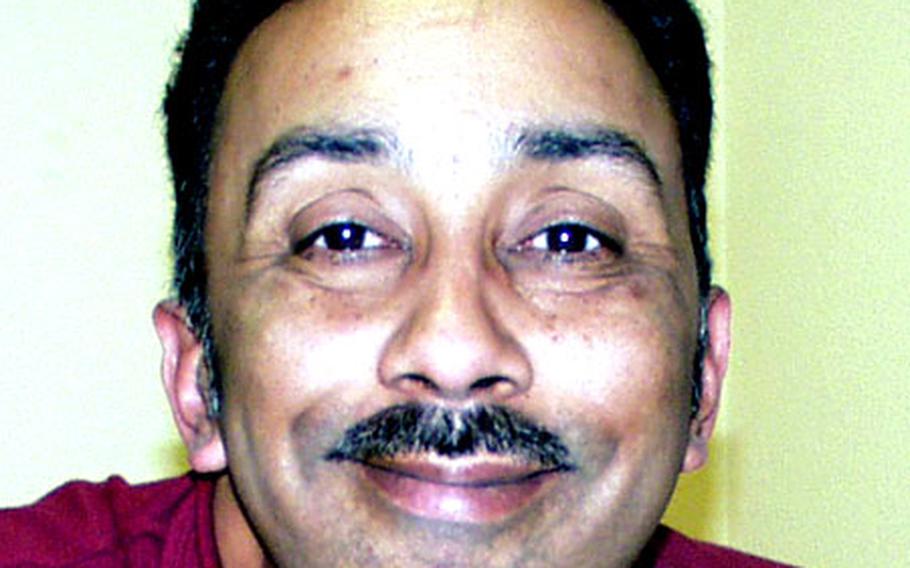 Darmstadt community basketball coach Vernard C. Bendy, who is returning to the States after a decade of coaching in Europe. (Jessica Inigo / S&S)

Darmstadt community basketball coach Vernard C. Bendy, who is returning to the States after a decade of coaching in Europe. (Jessica Inigo / S&S) DARMSTADT, Germany &#8212; Vernard C. Bendy has been trying to get the members of Darmstadt&#8217;s Lady Demons community basketball team out of their comfort zone and over its fear of success for the past three years.

During his final attempt March 19 at the basketball playoffs in W&#252;rzburg, Germany, he was halfway there. The other half, however, was shot to hell.

The players poured their hearts out in the tough final game against Mannheim, Bendy said.

The Lady Demons went into the finals at the last minute and had to shoot for the title with the only seven players available. He said he respects their efforts.

&#8220;It would have been nice if I took them all the way. Getting them to take the game like they owned it,&#8221; Bendy said of his final hoorah before heading back to the States to be closer to his daughter, Anissa Joy Noland, 14, who lives in California with her mother. He&#8217;s leaving his job as the Central Processing Facility finance chief this summer.

Bendy&#8217;s leadership ability has been shaping players in Darmstadt since 1995. It has taken strength, but don&#8217;t mistake this strength for rudeness &#8212; it takes boldness to lead a team.

Bendy said he got hooked on basketball while growing up in Pasadena, Calif., with his Mexican mother and black father. He started playing basketball when he was 8 years old and has been making hoops ever since.

He teaches all phases of the game &#8212; from the full-court press to man-to-man plays.

Teaching, he said, is the best and worst aspect of coaching.

It&#8217;s not just about the game with his team, though. Bendy constantly looks for ways to show the players he sincerely cares about them as individuals. He&#8217;s mastered this art with the Lady Demons, he said.

Emily Liskow, a Darmstadt second- and third-grade teacher who plays for the Lady Demons, said Bendy has proven himself as a coach who always puts the team first.

Bendy has been working in Germany since 1995. The former Army sergeant also spent time in Bamberg as a mortarman in 1989. Then he returned to Frankfurt in 1991 as a finance clerk.

Now he works at the in- and out-processing center on Cambrai-Fritsch Casern, covering the Darmstadt, Babenhausen and Frankfurt areas. He helps new arrivals understand their pay problems.

But his humility only lasts as long as a court&#8217;s not in sight.