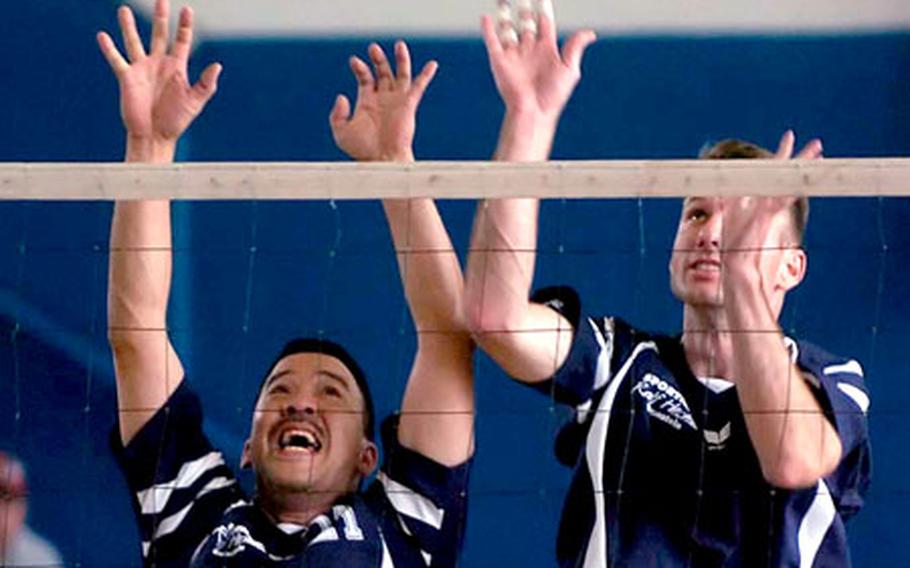 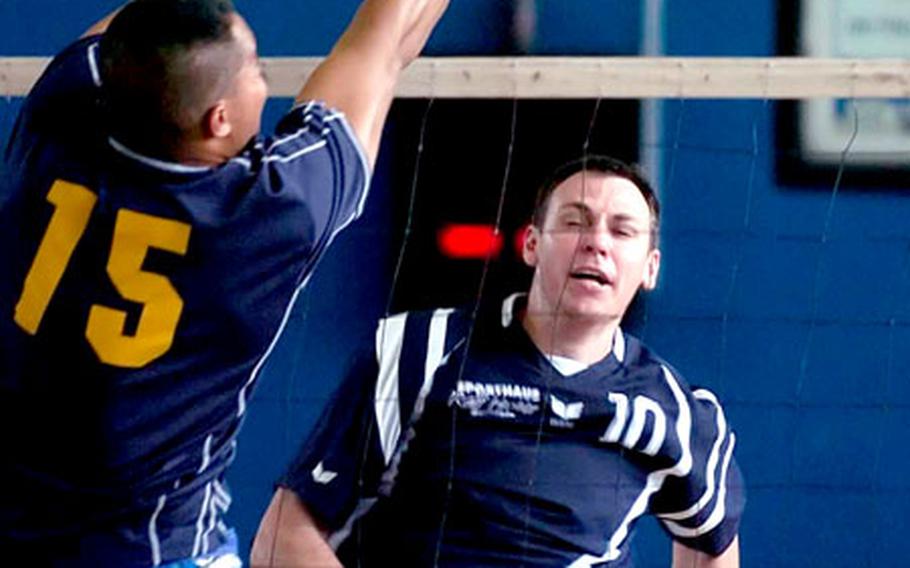 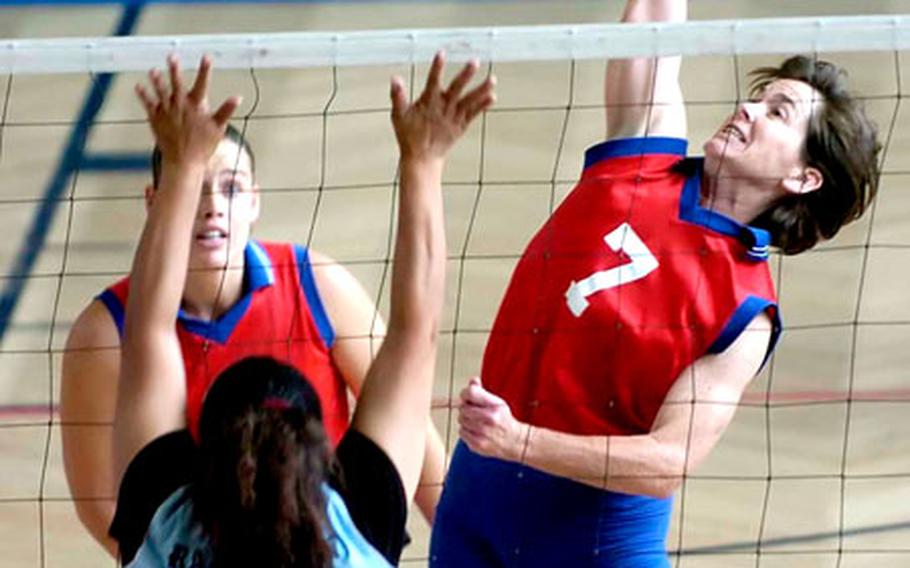 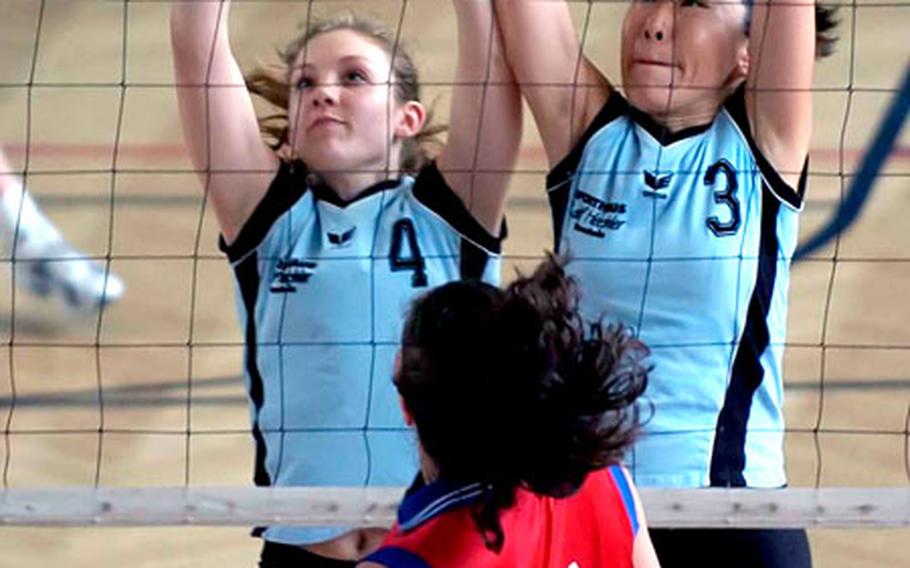 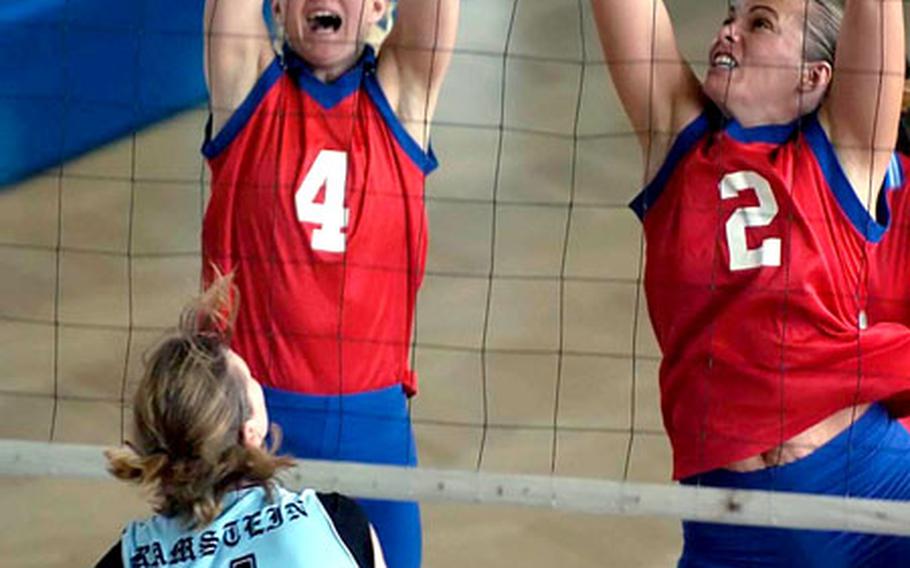 Everything, and in every way, added Bamberg&#8217;s Debbie Macnamara.

Macnamara, who joined teammate Kim Rix on a block and put away a kill to earn two of Bamberg&#8217;s final three points, was referring to Ramstein&#8217;s Lani Kekahuna, who made a pair of foot saves, just as the ball was about to hit the floor, on a single point in the final game.

Rather than be frustrated by the relentless Ramstein returns, however, Bamberg merely stepped up and enjoyed itself.