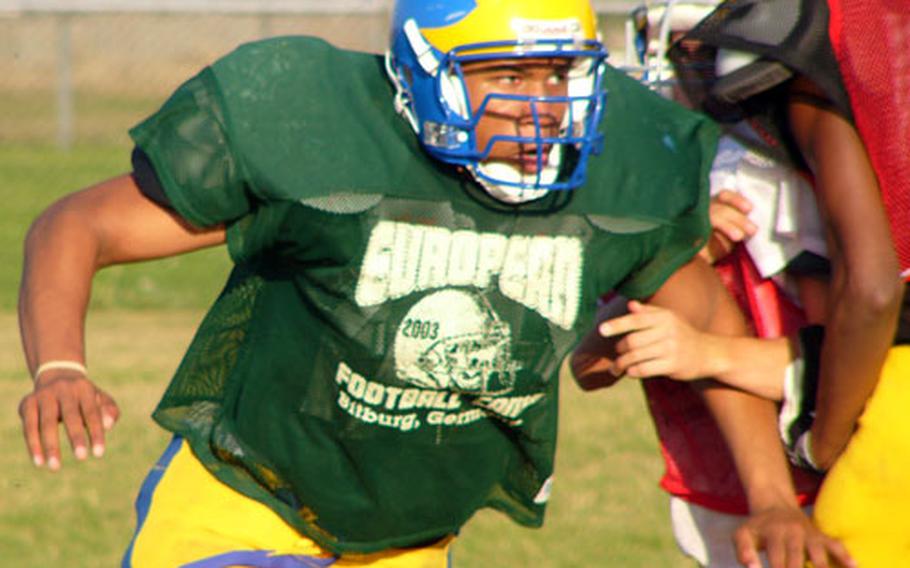 In fact, he&#8217;s never been on the losing end of a high school football game.

The Cougars, for whom Bailey plays tight end and outside linebacker, have won 19 straight games and two straight European Division III championships.

The coach is Marcus George, and this week his Cougars are taking on Division II power Vilseck.

Still, the Cougars, whose starters include four All-Europe players &#8212; Bailey, James Esters, Dameon Outley and Mike Ewing &#8212; are looking forward to the challenge.

Bailey said his team&#8217;s confidence derives from a couple of factors.

It&#8217;s a belief system that includes scheduling games against teams in higher divisions.

In Bailey&#8217;s view, Vilseck provides a chance for a competitive game, the kind of game the Cougars haven&#8217;t experienced for a while. Last season, Ansbach won every game it played by the 40-point mercy-rule. After three games this year, Ansbach&#8217;s average score is 53-16.

If the situation changes against Vilseck, that would be fine with Bailey: He&#8217;d get more playing time.

Most of the time, Ansbach&#8217;s starters are relegated to the bench as the Cougars coaches try to keep the score down. Bailey made the most of his chances against Hohenfels, hauling in a 65-yard TD pass before being sent to the pine for much of the evening.

Bailey, also All-Europe in basketball, hopes to play college football next season, but there&#8217;s another matter to deal with first.