Avery can go deep in Pacificwide basketball, too 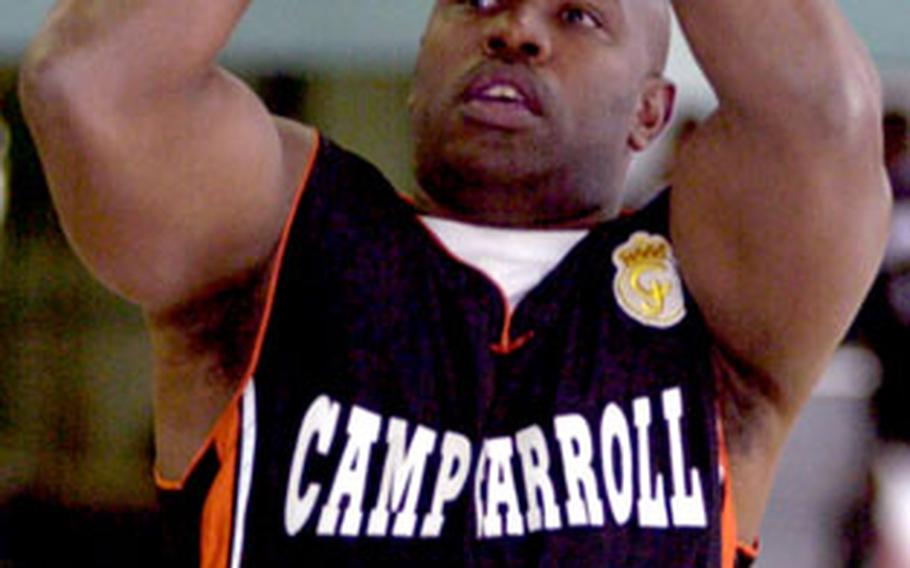 Dexter Avery of Korea’s Camp Carroll, an eight-time All-Armed Forces softball slugger, is also a threat with a basketball in his hands. (Dave Ornauer / S&S)

Dexter Avery of Korea’s Camp Carroll, an eight-time All-Armed Forces softball slugger, is also a threat with a basketball in his hands. (Dave Ornauer / S&S) 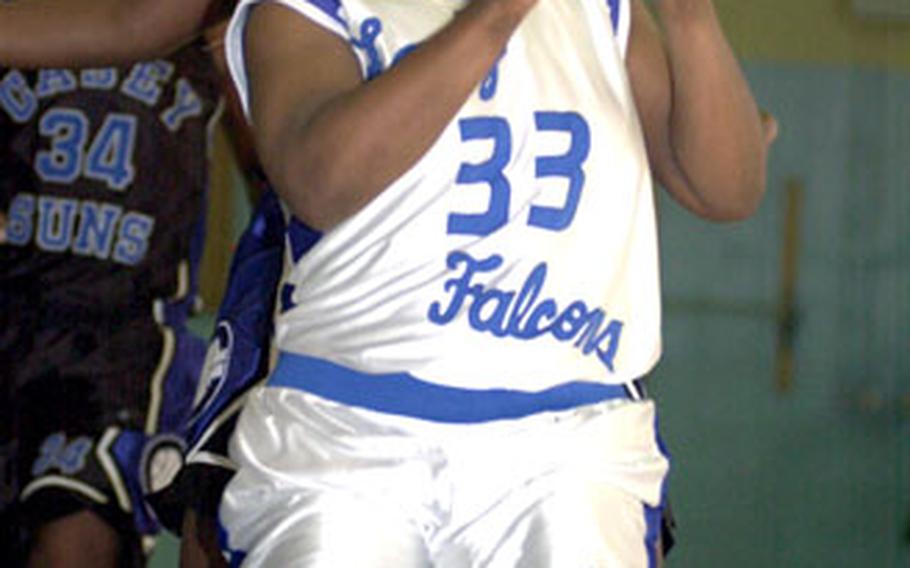 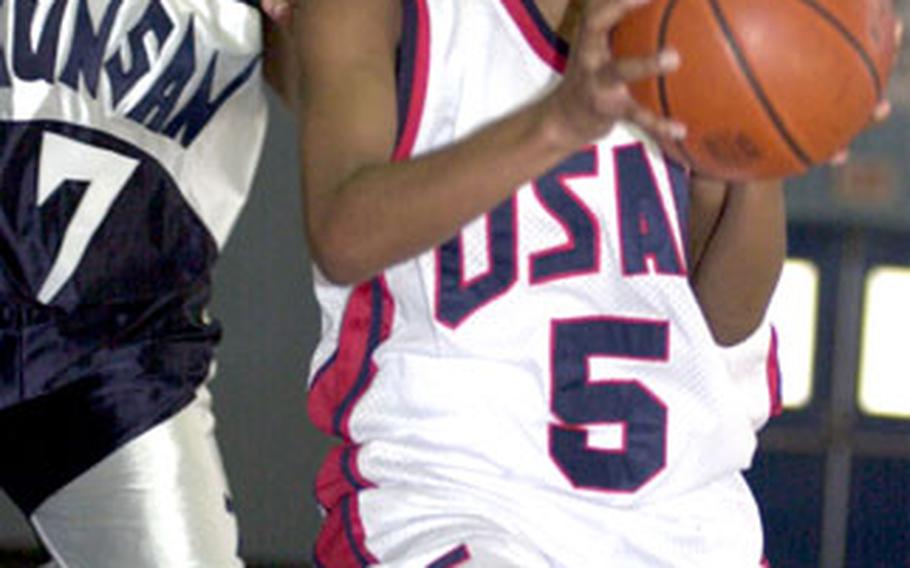 Jennifer Jackson of the Osan Defenders drives past Monica Steen of the Kunsan Wolf Pack for a layup. (Dave Ornauer / S&S) 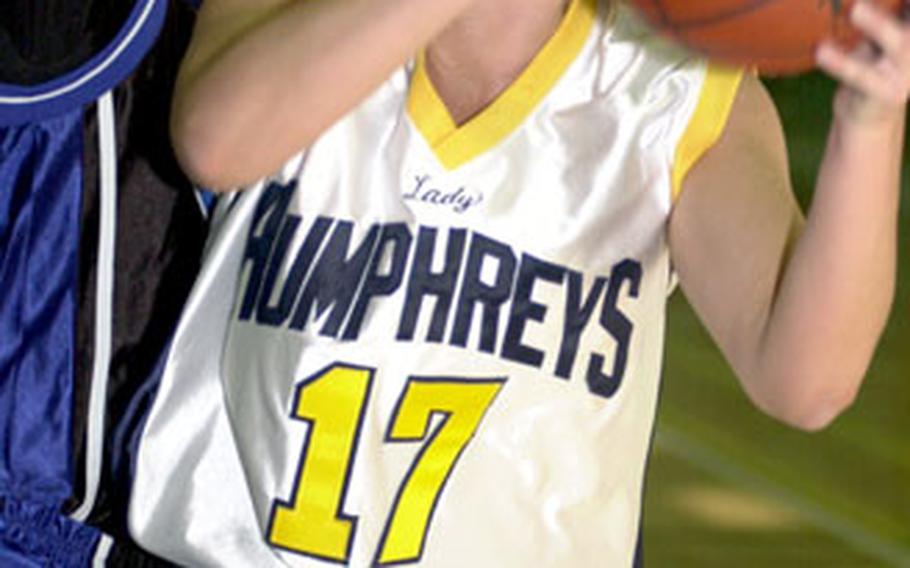 Thus, when Avery isn&#8217;t bashing softballs over fences in Korea Traveling League games or All-Armed Forces tournaments, he&#8217;s raining down an average of five three-pointers per basketball game for a Crown Jewels team currently second in the Traveling League at 5-2, 7-3 overall.

Included in that overall record is the team&#8217;s 66-64 upset of host Yongsan Garrison&#8217;s Runnin&#8217; Rebels Saturday in the 2005 Pacificwide Open Holiday Basketball Tournament. Camp Carroll and Yongsan each finished Saturday&#8217;s play at 2-1.

Though basketball takes a back seat to balls, gloves and bats, it was hoops that first helped guide Avery through his formative years in Decatur, Ga.

Though Avery&#8217;s age places him firmly in the &#8220;veteran player&#8221; ranks, he said he believes he has more good years left on both hardwood and diamond.

Falcons top Suwon againIt wasn&#8217;t as large a victory margin as Seoul American High School&#8217;s boys enjoyed in their 68-42 thrashing of Suwon Air Base last year, but the Falcons made it two victories in as many Pacificwides over Suwon Air Base, leading by up to 10 points and holding off a late rally for an 83-79 win on Saturday.

A year ago at Osan Air Base, Seoul American became the first high school to win a game against a post- or open-level team since the tournament&#8217;s inception in 1987.

&#8220;We were a bit shaky in the end but those are the kind of games that I like,&#8221; Boyd said, who praised Churchwell and inside player Jordan O&#8217;Brien, both sophomores.

New sites to host Pacificwide tourneysThe remaining two major Pacificwide open tournaments this season will be at new sites. Osan Air Base picks up the Martin Luther King Invitational, scheduled for Jan. 13-16, while Kadena Air Base on Okinawa hosts the 3rd Kadena Klassic slated for March 3-5.

The Klassic will serve as a replacement for the March Madness Invitational at Guam&#8217;s Andersen Air Force Base.