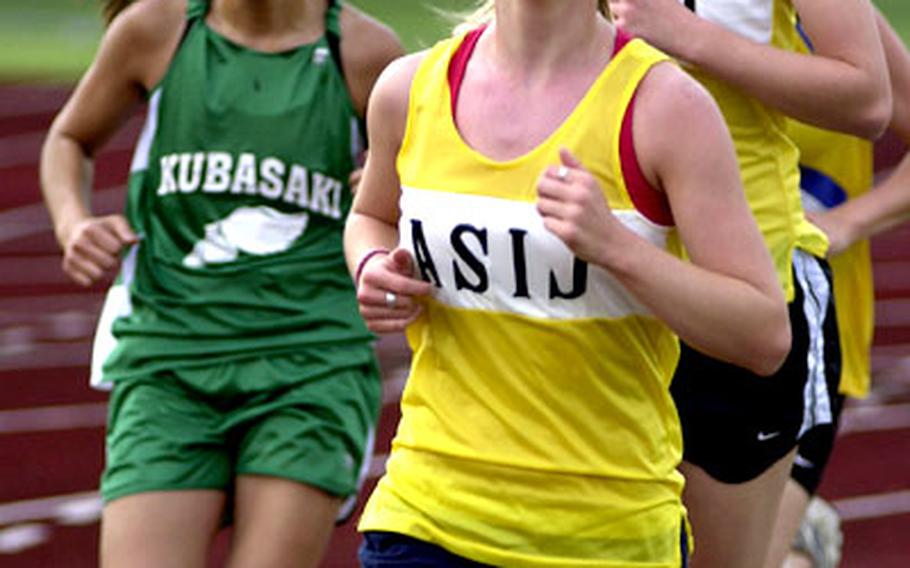 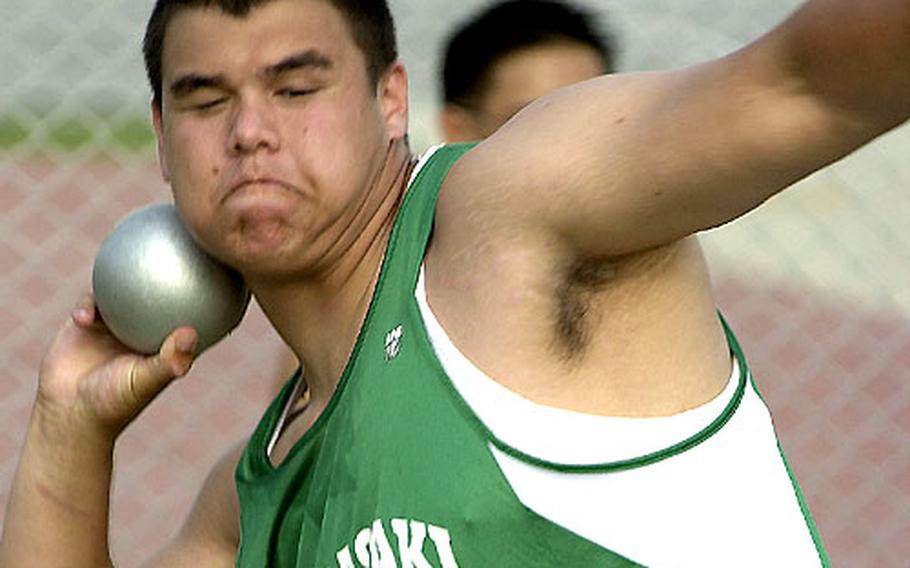 Jason Ballard of Kubasaki throws the shot during Friday&#39;s Day 1 action. Ballard won the even with a toss of 38 feet, 7 inches. (Dave Ornauer / S&S) 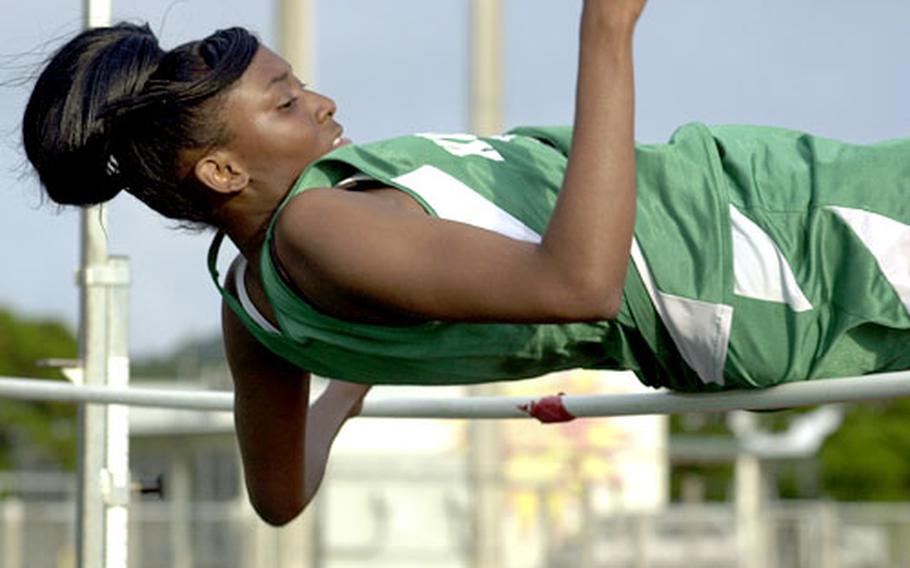 And Kaili Rowland was grateful for the opportunity.

The Samurai freshman and four-sport standout was among about 50 DODEA track and field athletes who got the opportunity to face Pacific-wide competition Friday, the first day of the two-day Alva W. &#8220;Mike&#8221; Petty Memorial meet at Kubasaki High School.

&#8220;Track and field is awesome,&#8221; said Rowland, the lone representative at the meet from Perry, a small school at Japan&#8217;s Iwakuni Marine Corps Air Station.

On a trip paid for by her father, Mike, a chief warrant officer who accompanied his daughter to Okinawa, Kaili competed in the shot put, long jump, 200 and discus, capturing gold in the discus and taking second in the shot put.

&#8220;I want her to get high school competition,&#8221; Mike Rowland said of his daughter, who last competed as a sixth grader in North Carolina. Her last meet was a USA Track and Field national youth championship in Decatur, Ill., in May 2000. She took third in the shot put and seventh in the discus.

In three years at Iwakuni, Rowland has taken part only in base-sponsored 5- and 10-kilometer runs. Her warmup for the Petty meet was a youth competition last weekend at Iwakuni, in which she ran on a cinder track and long-jumped on a grass course.

Throwing despite a broken blister on her right thumb and nursing a sore ankle injured during volleyball season in the fall, Rowland tossed the discus 93 feet, 8&#188; inches &#8212; 17 feet ahead of runner-up LaNoya Foster of Okinawa&#8217;s Zion Christian Academy.

Asked why he let his daughter play through pain for the Samurai in the volleyball, basketball and the current soccer season, Mike said Kaili&#8217;s injuries were no more serious than the aches and pains that come with competition.

Rowland was also to run in the mile and 200 finals on Saturday.

The two noted how meets on Okinawa and in Tokyo are scored differently.

Facing unfamiliar competitors also led to new feats for Kubasaki and Kadena athletes, as individual bests fell throughout the day.

Sophomore Serafina Smith of Kubasaki hadn&#8217;t bettered 4 feet, 5 inches in the high jump before Friday. She cleared 4-8, which put her in second place behind Alana McKinlay of Morrison, who jumped 4-9.

Kubasaki coach Charles Burns put the meet together in honor of Mike Petty, the school&#8217;s former athletic director who died of cancer in 1992. Burns said the athletes benefitted from the diverse competition.