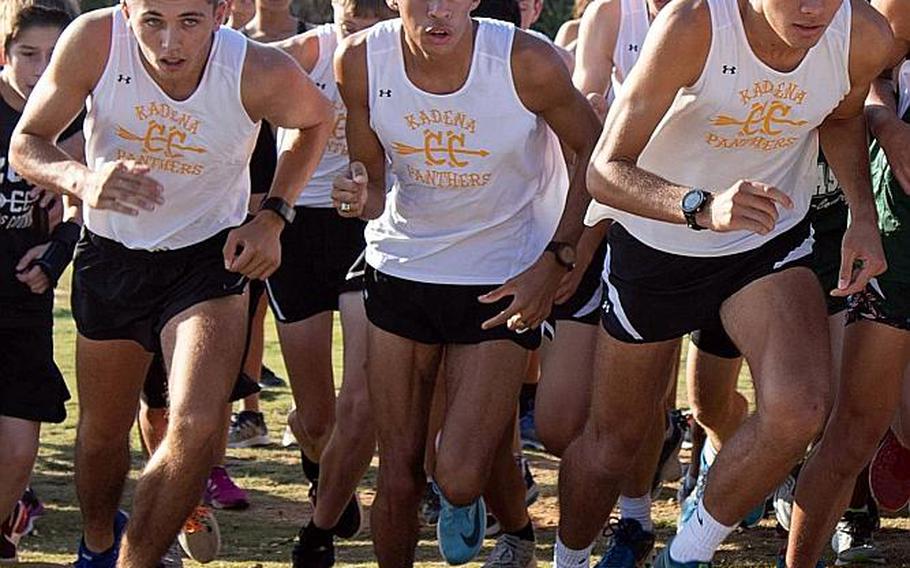 Kadena's Hayden Bills, Trevor Williams and Guy Renquist have each posted times below 17 minutes this season, with Williams running the Pacific's second-fastest boys time, 16:19.1 on Oct. 18 at Kubasaki. (Mary Obsuna/Special to Stripes)

Kadena's Hayden Bills, Trevor Williams and Guy Renquist have each posted times below 17 minutes this season, with Williams running the Pacific's second-fastest boys time, 16:19.1 on Oct. 18 at Kubasaki. (Mary Obsuna/Special to Stripes) 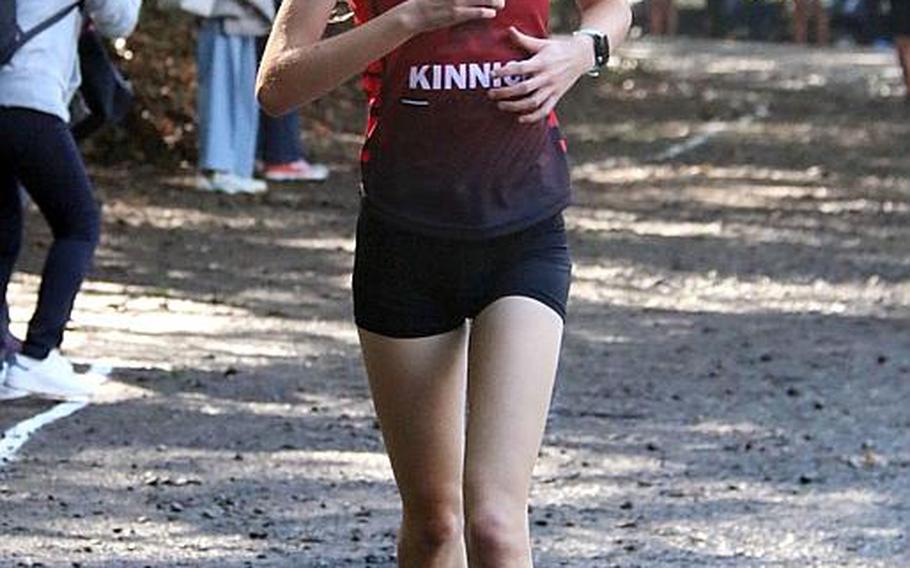 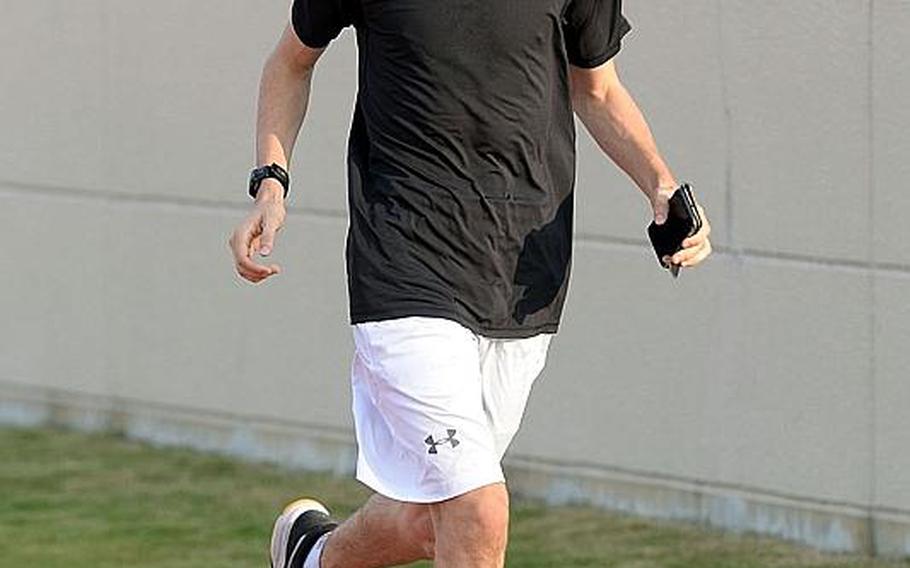 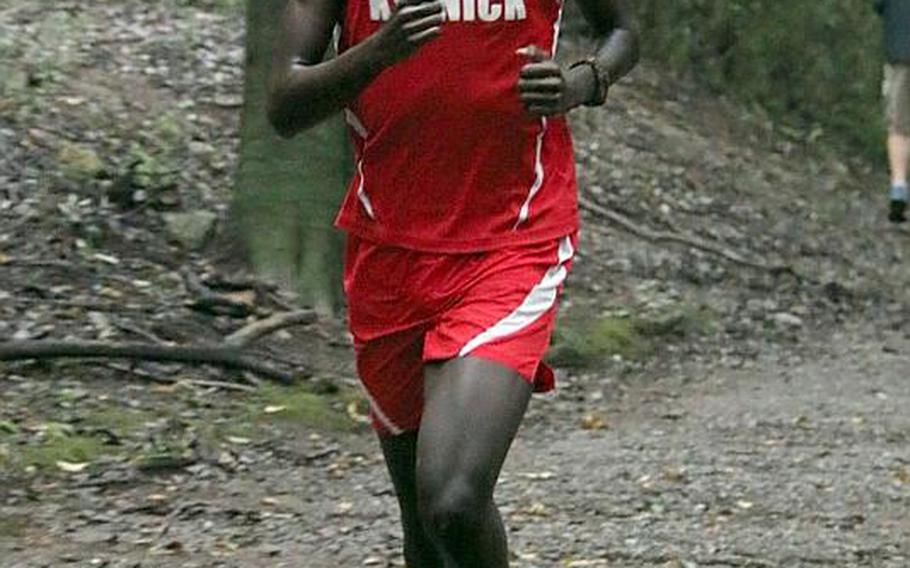 TORII STATION, Okinawa – Due to a new format, Monday’s Far East cross country meet features two-thirds the athletes it did a year ago.

DODEA-Pacific this season mandated qualifying standards of 18 minutes, 30 seconds for boys and 22:15 for girls. The new format and times were adopted last May during a video conference of DODEA-Pacific athletic directors and Far East athletics coordinator Tom McKinney, a former Kadena cross country coach.

Thus, Monday’s field features just 82 runners, compared to 120 last year, McKinney said. The format was adopted to make the Far East meet more like its Europe counterpart, which never featured a team relay, and similar to stateside meets where runners must qualify.

“We want it to be more of a championship feeling for the athletes, not simply a ‘going on a trip’ feeling,” McKinney said. “We wanted to make it more realistic.

“It should not just be time away from school, the kids get to go on a trip somewhere. You’re there for a purpose. It’s a competition.”

But the new format also means a handful of schools are only bringing runners from one gender, and thus are not eligible to win overall school banners.

Two schools, Seoul American and Daegu of Korea, only qualified one runner each. Kubasaki, St. Maur, Christian Academy Japan and E.J. King will only bring boys teams; no girls qualified from any of those schools.

Reaction to the new format among coaches was mostly negative.

Most contacted by Stripes would not speak for the record for fear of reprisal from administration. Privately, some said they believed the motivation was to save money by flying in fewer athletes. Other coaches said the move “further diminishes an already dying event.”

Longtime Kanto Plain meet marshal and cross country observer Bruce Carrick said the format shouldn’t have much effect on Division I schools, but that it’s “way too restrictive” for smaller schools, “especially the girls.”

Osan coach Brad Helsel and other coaches said they were adamant about wanting something besides a 25-minute individual race.

“It’s silly to fly all these kids all over the place for a one-day race,” Helsel said.

If the team relay couldn’t be brought back, they said, alternatives should be sought such as merging Far East with the Asia-Pacific Invitational on Guam.

McKinney suggested the merger idea while he was Kadena coach, but he said it hasn’t been brought up to him by other ADs since he took over his new duties. “If it is brought up, I’ll talk to them about it.”

He also said he’s willing to discuss the relay or other alternatives in future video conferences.

What few schools do have full teams can compete for the overall D-I and D-II school banners, something Okinawa boys champion Trevor Williams of Kadena said he wants.

“With the team that we have, we’re hoping to take home the banner; it would be nice to do it in my senior year,” Williams said.

Kinnick and Kadena have a shot, though Nile C. Kinnick coach Luke Voth feels American School In Japan has the best chance. “They clocked us” in the Kanto Plain finals on Oct. 29, Voth said.