Noah Inahara, an American School In Japan senior, is the reiging Far East and Kanto Plain tournaments boys singles champion and is hoping to defend his titles. (Dave Ornauer/Stars and Stripes)

Noah Inahara, an American School In Japan senior, is the reiging Far East and Kanto Plain tournaments boys singles champion and is hoping to defend his titles. (Dave Ornauer/Stars and Stripes) 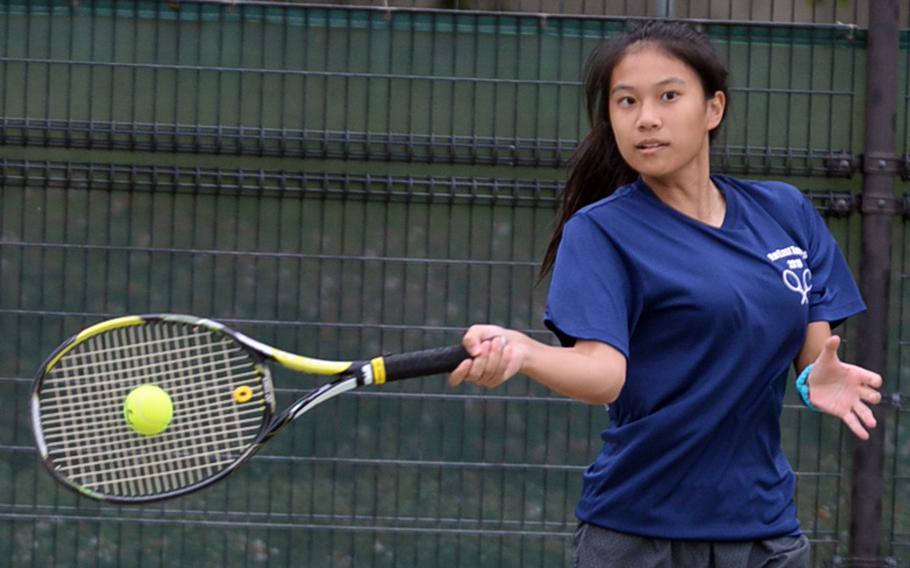 Senior Erin Chang of American School In Japan is the 2016 mixed doubles runner-up and finished third in girls doubles. (Dave Ornauer/Stars and Stripes) 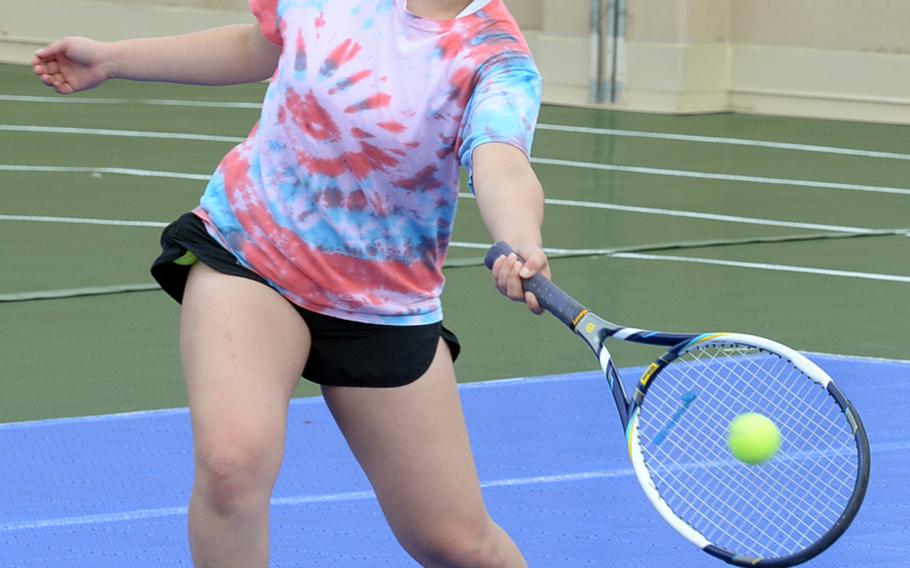 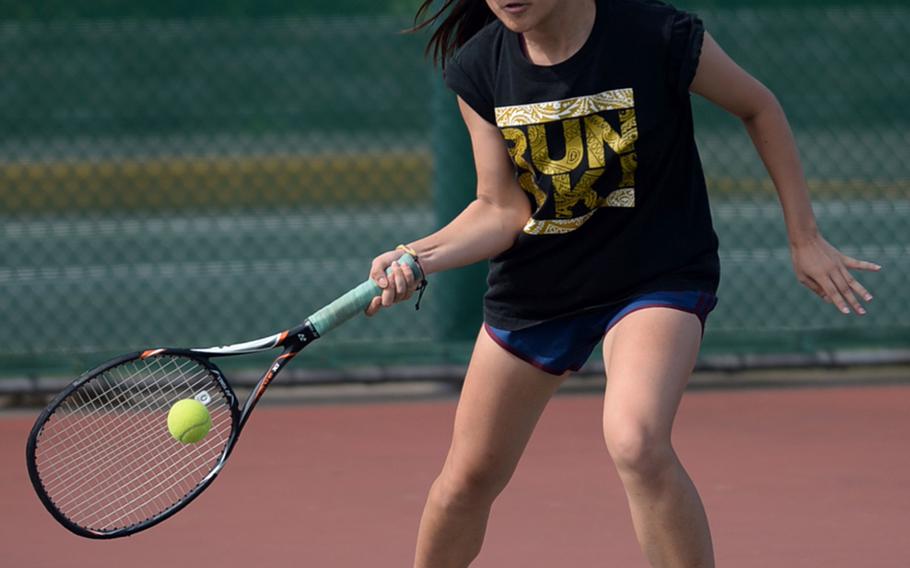 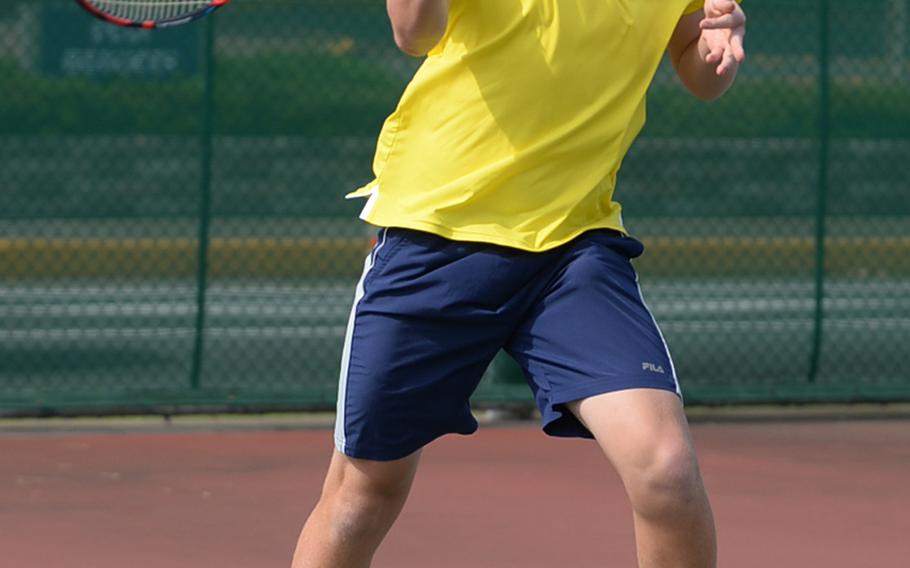 TOKYO – To get to the top of the mountain is enough of a challenge. To stay there? Even more so, especially in an individual discipline such as tennis.

“It’s a fresh start,” Inahara said, adding that there are so many unknowns with a new season, and it’s important not to think about what’s gone on in the past.

“You don’t know who’s out there. New players, new year, and you have to practice harder than you did before and put everything you have into the matches,” Inahara said.

And just as individuals have to put their successes behind them, so, too, must teams not rest on their laurels, ASIJ coach Jen Brown said.

ASIJ has won the overall Far East Division I school banner every year since returning to the tournament in 2012. And Brown, who’s been at the helm every one of those seasons, says her team can’t just show up.

“We still have to play tough tennis,” Brown said. “We can’t let our guard down, because you never know. Every day is a new day. One player starting out the season may be a different player by the time we get to the tournament.”

That was precisely the case last year, when Inahara lost in the regular season to Raymond Maejima of St. Mary’s, only to come back and beat him in both the Kanto and Far East singles finals.

It doesn’t take long, Brown said, for word to get out about players who begin the season as unknown entities. “They’re pretty good at finding out that information” via social networking, Brown said.

Among the challenges players such as Inahara face are veterans such as Seoul American senior Joshua Gagnet, Kubasaki sophomore Shannon Hyde and E.J. King senior Akira Goodman, as well as teammates such as Hoy.

Omachi also found out the hard way that even close rivals such as Piras, whom she beat for the Kanto title last October, can come back just as hard the next time around; Piras rallied to beat Omachi for the Far East singles title.

Thus, Omachi has spent much of the off-season getting ready for 2017, including earlier this month training at a camp in Florida, according to Seisen athletics director Elizabeth Jury.