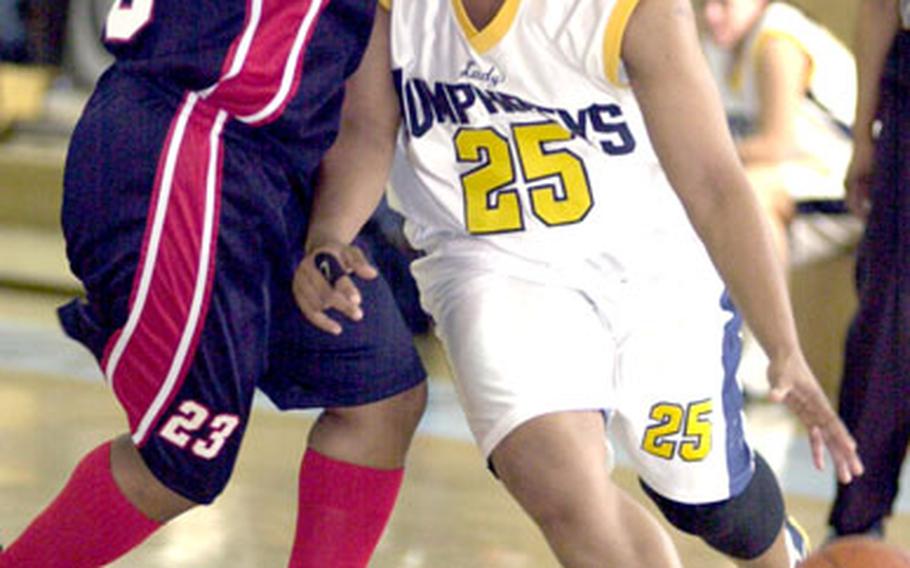 Army improved to 5-0, three games ahead of dethroned two-time champion Air Force (2-3) and Navy (2-3) with one game each left to play. The All-Army team regained the title it held for 12 straight years, from 1992-2003, before Air Force won the last two.

On Wednesday, Army clinched at least a tie for the title by edging Air Force 50-45 in a game in which the airmen held Crawford to six points. But Emily Crowder of Yongsan Garrison, South Korea, came off the bench to shoot 6-for-11 from three-point range and score 20 points.

The All-Tournament and All-Armed Forces teams were to be announced after Friday&#8217;s games, which pitted Army against the Marine Corps and Air Force vs. Navy.