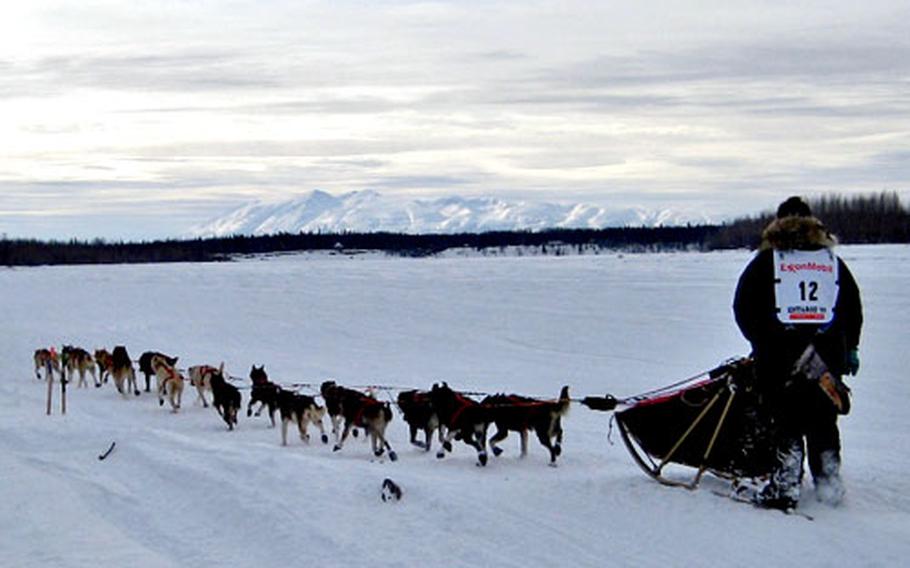 Jake Berkowitz of Anchorage heads out on the trail at the official start of the 2009 Iditarod in Willow, Alaska. In the background is Mt. Susitna. (Wendy Longtin / Special to S&S)

Jake Berkowitz of Anchorage heads out on the trail at the official start of the 2009 Iditarod in Willow, Alaska. In the background is Mt. Susitna. (Wendy Longtin / Special to S&S) 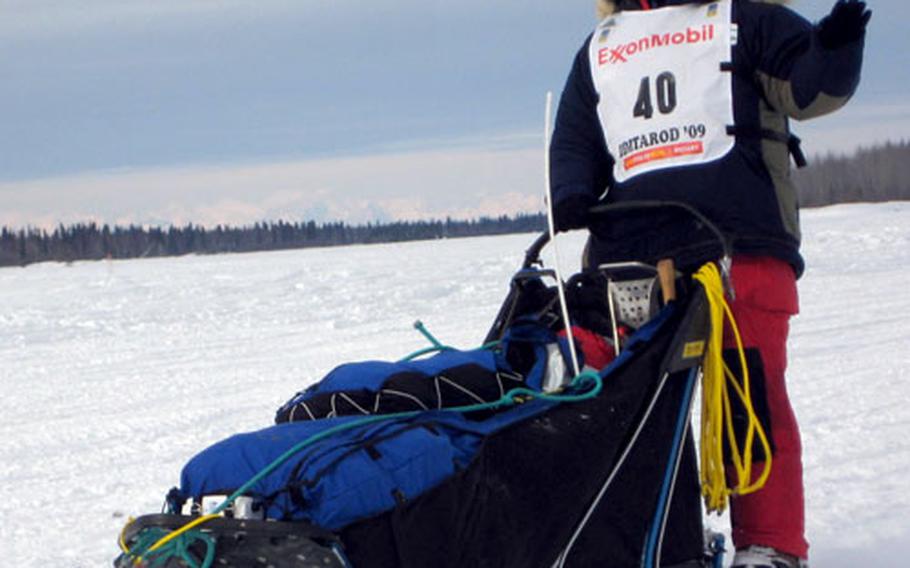 Bruce Linton of Kasilof, Alaska, in the early stages of the race. Linton was running in 19th place at the halfway point on Friday. (Wendy Longtin / Special to S&S) 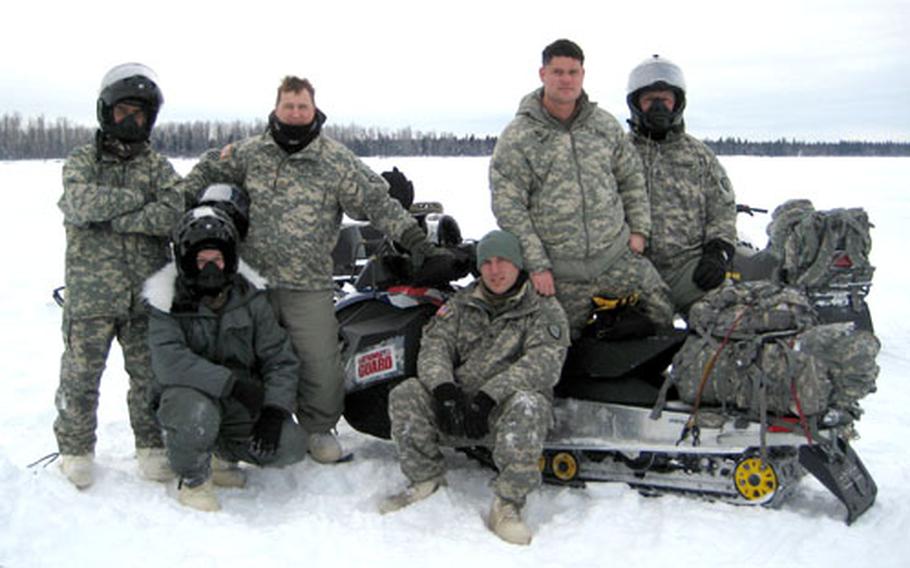 Army National Guard recruitment and retention personnel were out in full force at the race&#39;s start to support one of their own, Staff Sgt. Harry Alexie. (Wendy Longtin / Special to S&S)

Nearly a week into the grueling Iditarod, Army National Guard Staff Sgt. Harry Alexie is running in 41st place as he represents the Guard in the famed sled-dog race from Anchorage to Nome.

Just after midnight on Friday, Alexie, a 31-year-old rookie from Bethel, Alaska, made an 18-minute stop at Ophir before continuing on to the next checkpoint, Iditarod.

In 53rd place is Laura Daugereau of Port Gamble, Washington, who lived on several Navy bases around the world as a child. Running 54th is Air Force veteran and current Elmendorf AFB contracting officer Michael Suprenant of Chugiak. Both were on the trail between Takotna and Ophir Friday morning.

The race leader as of Friday morning was Lance Mackey, who made a quick stop at Shageluk. As the first person to arrive at the Iditarod checkpoint, the race&#39;s midpoint, he earned a prize of $3,000 in gold nuggets. Mackey won the Iditarod the last two years.