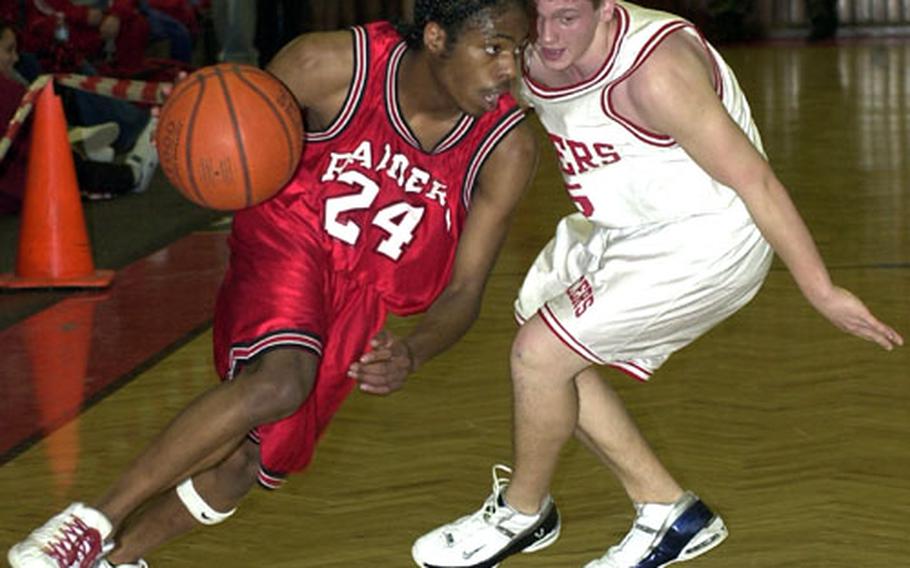 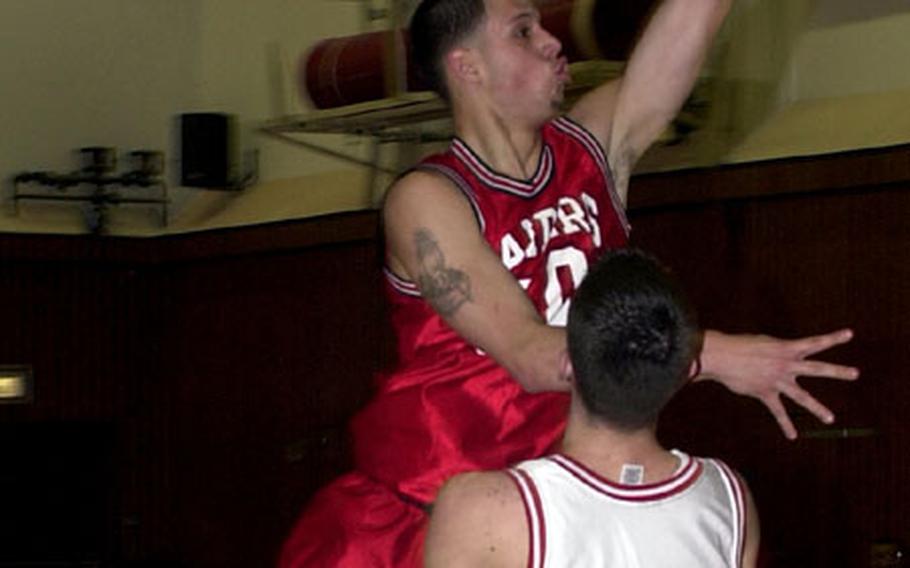 Sheppard totaled 34 points and 14 steals, while Bailey had 31 points and 21 rebounds. Bachtel 31 points in the two games, and snatched 11 steals on Friday. Austin scored 28 points and snared 18 rebounds.

KAISERSLAUTERN, Germany &#8212; Kaiserslautern turned up the defensive heat on Lakenheath Friday night in a 51-43 victory that snapped a three-game skid.

Trailing 41-40 going into the final quarter, the Red Raiders held their guests to a single field goal the rest of the way.

The work paid off.

&#8220;We played great team ball,&#8221; said Middleton, who single-handedly burned 61 seconds off the clock by dribbling the ball without drawing a foul in the game&#8217;s closing minutes.

John Hunt had 12 points for Kaiserslautern, which got back into the Division I race at 2-3. Jose De Jesus added eight points for K-town, including a pair of runners in the lane in the final minute.

John Rogers scores 11 points on Friday and 22 points on Saturday for Lakenheath (3-5).

MANNHEIM, Germany &#8212; James Meeks burned Vilseck for 58 points, and teammate Andre Nelson scored 50 as the defending European Division II champions scorched Vilseck 87-44 on Friday and 88-68 on Saturday to improve to 5-0.

Nelson, who scored 27 points on Friday and 23 on Saturday, also pulled down 24 rebounds, eight steals and six assists in the Bison&#8217;s sweep.

The victories kept Mannheim two games ahead of SHAPE, which downed Hanau twice, in the Division II standings.

The Bison, who are trying to supplant Patch as the Division II conference champions, play at Patch on Tuesday night and at Hanau on Friday.

The Lions will host SHAPE (4-2) on Tuesday and Friday before welcoming Mannheim to Holland on Feb. 7-8.