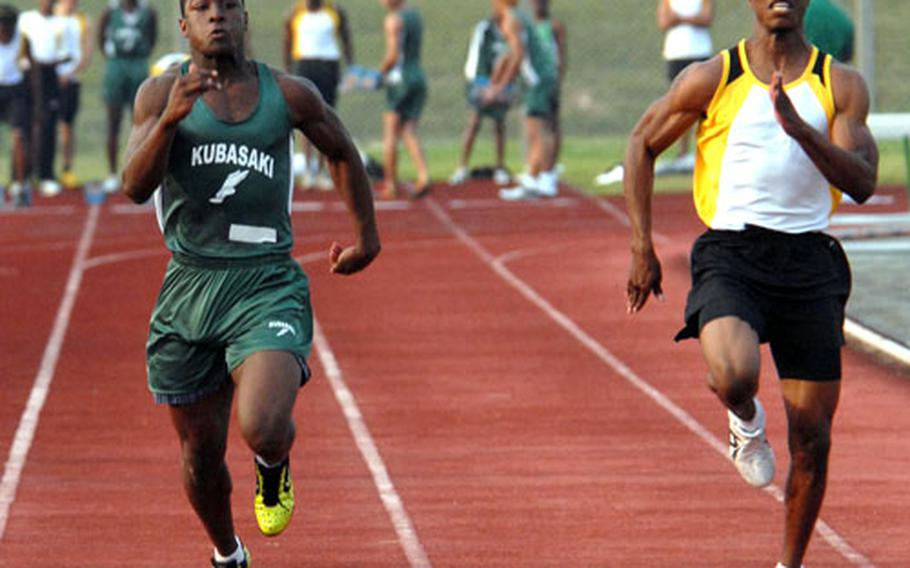 Starting at 3 p.m. Friday, some 300 athletes on 14 teams representing 19 schools from Japan, South Korea, Okinawa, Guam, Taiwan and the Philippines will embark on the latest assault on the record books.

The meet has seen an average of 10 records fall per year.

Kadena&#8217;s boys, with their sprint and relay component of seniors Carr, Roosevelt Payne and Shun Bowens and junior Brandon Harris, hope to do Kubasaki&#8217;s girls one better, chasing a fourth straight title.

The other DOD component is the Seoul Track Club, led by Army Col. Kevin Madden. It&#8217;s comprised of athletes from Seoul, Osan and Daegu American, mainly middle- and long-distance runners such as John Lohr, Kiersten Pak-Blyzniuk and Hannah Boeman, and thrower Mark Lieberg.

The run-up to Petty, coaches say, has inspired a bit of time comparison between regions, which can be both a blessing and a curse: While a movitator, it can also serve as a worry and distraction for athletes.

Some athletes will gun for each other, while others will take aim at the record book, coaches and athletes say.

Zama coach Mitch Moellendick said as many as eight runners could beat 10:30, including Sam Krauth of American School In Japan and the Langley brothers, Joey and Mickey, of St. Mary&#8217;s International.

Determining ahead of time which school might win the team title may be the toughest thing to forecast, he said.