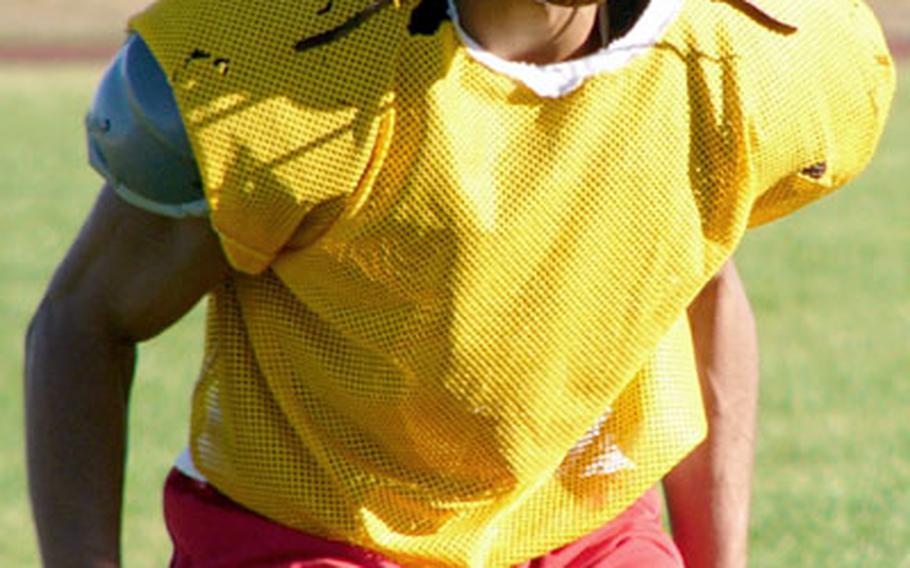 HANAU, Germany &#8212; Returning All-Europe running back Malcolm Lane knows exactly why he was able to open his senior season by rushing for 252 yards and catching passes for 124 in a 27-6 road victory over Kaiserslautern.

Granted, quarterback Ivan James can play a bit, and Lane&#8217;s brother, Corey, and Eric Krause anchor a solid offensive line. But Lane, a 6-foot-2, 175-pounder who also made All-Europe in basketball as a junior, packs a tool kit none of his teammates can match.

Start out with 4.47 speed in the 40-yard dash and a 33-inch vertical jump, both registered at a recent Miami Hurricanes summer camp. Add to those the &#8220;soft hands,&#8221; Lane thinks will be his ticket to the next level, the field of vision all good runners possess and the versatility to play anywhere the Panthers need him. The result, according to Ansbach coach Marcus George, is &#8220;the best athlete&#8221; at last month&#8217;s DODDS-Europe football camp.

Cassou says Lane has the tools to do well in college.

For now, he said his goal is to turn Hanau into a football champion, no easy task with powers such as two-time defending champion SHAPE, International School of Brussels, Patch and Naples among the potential obstacles to winning the Division II crown.