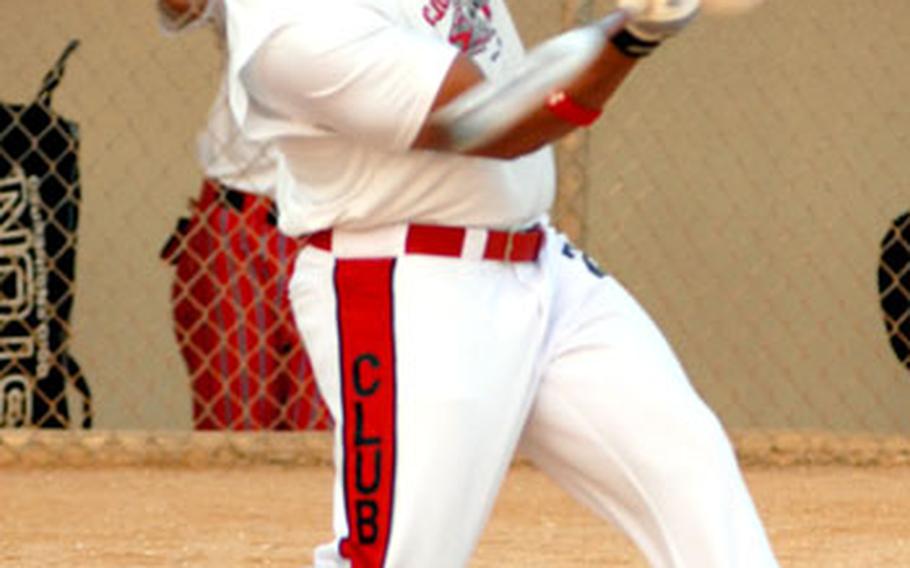 Legion crushed Club Red 33-17 to successfully defend its title in the 13th Kadena Klassic and win its ninth tournament in Pacificwide competition. Chris Stevens led the way with eight RBIs.

The tournament was shortened from seven days to five because of forecast bad weather associated with Typhoon Krosa to the southwest.

Legion sent 14 batters to the plate in a 10-run third inning that made it 20-10. Club Red&#8217;s Shawn Curtis was 3-for-4 with two homers and three RBIs and Chris Petty, Dan Capps and Carlos Cardoza each had two RBIs.

Wednesday&#8217;s biggest winner might have been David DeRemer, Legion&#8217;s left-center fielder who also coaches the Kadena women. He won his first Pacificwide tournament title after taking over for Al Lozano as coach in late July.

&#8220;Defense got us through the whole tournament,&#8221; DeRemer said of Erickson, who started two double plays and made two inning-ending force-out throws, and Yerger, who made two run-saving stops on hits up the middle.

Erickson had contemplated giving up softball after Kadena lost to Yard Busters in the Typhoon Classic last month, but changed her mind, and said she was happy she decided to come back.