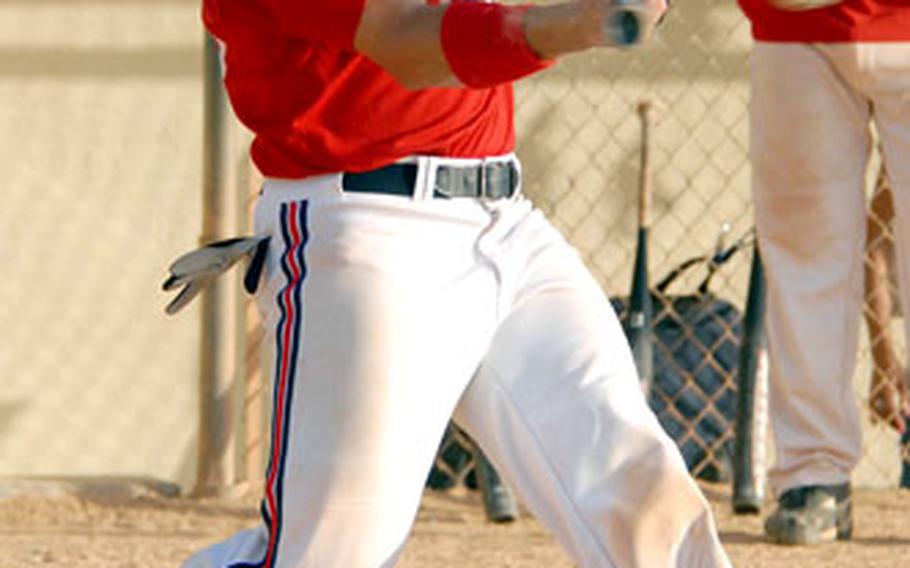 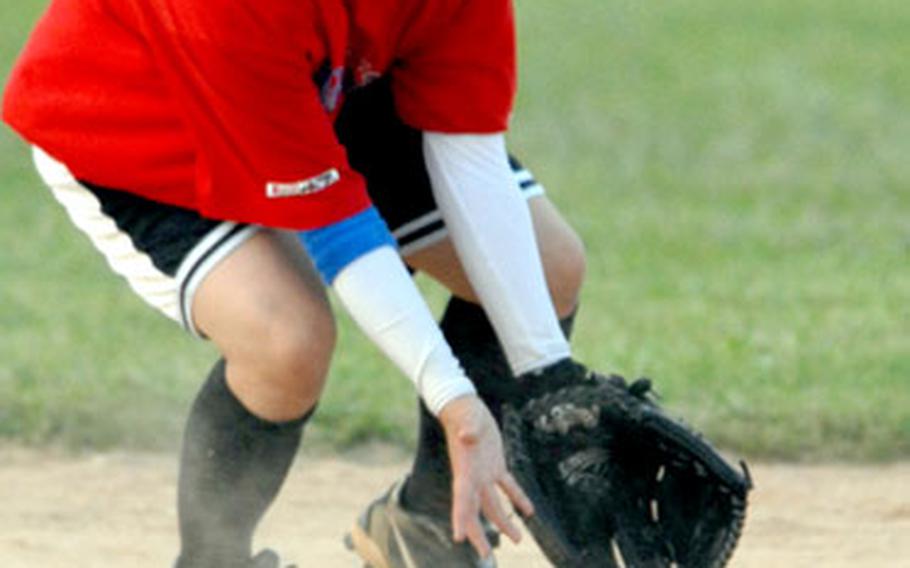 Brooks Veil of Japan’s Yokota Warriors robs an batter from Okinawa’s Benchwarmers batter with a catch at the fence on Saturday. Yokota won 34-6. (Dave Ornauer / S&S) 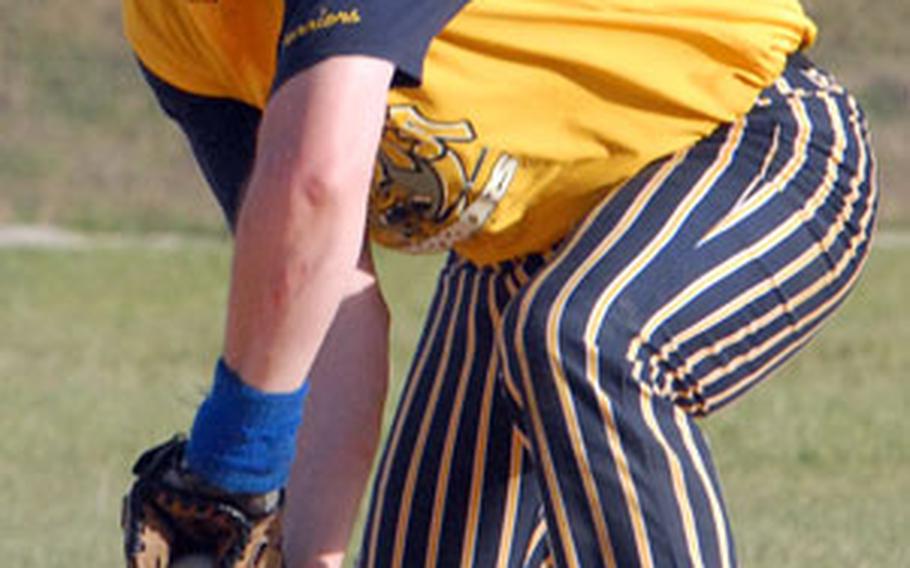 KADENA AIR BASE, Okinawa &#8212; Sept. 21 dawned beautifully at Eglin Air Force Base, Fla. But for the All-Air Force softball team, it might have been midnight.

At the start of the last day of the All-Armed Forces men&#8217;s tournament, two-time defending champion Air Force was on the ropes. Trailing Army by a game, the airmen needed to win all three of that day&#8217;s games and have Navy or Marine Corps beat Army.

&#8220;It was a ray of light,&#8221; Chadd Malin, a three-time All-Air Force outfielder, said on Saturday, the second day of 12th Kadena Klassic tournament.

But the two-week-old memories of Eglin &#8212; where Air Force bulldozed its way to an All-Armed Forces title three-peat &#8212; remained sharp.

Fellow three-time All-Air Force outfielder Jim Flagg of Kadena was gathering laundry when told of the Marines&#8217; victory. &#8220;I thought they were messing with me,&#8221; he said.

Flagg and Malin were among nine All-Service team selectees playing in this weekend&#8217;s Kadena Klassic and in All-Armed Forces tournaments this summer, the men at Eglin and the women at Hill Air Force Base, Utah.

Kurt Tom, assigned to Kadena with Flagg and Malin, made the All-Air Force team for the first time; T.C. Grey of Okinawa&#8217;s 1st Marine Aircraft Wing was tabbed All-Marine for a third time. Tom, Malin and Flagg are playing for American Legion and Grey for Club Red in the Kadena Klassic.

At Hill, Army captured the women&#8217;s title for the second time in three years in a tournament with little drama other than whether Army could achieve its stated goal of going 9-0, something only Air Force had done, in 2002. Army lost the final game 10-9 to Air Force, finishing 8-1.

That would include Yongsan&#8217;s Vivian Colbert, 10-time All-Army first baseman. Their Yongsan teams won the 8th U.S. Army and Koreawide post-level women&#8217;s tournament titles in weeks leading up to All-Armed Forces. &#8220;That was sweet,&#8221; Finks said.