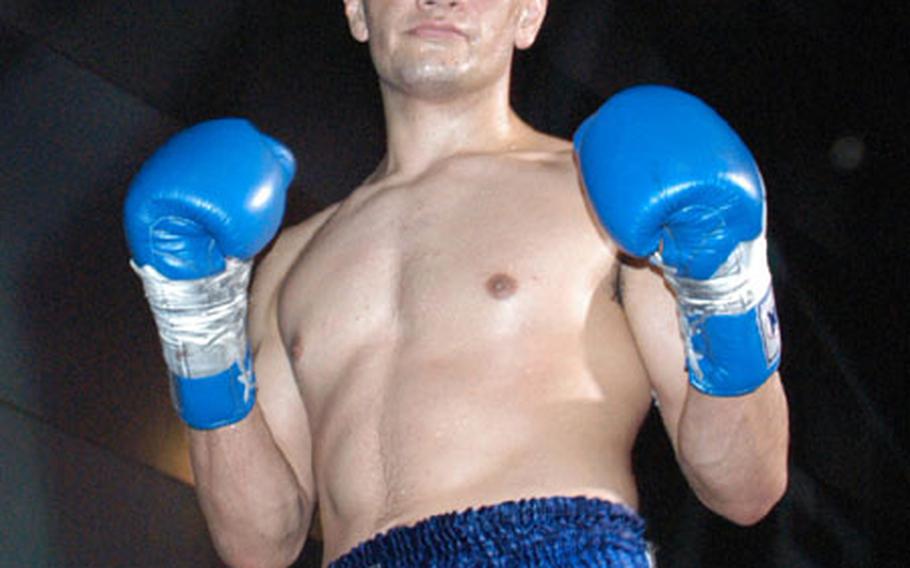 The fighters taunted each other throughout the three-round match and Abe, a shoot-fighting grappler, repeatedly threw Archuletta to the canvas.

Abe was penalized in the first round for throwing Archuletta (18-3-1, 11 knockouts) down.

Kevin Glapion, who travels with Archuletta to be his &#8220;eyes and ears&#8221; from outside the ring, explained the airman had to change his fighting style against Abe.

Glapion said fighting against a grappler is difficult, because &#8220;he waits for you to move then goes for your legs.&#8221;

It was the first time Archuletta, an Albuquerque, N.M. native who belongs to Kadena&#8217;s 733rd Air Mobility Squadron, had fought a grappler.

Archuletta pounded Abe with low kicks to the legs in an effort to get him to drop his left hand; when Abe dropped his guard, Archuletta pounced, throwing combinations.