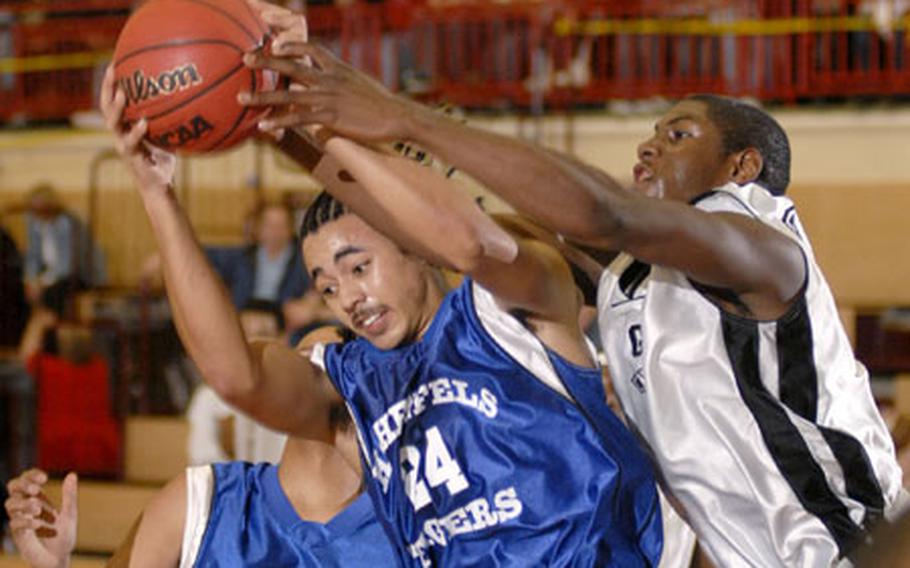 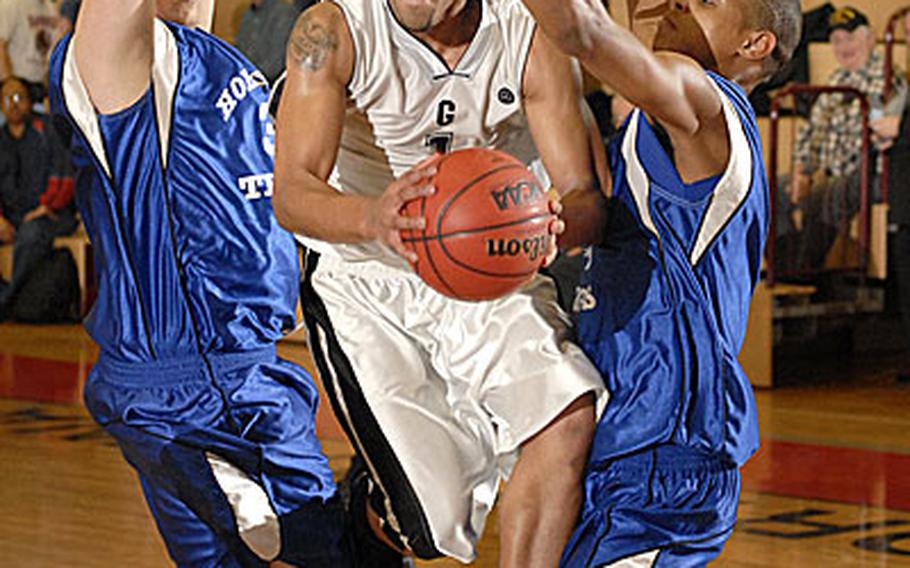 C.J. Battle, a Giessen senior, finds a hole between the Hohenfel defense during the third period of the Division III championship game. Battle was the top scorer with 24 points. (Ben Bloker / S&S) 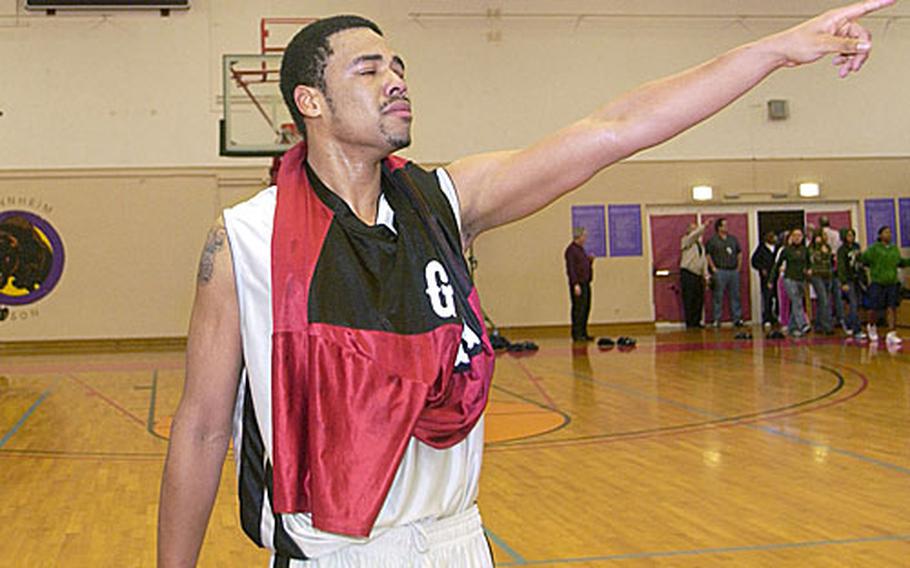 Battle points to fans after the Griffins won the championship. (Ben Bloker / S&S) 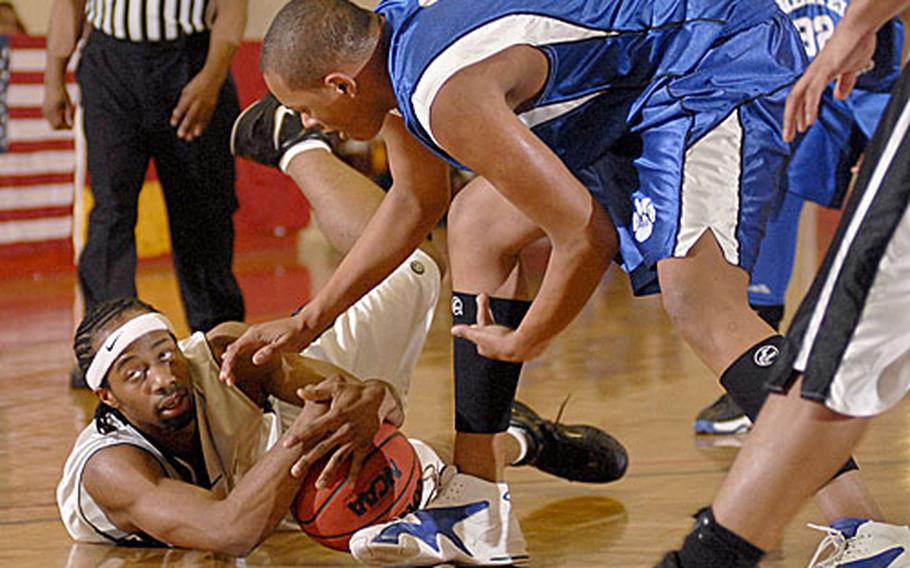 Lester Banks, a Giessen senior on the floor, and Marcus Gaddy from Hohenfel fight for possession of the ball during the second period . (Ben Bloker / S&S)

MANNHEIM, Germany &#8212; The Giessen Griffins played on Saturday as if there were no tomorrow, thumping Hohenfels 77-57 in the European Division III boys championship game behind 24 points from C.J. Battle and 14 each from Rico Rawls and Gary Williams.

Battle, a senior, was playing his last basketball game in a Giessen uniform. So were all his teammates.

The school is scheduled to close its doors forever in June, and the Griffins, who won the Division IV crown last year, wanted to go out in championship style. Two European title plaques in a row fit that bill nicely.

On Thursday, however, going out on top was an iffier proposition than it might have appeared before the tournament began. Hanau, which went 2-12 in the regular season, beat Giessen, which finished the season 18-2, in opening-day pool play.

There was no shortage of intensity Saturday afternoon. Giessen broke a 14-14 first-quarter tie by going on a 17-2 run over the first four minutes of the second quarter. The outburst included three three-point baskets in four tries by Williams, and an active defense that forced seven Hohenfels turnovers.

&#8220;As (Ansbach coach) Marcus George said, the Hanau loss was a blessing in disguise. It got us focusing on our goal,&#8221; said Giessen coach Ron Merriwether, a star player on Giessen&#8217;s 1994 all-divisions European champions.

Laser-focused, as it turned out. Giessen had to prevail twice on Saturday to claim the crown. In a morning semifinal, the Griffins beat a strong Rota squad, which had romped through pool play 4-0.

Giessen, behind 15 points from Lester Banks and 14 each from Battle and Timothy Fleming, withstood a 31-point outburst by Rota&#8217;s Jeff Shelton and 17 from Allen Dowden to win 68-61.

Mike Tillberg led Hohenfels, 48-38 victors over Hanau in Saturday&#8217;s other semifinal, with 18 points in the finale. B.J. Denson added 16, but most of the points from both came after halftime, when the goodbye Griffins, up 40-23, were long gone.

Merriwether indicated his team&#8217;s success did not come easily.

And a lot of teaching, according to Battle.