A year to remember for Seoul American 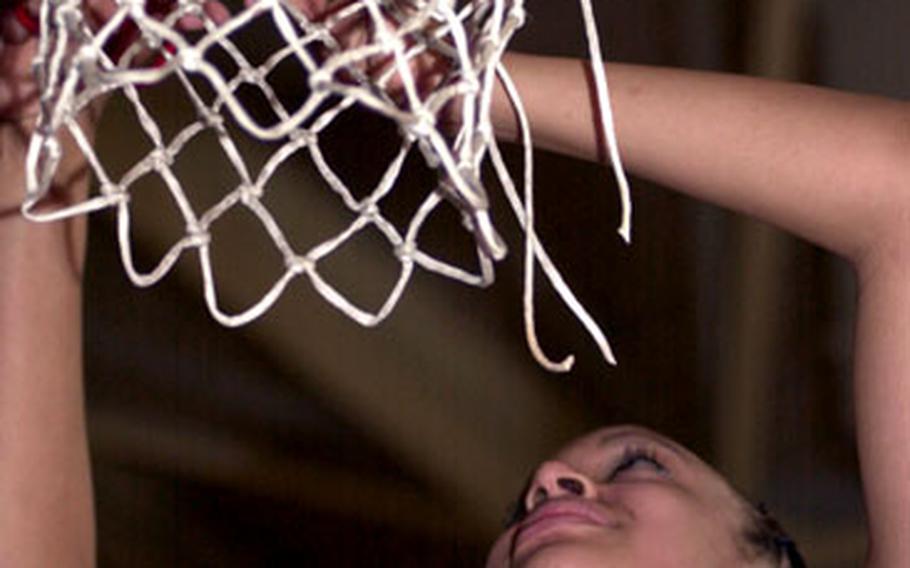 That might be an appropriate question for Seoul American High School athletics officials, given this year&#8217;s trophy spree: three Far East tournament championships &#8212; tennis and cross country (Clark Bean&#8217;s first title in more than 20 years of coaching) in the fall and, Saturday, the girls Class AA basketball title on the Falcons&#8217; home court.

And then there&#8217;s the second-place finishes in football and boys basketball.

Heady times for a program that dominated the Korean-American Interscholastic Activities Conference since its 1973 formation but had little Far East success. Until 2003, the boys and girls basketball teams had just one title each, and cross country boasted only an individual champion.

There&#8217;s always been talent, according to coaches, but the Falcons couldn&#8217;t get over the hump. Once they did, the coaches say, a winning tradition builds on itself.

Carrying the guidon recently have been the basketball teams. The boys captured championships in 2003 and &#8217;04; the girls, the past two years.

Mohn and Boyd cited one 2003 boys tournament game as the catalyst: when Seoul American beat Morrison Christian Academy of Taiwan 68-65 on a buzzer-beating half-court three-point shot.

Added Mohn, &#8220;That first title gave us the competitive drive to come back and win another and everybody caught the fever.&#8221;

Said Harden, who came to Yongsan in 1992, &#8220;Other teams in the Pacific may have more talent but the kids here have figured out that hard work, dedication and sacrifice are the foundation for winning and are their own reward. And they can take that with them the rest of their lives.&#8221;

For instance, junior David Smalls said the championship game losses in basketball (to Yokota on Saturday) and in football (to Kubasaki in November) have him excited about his senior year already.

Avenging those defeats could keep the title run going long after he and his teammates depart, Smalls said.