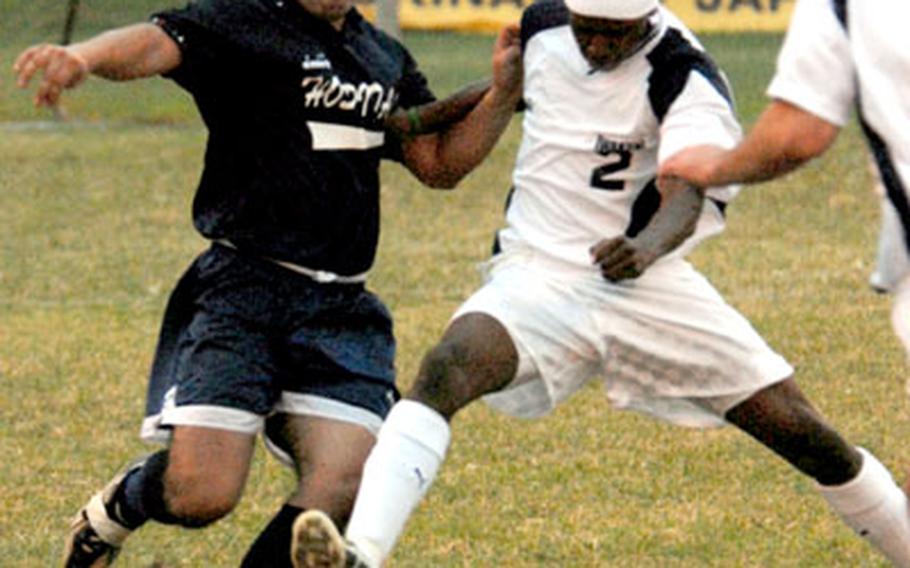 CAMP FOSTER, Okinawa &#8212; With memories of their 2-0 championship defeat in last year&#8217;s tournament still burning in their minds, 3rd Marine Logistics Group began the journey toward Marine Forces Pacific Regional Soccer Tournament redemption with a solid victory in its opening match on Monday.

Victor Aguayo scored the go-ahead goal in the 31st minute and Alex Briceno, Joshua Helms and Michael Stephens added goals as 3rd MLG scored three times in the second half to down 3rd Marine Division/Expeditionary Force 4-1.

Division and 3rd MLG are two of five Marine Corps squads battling for honors in the five-day tournament.

Ten players will be selected for the All-Marine tryout camp Jan. 3-15 at San Diego. They&#8217;ll vie with Marines from the East and West Coast regions for berths on the All-Marine team competing in the All-Armed Forces tournament Jan. 16-23, 2007, at a site to be determined.

That serves as a qualifier for the All-Armed Forces team playing in the International Military Sports Council (CISM) tournament Feb. 3-12, 2007, at Rio de Janeiro, Brazil.

Long before that, Peters and 3rd MLG hope to quash the memories of last year&#8217;s championship loss to 1st Marine Aircraft Wing, which isn&#8217;t participating in this year&#8217;s tournament due to deployments and other duty commitments.

Chalking up that heartbreaking championship loss to experience, Peters says he and his players plan to take seriously every team they encounter.