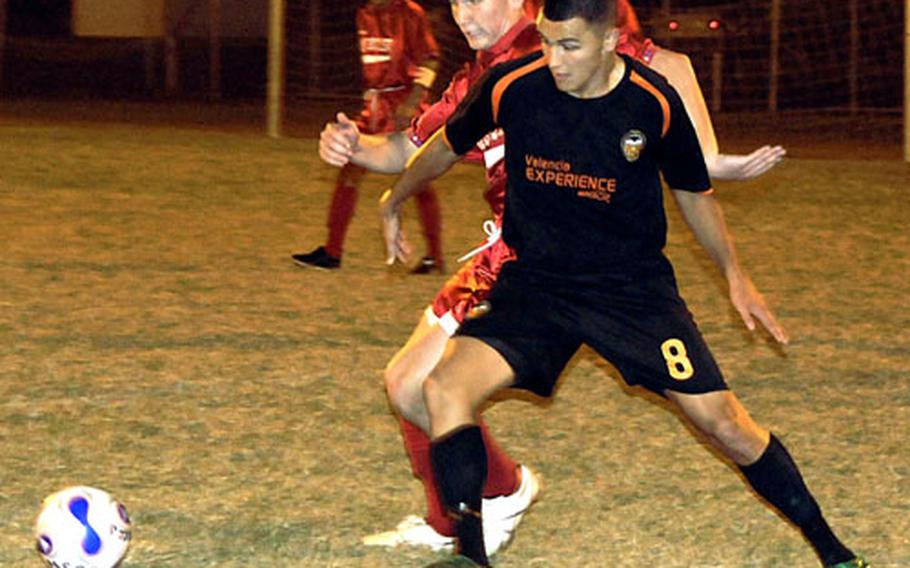 "[It] feels awesome," said coach Nicholas Peters of a 3rd MLG team that had been together only since last Saturday, but featured plenty of veteran blood in Aguayo, Milton Espinoza, Alexis Valencia and goalkeeper Austin Gagner.

"I feel blessed to have the players that we&#8217;ve had. This belongs to them. It&#8217;s their energy, their determination and their never-quit attitude that got us here."

Third MLG beat Base 5-1 last Dec. 14, a match in which 3rd MLG ended what was seemingly a title-match jinx &#8211; it had lost on the big stage four previous times in this decade.

Early on, it seemed as if Base might turn the tables. Mike Muller scored twice early in the first half to produce a 2-0 lead. Valencia and Aguayo answered to tie the contest 2-2 at intermission.

Aguayo put 3rd MLG ahead to stay 24 minutes into the second half with his tournament-high 14th goal, and Adam Rivera sealed it with three minutes left.

A five-day tournament is hard on the body, Base coach Michael Hanson said. "We took too many injuries. &#8230; When you lose starters like that &#8230; it hurts."

They&#8217;ll vie for spots on the All-Marine team slated to compete in the All-Armed Forces Soccer Tournament Feb. 1-8 at Dyess Air Force Base, Texas.

Stars and Stripes correspondent Dave Ornauer contributed to this report.