396 DODDS-Europe football players getting ready for season at camp 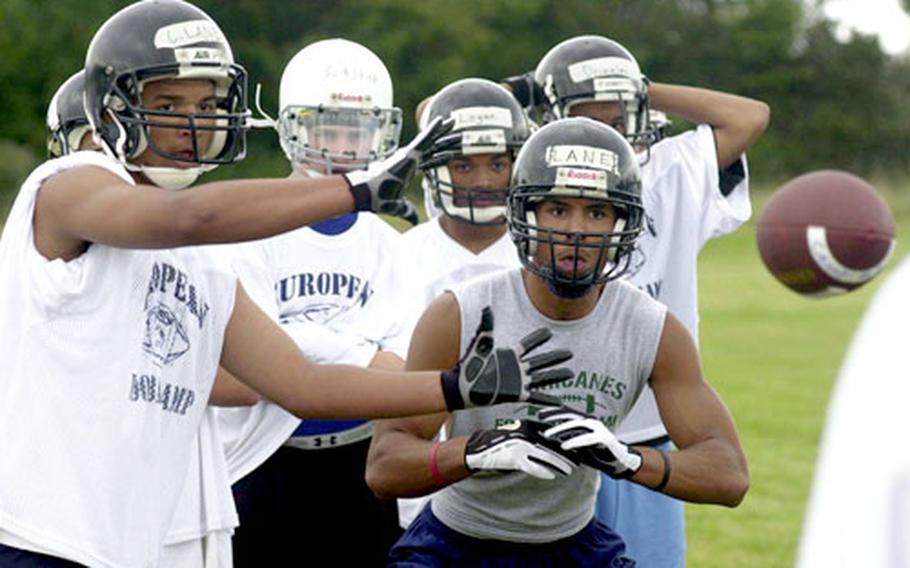 Malcolm Lane, right, keeps his eye on the ball to receive a pass, while brother Corey, left, provides a pair of defensive hands at the DODDS-Europe football camp in Ansbach, Germany. Cory will be a junior, and Malcolm a senior at Hanau High School. (Michael Abrams / S&S)

Malcolm Lane, right, keeps his eye on the ball to receive a pass, while brother Corey, left, provides a pair of defensive hands at the DODDS-Europe football camp in Ansbach, Germany. Cory will be a junior, and Malcolm a senior at Hanau High School. (Michael Abrams / S&S) 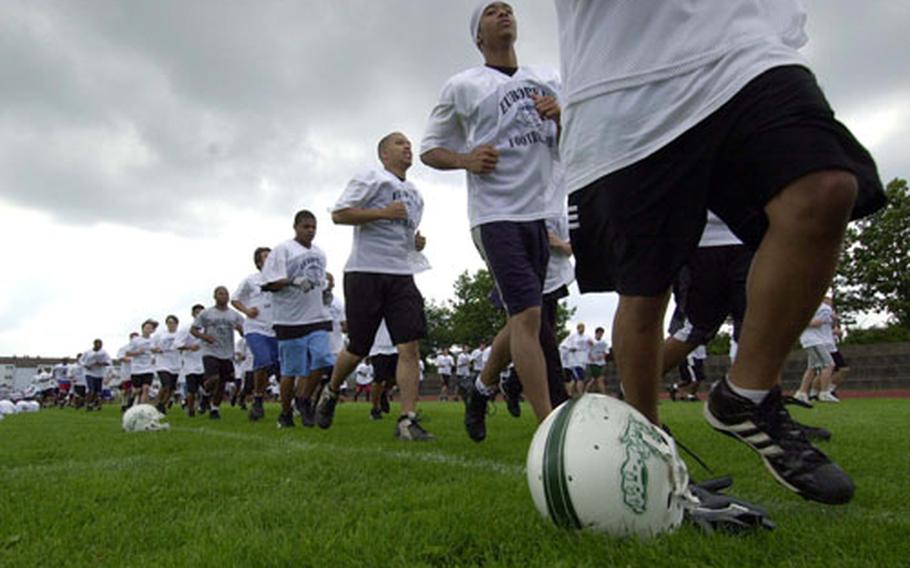 Athletes participating in the DODDS-Europe football camp in Ansbach, Germany run laps around the field at the start of Wednesday&#39;s afternoon session. (Michael Abrams / S&S) 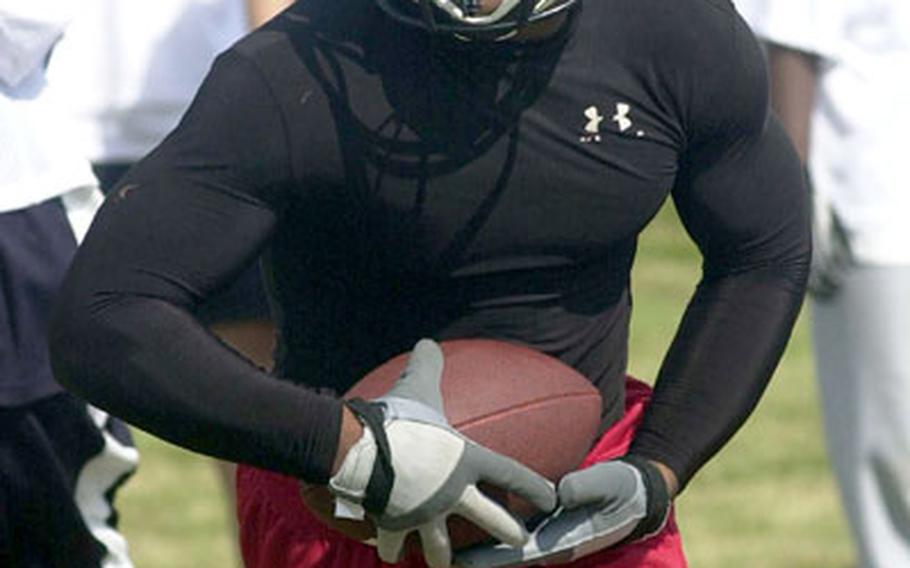 Patch&#39;s Daniel Kennedy runs through a drill during practice for running backs at the DODDS-Europe football camp in Ansbach, Germany. (Michael Abrams / S&S) 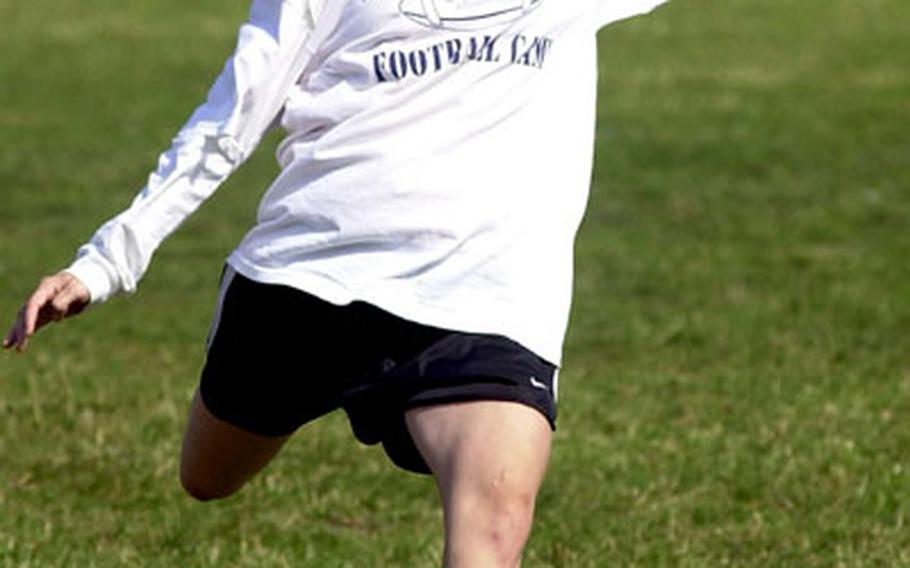 Sabrina Gilg, who will be a junior at Vilseck High School, takes aim at the uprights during a practice session at the DODDS-Europe football camp in Ansbach, Germany. (Michael Abrams / S&S)

It&#8217;s the popping of the pads, the primal growls to get psyched up and the pain of getting into football shape under the August sun.

There are a lot of moving parts on a football field. When players move well together, teams win, as was preached this week at the 2005 European Football Camp, where 396 players from Department of Defense Dependents Schools came to strap on the shoulder pads, snap on their chin straps and get dirty.

There were breakout groups for each position. Receivers were taught to look for the ball after making a cut so it hit them in the hands and not the nose. Running backs were prompted to lock up the ball after a handoff.

Experienced players such as Stuttgart junior running back Daniel Kennedy used the camp to eye the other guys.

Attendance was the second-largest since the camp started in 1987, according to Ansbach head coach Marcus George, the camp director. Forty-one coaches also attended. Twenty of the 28 schools that play DODDS football were represented.

Pride and execution were on the agenda, George said, as was camaraderie.

&#8220;It builds sportsmanship between the schools because we build a lot of relationships out here,&#8221; George said.

For the players, the camp was non-contact. But they did plenty of choppin&#8217; and poppin&#8217; &#8212; a drill called pop-ups where chopping steps were followed by chest-first bounces to the ground and back up again ... 25 times in a row.

The linemen and linebackers banged into tacking dummies and blocking sleds. Flung pigskins pounded into the hands and fingers of pass-catchers. Feet and ankles absorbed the shock of hopping drills, sprints and pass patterns.

Since there also are a lot of moving parts on football players, some experienced their first rolled ankles and pulled hamstrings of the season, as well as their first first-aid.

Eaker, the K-town freshman, is small for a defensive end but not scared. He was among the linemen being trained to keep their butts low, backs straight and chins up.

There was even a group for those kinder, gentler players &#8212; the kickers &#8212; who were taught to boot the ball and not scoop it.

But White, who went 1-for-1 on field goals (a 37-yarder) last season and 27-for-29 on extra points, also feels an occasional jab of his more rough-and-tumble teammates.