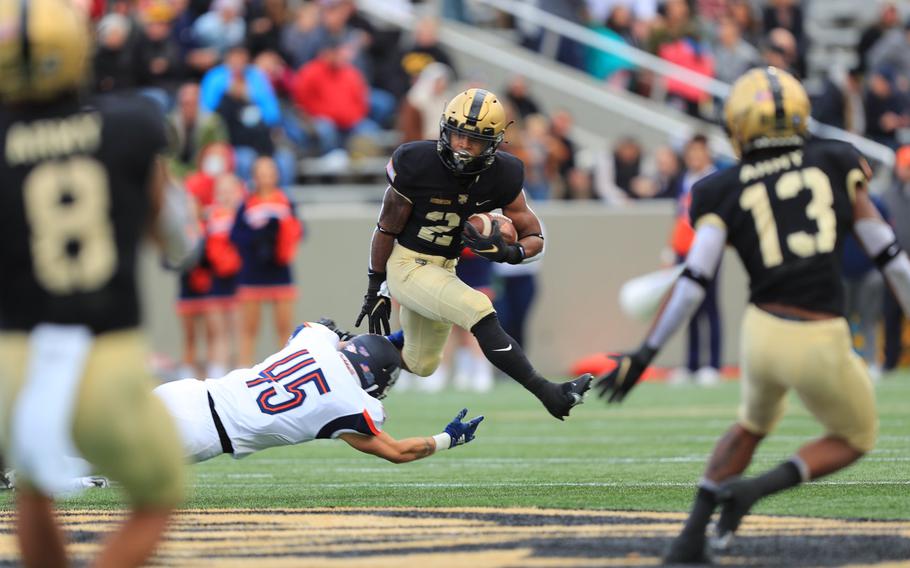 WEST POINT, N.Y. — Jabari Laws passed for a score, Tyson Riley was one of seven Black Knights to rush for a touchdown and Army rolled over Bucknell 63-10 on Saturday.

Army (6-4) became bowl eligible for a second consecutive season, the first time that has happened since 2017-18. It’s also the fifth time in sixth seasons Army is bowl eligible.

The Black Knights scored 21 points in each of the first two quarters to lead 42-0 at halftime. The second half was delayed significantly because of lightning.

Lewis completed the only three passes he threw, including a 22-yard score to Ay’Juan Marshall.

Riley was the only Black Knight to reach double-figure carries with 10 and finished with a game-high 70 yards, including a 4-yard TD run. Eighteen Army ballcarriers turned in positive rushing yards.

Jared Cooper had the only touchdown for the FCS Bison (1-9) on a 19-yard run in the third quarter.