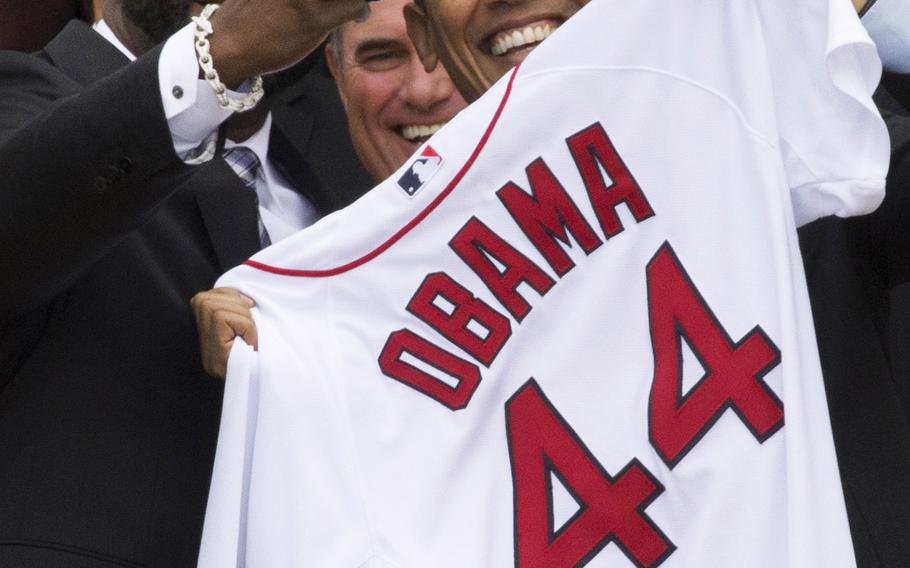 Boston Red Sox designated hitter David Ortiz takes a selfie with President Barack Obama during an April 1, 2014 ceremony at the White House in which the president honored the 2013 World Series champions. (Joe Gromelski/Stars and Stripes)

The Boston Red Sox, whose last-to-first effort in 2013 resulted in a World Series championship, were honored by President Barack Obama at the White House on Tuesday, April 1.