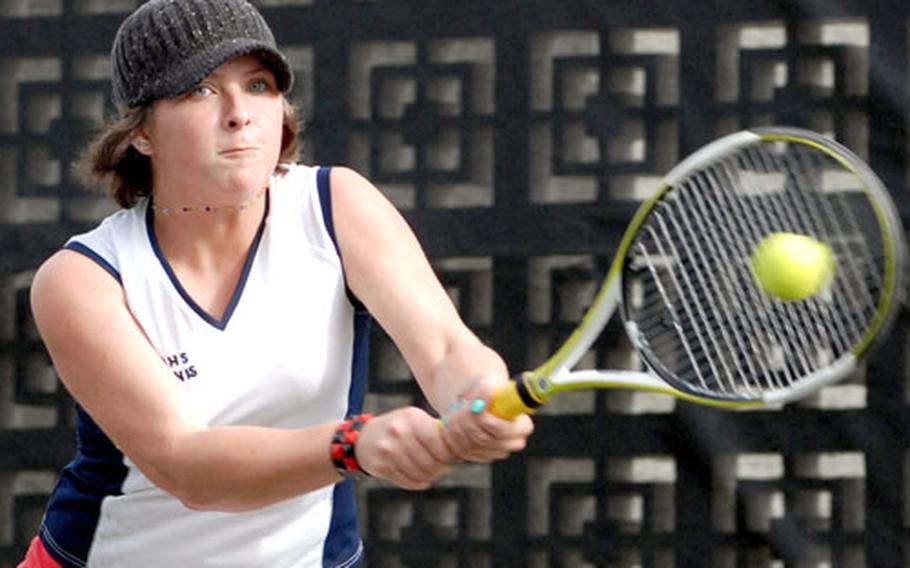 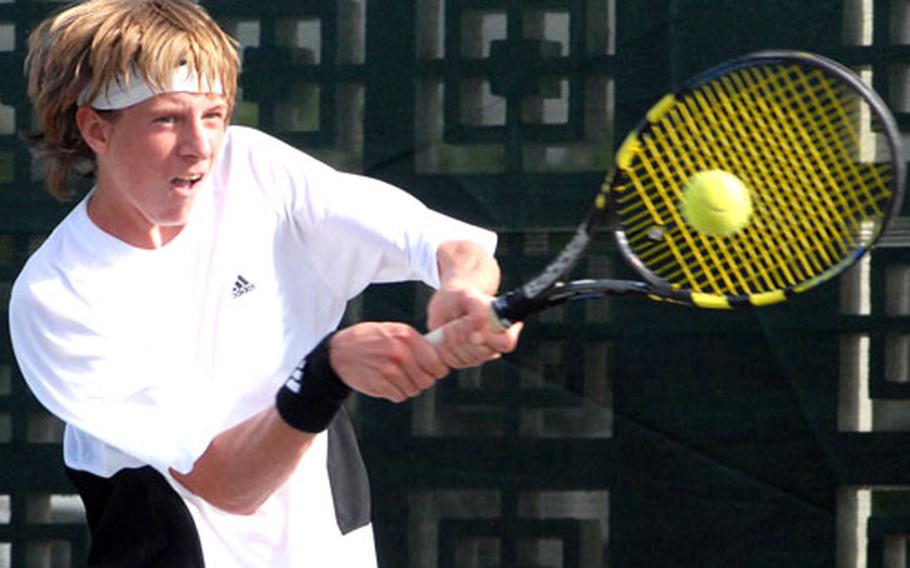 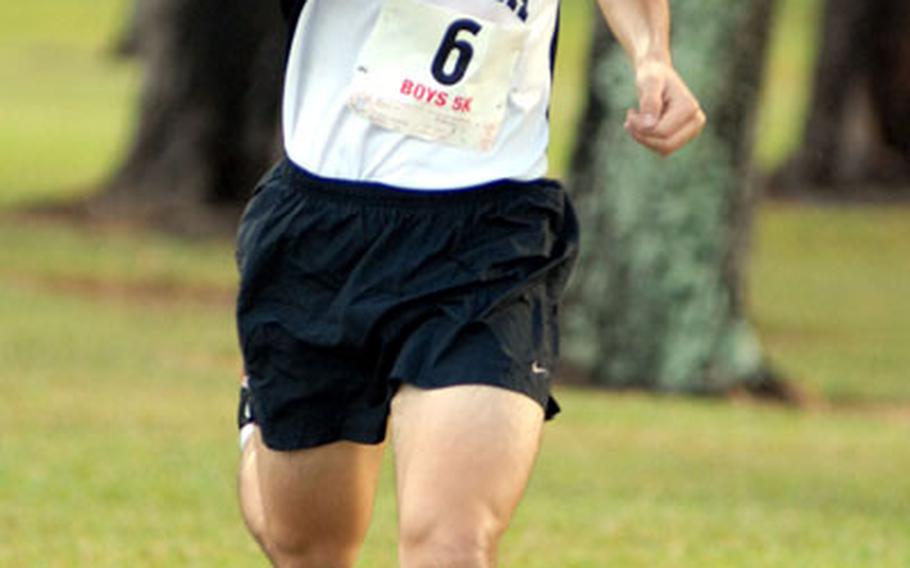 The girls soccer team at Taegu American, now spelled Daegu American, hadn&#8217;t come within a whiff of a Far East Class A tournament title since losing the 2002 championship match.

Isn&#8217;t the first time winning the title something?

The championship matched the Class A banners the Warriors girls volleyball team won in 2005 and the basketball team captured in 2006. And it highlighted a parade of Far East tournament firsts by a number of individuals and teams in 2007.

In the first couple of minutes of overtime, Warriors senior Kat Nufable gathered the ball, split two defenders and made a long run, capped by her shot past Perry goalkeeper Kate Cutshall for the victory.

It capped a 12-7-1 season, including a 6-0-1 run leading to the Korean-American Interscholastic Activities Conference tournament in April that Thompson said led him to believe he had something special.

About a third of the way into the season, things began to click, behind Nufable&#8217;s 15 goals, 16 by Sarah Eades and nine by Aimee Hildenbrand, plus a staunch defense. The Warriors outscored opponents 20-0 in Far East prior to the final.

l Freshman Gee Mi Jorde took first in the girls race, giving Kinnick back-to-back individual champions for the first time, and making it only the second school to do so in meet history.

l Another sophomore, Kyle Sprow of Kadena, did likewise in the Far East tennis boys singles.

l And on the Class AA gridiron, after just missing a season ago in a heartbreaking overtime loss at Seoul American, Kadena and its running back cadre captured the school&#8217;s first Far East football banner 39-13 over perennial Japan powerhouse Yokota.

Eagles fly to repeat of Class A football crown

The big story of last basketball season was Zama American&#8217;s boys, a senior-laden lot that won its first 34 games, a school first. The Trojans won their first DODDS-Japan title and first Kanto Plain Association of Secondary Schools crown since 1994.

But their hopes of ending a 44-year Far East tournament title drought came to an end at the hands of Jacorian Callier and eventual Class AA champion Kubasaki of Okinawa &#8212; the Dragons&#8217; record 10th title.

Faith Academy&#8217;s boys made it a Class A title three-peat, and senior Kirk Long earned a third straight MVP award. His sister, Janel, and the girls won their seventh Far East hoops title in 11 seasons.

A fourth straight Far East Class AA soccer tournament title was not to be for Jen Abel and Kadena, which suffered a stunning 2-1 semifinal loss to Kinnick.

Late in the match, Kadena coach Hoa Nguyen ordered his team to cease playing, citing the fact that the father of one of Kinnick&#8217;s players was the match&#8217;s center referee. A protest was filed but denied.

That opened the door for Kara Koeneke and Kubasaki to win the school&#8217;s third Class AA title, rallying past Kinnick for a 3-1 triumph.

The boys championship came down to a penalty-kick shootout, won by Leo Kobayashi and Christian Academy In Japan, which beat Kadena for the second time in three years.

Yokota still hasn&#8217;t won a Class AA football title, but the Panthers remain the proud owners of the longest regular-season winning streak in Pacific history, with 48.

The guard did change this season on Guam, where George Washington&#8217;s run of four straight Interscholastic Football League crowns came to an end at the hands of the last team to win the title, Father Duenas.

Completing his third straight unbeaten season was the Panthers&#8217; Ray Tenorio. Joining him on the gold-medal stand were fellow unbeatens Tim Hernandez and Zach Nabors, plus fellow senior R.J. Lopez.