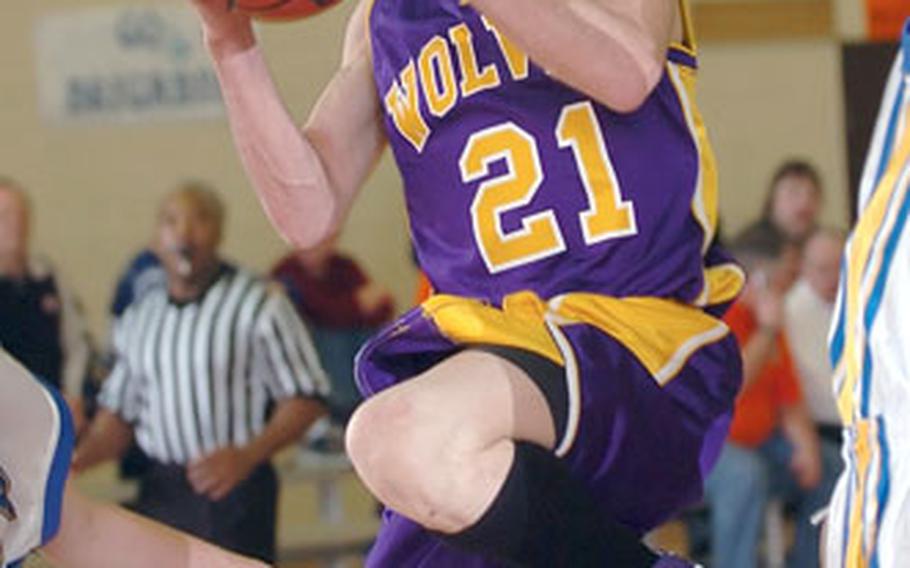 Würzburg’s Jonathan Ortiz drives to the basket against Wiesbaden in the DODDS-Europe boys Division I championship game. Ortiz, who averaged 10.4 points a game, was one of two Würzburg players chosen for the 2006 All-Europe first team. (Raymond T. Conway / S&S)

Würzburg’s Jonathan Ortiz drives to the basket against Wiesbaden in the DODDS-Europe boys Division I championship game. Ortiz, who averaged 10.4 points a game, was one of two Würzburg players chosen for the 2006 All-Europe first team. (Raymond T. Conway / S&S) 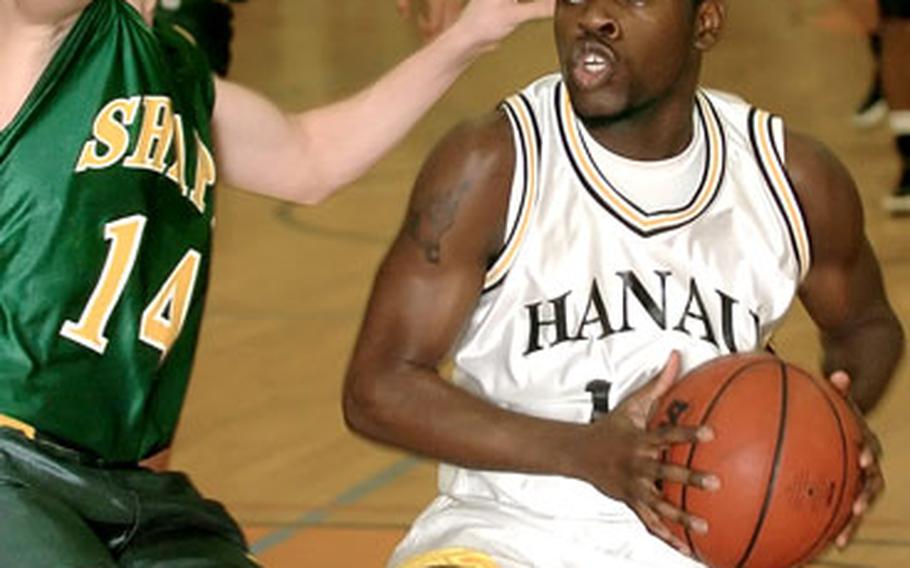 With 400 or so boys playing varsity basketball on courts from Iceland to Incirlik last winter, the task of identifying the best 20 for DODDS&#8217; 2006 All-Europe teams might seem daunting.

The resulting selections produced a senior-laden, 10-man first team led by repeat first-teamers Allen Weaver of Ramstein and Malcolm Lane of three-time European Division II champion Hanau. Eight of the top 10 and 12 of the top 20 &#8212; counting the second team &#8212; are seniors; the other eight are juniors. (See complete roster below.)

Previous All-Europe selections were not nearly as plentiful, however. Only the two players who were repeat selections to the first-team and three players from last year&#8217;s second team &#8212; Wiesbaden senior forward David Bradford, Kaiserslautern junior Jeremy Marshall and London Central junior David Marbury &#8212; made the top 20 in &#8217;06. Bradford moved up to the first team; Marshall and Marbury again made the second 10.

While Archie said the panel&#8217;s objective was to select the 20 best players regardless of position, the 2006 squad shows balance. For example, W&#252;rzburg junior SooSoo Taulelei and Heidelberg senior Damon Fleming made the first team at center, the position they played last season.

Taulelei, who averaged 10 points a game, is &#8220;the best big man in Europe, bar none,&#8221; Archie wrote in his nomination of the junior who&#8217;ll leave Europe this summer with two Division I gold medals in his luggage. Fleming, Heidelberg&#8217;s team MVP, averaged 15 points and nearly 10 rebounds a game.

Hanau&#8217;s two first-teamers, Lane and newcomer Perry Cannie, formed the best backcourt in Europe, according to their coach, Tim Smith.

The other guards in the top 10, Allen Weaver of Ramstein and Johnathan Ortiz of W&#252;rzburg, like Taulelei a two-time champ, were team leaders first and foremost, their coaches said.

According to Ramstein coach Len Tarnowski, however, Weaver, who averaged 16.9 points per game, made the &#8217;06 roster while doing the unfamiliar.

The four forwards on the first team include Tim Battle of Division IV champion Giessen, Charles Whatley of Bitburg and Bradford of Division I runner-up Wiesbaden &#8212; all seniors. The junior in the quartet is Aviano&#8217;s Spencer Templeton, whom coach Ken McNeely called &#8220;a great defender.&#8221;

They round out an all-star team that Archie said is truly representative of the continent&#8217;s best players.