The rarely seen images of death and damage that survived Hiroshima 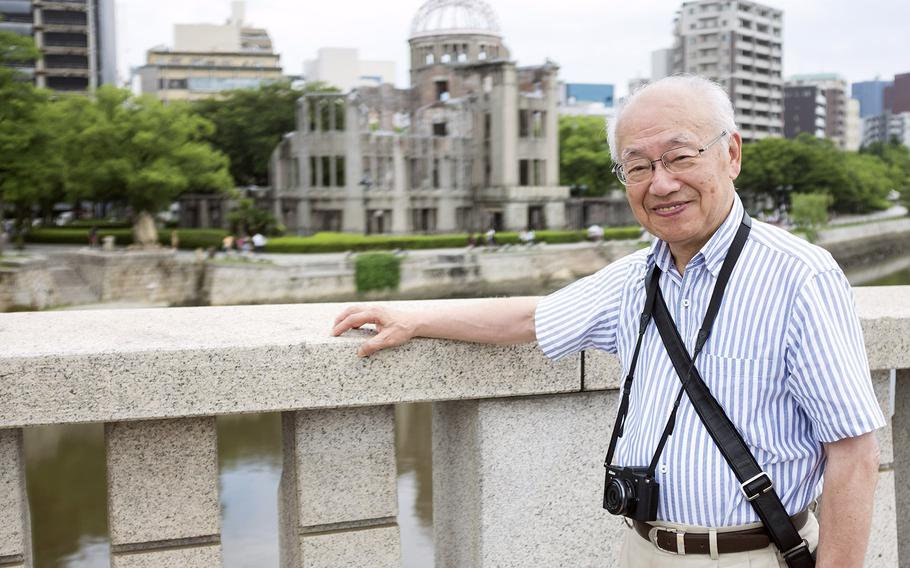 Norihiko Matsumoto, vice president of the Japan Professional Photographers Society and a native of Hiroshima, Japan, is hosting a one-month long exhibition of photos documenting the destruction of Hiroshima following the bomb. The exhibition at Hanzoman Station in Tokyo opened Aug. 4, 2015, and runs through the Aug. 30. (Eric Guzman/Stars and Stripes)

HIROSHIMA, Japan — On Aug. 6, 1945, a U.S. B-29 bomber released a single bomb dubbed “Little Boy” over the city of Hiroshima. The device exploded almost 2,000 feet above the streets. In less than five seconds, at least 70,000 people died, thousands more were maimed and the city was devastated.

The nuclear age was born.

To help ensure that future generations never forget the horrors of nuclear war, a Japanese photography education organization is hosting a month-long photo exhibition in Tokyo’s Hanzoman train station, displaying images that document the death and damage. They were collected over several years for the 70th anniversary of the bombing.

Norihiko Matsumoto, 79, is vice president of Japan Professional Photographers Society in Tokyo and among world’s premier photo editors. He is from one of the rural towns near Hiroshima and went to middle school in the city.

Having lived through the rebuilding years following World War II, Matsumoto says he’s always been fascinated with history. He’s been keeping a personal connection with the most significant moment in the city’s more than 420-year history.

“I started planning to collect pictures from the event. `Where would those pictures be now?’ I wondered. Over time I collected around 200 of them and decided I wanted to do an exposition of those pictures,” Matsumoto said through a translator. “Looking at the pictures, I feel that nuclear weapons are a very grave thing and it’s quite astonishing how disastrous it was.”

Matsumoto collected the photos from museums, city offices and sometimes even family albums. Though many of the photos were destroyed by order of the U.S. Army, several dozen original negatives still remain, hidden from the occupying forces. Many of the remaining photos sit, well preserved, in his Hanzoman library in Tokyo.

“It’s been 70 years, and people are forgetting what happened here,” Matsumoto said. “I want to leave behind these pictures for future generations and also to organizations like UNESCO.

“It’s an important thing for Japan and for the world to remember what happened here. I’ve seen so many of [of the photos] that they do not really move me like they did in the beginning, but the young people were very moved after seeing these terrible scenes. So moved that they teared up sometimes.”