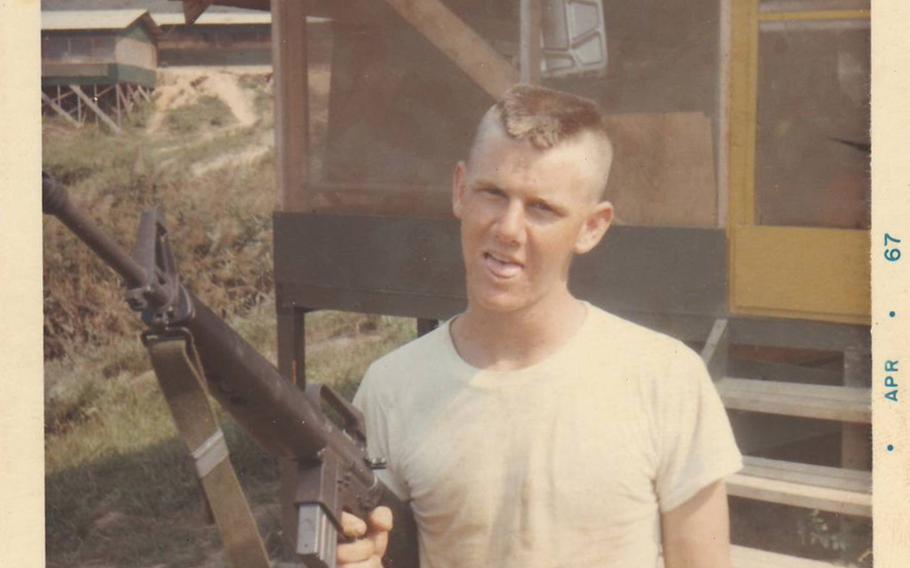 Greg Kleven in Vietnam in 1967. (Courtesy of Greg Kleven)

My strongest memory of the war is laying paralyzed on the jungle floor and watching the smoke from the burning bodies of two NVA soldiers drift through the air toward me.

They were about 10 meters away when I had unloaded a full magazine of tracer rounds (not intentional) into both their chests. This made their skin and uniforms catch fire, and the rising smoke was slowly traveling my way.

I couldn’t get away as I had just taken three rounds from an AK47 that traversed along my backbone before exiting at the small of my back. I was laying spread-eagled on the jungle floor, my right hand firmly around the pistol grip of my M16 but unable to move my legs.

The firefight going on all around me went silent, and the only movement was the trail of smoke. It was only five meters away and growing in size. It was coming right at me. Two days later I was in a Battalion Aid Station receiving care. Seven months later I was medically discharged.