'My buddies were hurt and needed help' 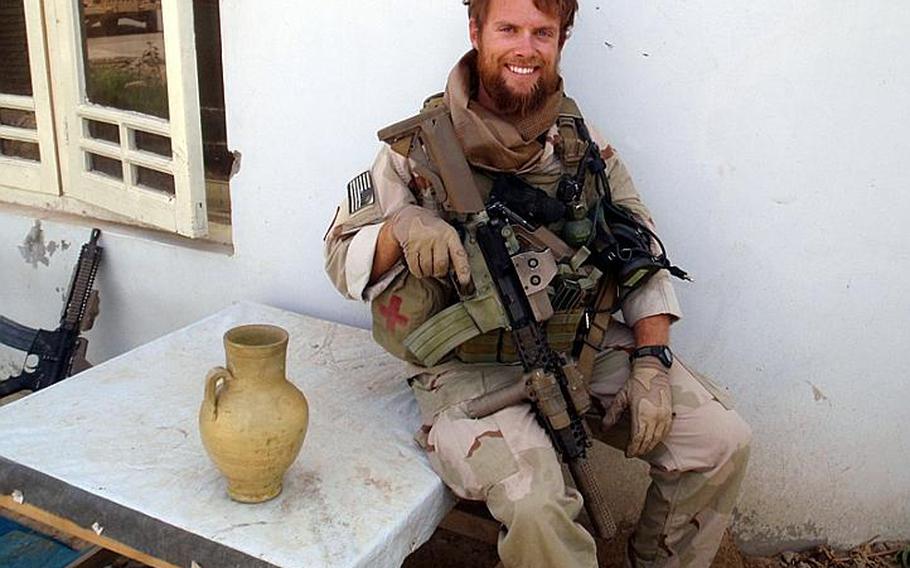 When the powerful blast ripped through his convoy and enemy fighters opened fire from both sides of the road, Army Staff Sgt. Linsey Clarke&rsquo;s first thought wasn&rsquo;t to take cover.

Clarke, a 26-year-old Special Forces medic, knew he had to get to the men in the vehicle that had been mangled by the roadside bomb in the Feb. 20, 2009, attack in southern Afghanistan.

While the rest of Special Forces Operational Detachment Alpha-3123, Czech Special Operations Forces and Afghan army and police who were part of the joint reconnaissance patrol began returning fire, Clarke headed for the burning vehicle in the back of the convoy.

&ldquo;My first action was to begin backing up the truck, so we could support them and begin laying down suppressive fire,&rdquo; Clarke said in an e-mail from Afghanistan, where he&rsquo;s deployed again.

Under heavy fire, Clarke jumped out of his truck and scrambled to the burning vehicle, where he found Staff Sgt. Eric Englehardt with two broken legs and a fractured back. Clarke put a tourniquet on one Englehardt&rsquo;s legs and pulled him to safety. Although he was aware of the danger of enemy fire and of ammunition detonating inside the burning vehicle, he said he had one thing on his mind.

&ldquo;My only concern was that my buddies were hurt and needed help,&rdquo; he said. &ldquo;That was my single focus.&rdquo;

After getting Englehardt to safety, Clarke ran about 100 yards back through the enemy fire to the wreckage, where he discovered Master Sgt. David Hurt on the ground behind the vehicle. Clarke brought the severely burned solider back to safety and passed him off to another medic.

Clarke then returned to the wreckage to help his teammates secure the site while continuing to engage the enemy.

The attack that day was only the second time Clarke, a native of Staunton, Va., had been under enemy fire. But he said his military training left him ready.

&ldquo;The Special Forces Medical Course could not have prepared me any better for the situation that arose that day,&rdquo; he said. &ldquo;All of the practice and the attention to detail that the instructors instill during the hours of training pays off when the real thing happens.&rdquo;

Clarke, who joined the Army after graduating from James Madison University in 2005, said his teammates that day &ldquo;deserve the award and the recognition more than I do.&rdquo;

He didn&rsquo;t tell his family or his fianc&eacute;e, Holly Anderson, about being nominated for the Silver Star until he returned home.

&ldquo;They were surprised and very proud,&rdquo; he said in his e-mail. &ldquo;It&rsquo;s something I have difficulty coming to terms with because it is incredibly humbling. To know what others have done to receive the same award, I don&rsquo;t feel like I deserve it.&rdquo;

According to his award citation, Clarke &ldquo;repeatedly faced imminent danger and at no point, did he show any regard for his personal safety.&rdquo;

&ldquo;Any one of my teammates would put their life on the line for me,&rdquo; Clarke said. &ldquo;And I would do the same for them.&rdquo;