‘She has never quit, and that is what we admire most about her’ 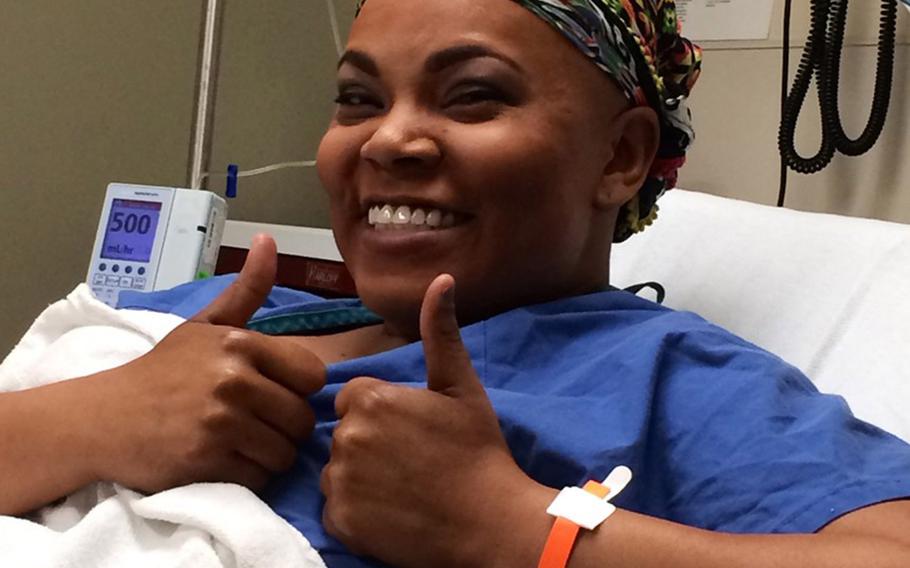 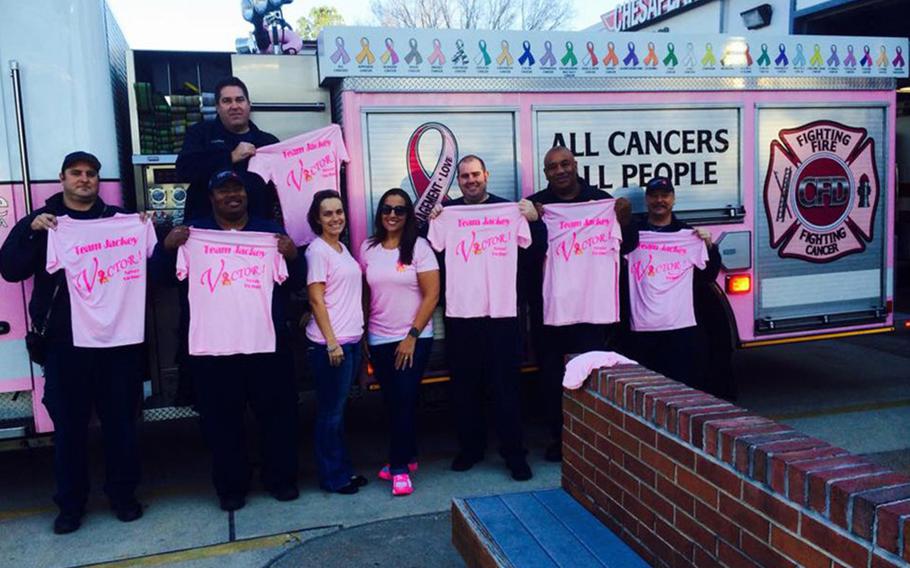 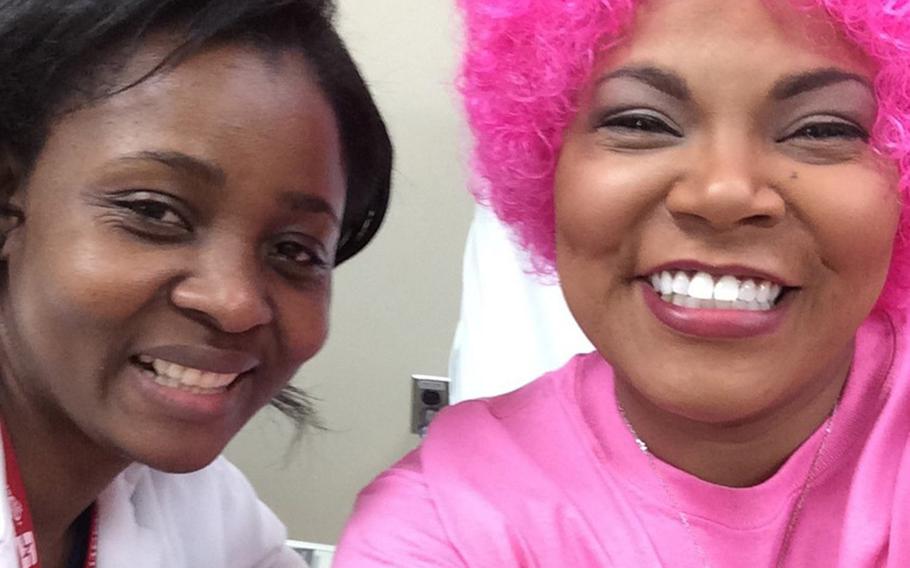 On most days, a combat photographer’s main responsibility is to shoot images. However, during a patrol in Iraq on Aug. 13, 2006, then-Petty Officer 1st Class Jackey Bratt was forced to put down her camera and pick up her weapon to defend fellow servicemembers and Iraqi soldiers from an insurgent attack.

Her actions not only enabled them to remount their armored vehicles and finish the operation, but she also captured images of the combat.

She was awarded the Bronze Star on Jan. 9, 2007, becoming the first female combat photographer to earn the medal. Little did she know that her biggest fight was yet to come.

Bratt, who is now married with two sons and goes by Jackey Smith, is a chief petty officer in the Navy. These days she’s on a different battlefield far from Iraq, but one that has again forced her to put down her camera. In this battle there are no medals; winning is simply surviving.

On July 25, 2014, Smith’s cell phone rang. It was her radiologist at Walter Reed National Military Medical Center, who told her she had stage two breast cancer that had spread to at least one lymph node.

She is documenting her battle — called “Jackey’s Journey” — on the Navy’s official website. Her first thoughts after her diagnosis, from www.navy.mil, were: “I’d been to war, I’d seen some crazy crap, I’ve fought in unfamiliar lands but now war was in my own body. I didn’t have time for stupid cancer! I was making calls to line up my next gig — sea duty in sunny San Diego! God laughed at my plans though. I told God, ‘I know you will never give me more than I can handle, but really, you have a sense of humor!’ ”

By the end of the year the cancer had spread, and doctors upgraded Smith’s condition to stage three. “There’s been times that I have been paralyzed by fear,” Smith said in an interview. “Those are times when I’ve had to lean on my faith heavily.”

It took surgery and removal of her lymph nodes in her left arm to combat the cancer, along with 6½ weeks of radiation.

“Since my diagnosis, I noticed that I’m much more empathetic and vulnerable,” she said. “I used to pride myself on being able to accomplish things on my own.”

Despite her physical weakness, her will has remained strong. The ongoing series on the Navy website offers a firsthand account of life with cancer, which has been an inspiration and a cautionary tale for sailors across the fleet.

From “Jackey’s Journey”: “Cancer changes us, there’s no doubt about that. ... It’s also ignited a flame that I refuse to let be burned out, a calling to the young women and men (because yes, men can get breast cancer) in the Navy who often ignore the warning signs that our bodies provide. We are provided with some of the best medical care, yet make excuses to avoid anything that may take you out of your work center. I encourage young women to do self-breast exams and immediately make appointments if any abnormalities arise. Early detection saves lives.”

“I am forever grateful for having been inspired by Chief Smith,” he said. “She has always been a natural born leader. … She has never quit, and that is what we admire most about her.”

Many family, friends and co-workers have rallied around her, describing themselves as “Team Jackey.”

“Having cancer has made me rely on my team of doctors, my co-workers, my kiddos, my husband and my friends,” Smith said. “Cancer doesn’t have to be a death sentence. It’s become more of a life sentence for me.”

While Smith still has daily medical appointments, she seems to be prevailing. Her treatment will be complete in August. She hopes the oncologists then will give her the all-clear so Operation Remission can commence.

“Cancer will never win, even if it takes my body,” she said.