‘It was probably the worst fight, honestly’ 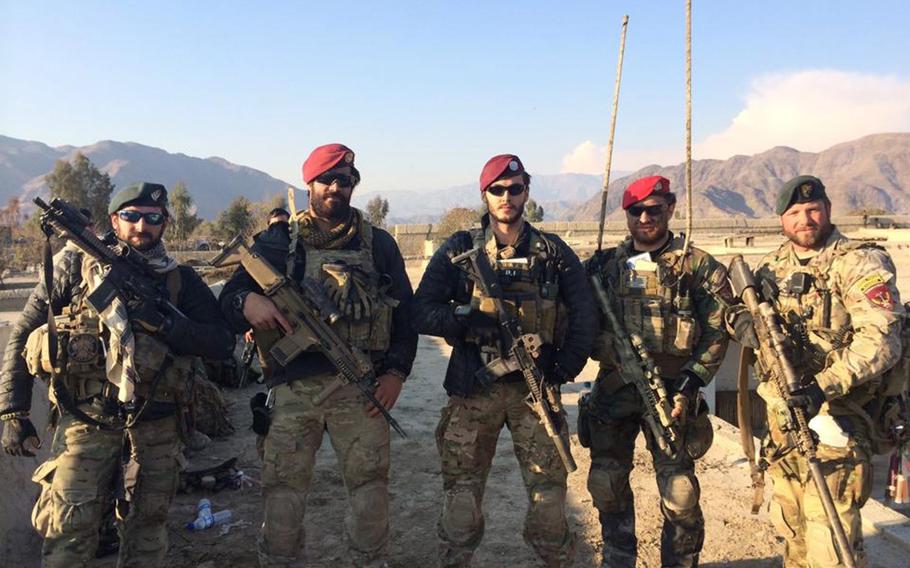 U.S. Air Force Senior Airman Frank Troiano had two injured men with him, was taking fire from insurgents with a superior position and was trying to get out of a village in Afghanistan’s Tagab district.

Troiano’s goal was to reach a landing zone less than half a mile away, where a helicopter could pick up the injured. One was being carried on a litter by Troiano’s team; the other was being dragged in a sled-style litter. Troiano and his team could not see the enemy, surrounded by the high walls of buildings that made up the narrow alleyways — Troiano called them “channels” — but the enemy could see them.

“It was pretty effective fire, so bullets impacting about, like, five or 10 feet from your position at least, hitting the walls or the dirt in front of you …,” said Troiano, who is now a staff sergeant. “It was pretty difficult to find their position, so where we thought the enemy was coming from, that’s pretty much where we were turning around firing at.”

Troiano, a pararescue jumper stationed at RAF Lakenheath, England, would receive a Bronze Star with “V” device for valor for his efforts Nov. 10, 2013, treating three casualties after exposing himself to danger to reach them, according to his award citation. He also took charge of Afghan commandos to defend the wounded.

The mission started quietly. Troiano and a team of U.S. Army and Air Force and Afghan special forces moved into the village under cover of darkness. Using a compound as a base, the team began conducting patrols to look for insurgents and weapons.

Tactically, the village favored the insurgents. Vegetation provided hiding spots; the high-walled buildings that fronted the village’s alleys restricted vision; and the presence of civilians limited options because of collateral-damage concerns.

The shooting started in the morning, after a group of servicemembers left the compound on patrol. Insurgents attacked from buildings, giving them what Troiano described as a “pretty good line of sight” on the base and the patrol. Troiano returned fire from the roof of a building.

An Afghan commando on the patrol was shot in the shin and brought back to the compound by his comrades. Troiano left his position and treated the wounded man, who suffered broken bones.

Troiano took him to a landing zone for medical evacuation, then returned to find his unit still engaged by the enemy. He took position on a roof and continued fighting for most of an hour until two Afghan commandos near him were shot by an enemy sniper.

While others tried to suppress the sniper, Troiano ran to the injured men and pulled them to a safer position. One had a relatively simple wound. The other had been shot in the shoulder, but the bullet had exited out of his lower back.

Troiano and a team of American and Afghan servicemembers were transporting those men when they were engaged in the alleyways. He said the insurgents had moved into another group of buildings that overlooked the route, which gave them the ability to take well-aimed shots at the team.

Troiano took charge of the Afghan commandos, directing their fire while moving the casualties.

The Afghan commandos “don’t really have much experience, and since me being the medical professional … I wanted to take control of them to ensure the safety of the patients,” Troiano said.

He said the missions, while they had strategic objectives, were also opportunities to train Afghan servicemembers. He described them as doing “pretty well.”

“It was pretty easy to organize them and get them to grab the patients and take them out,” he said.

The effective fire from the insurgents stopped after five or 10 minutes because the team had moved farther away. “I’m assuming they just weren’t able to see us,” Troiano said, and eventually they reached the landing zone.

Troiano does not know what happened to two of his patients, but does know the third did not recover from his injuries.

Troiano and his team remained in the area for the rest of the day, but he said they were not able to advance through the village because of the insurgents’ superior position. They waited until nightfall before leaving.

“It was probably the worst fight, honestly, just because of the tactical advantage that the insurgents had,” he said.