‘I wasn't going to leave my guys on the ground’ 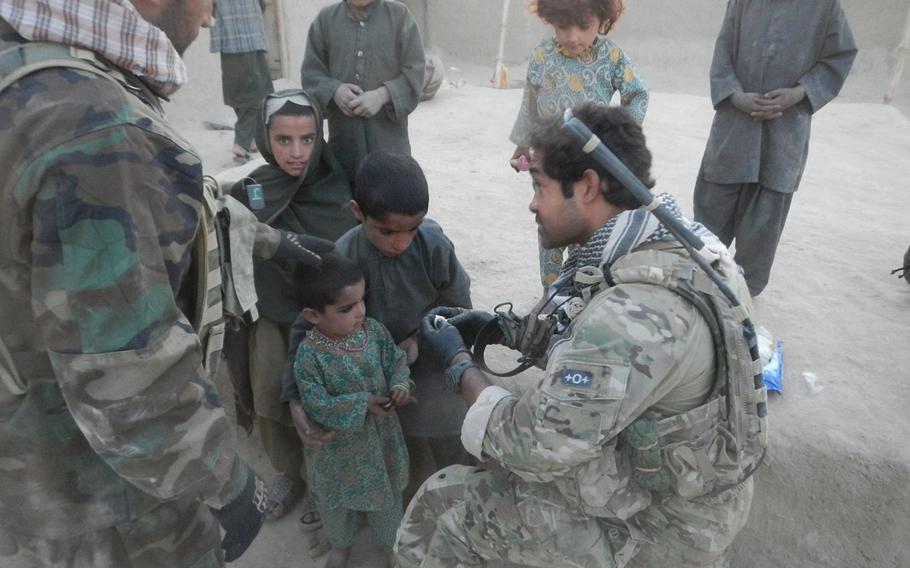 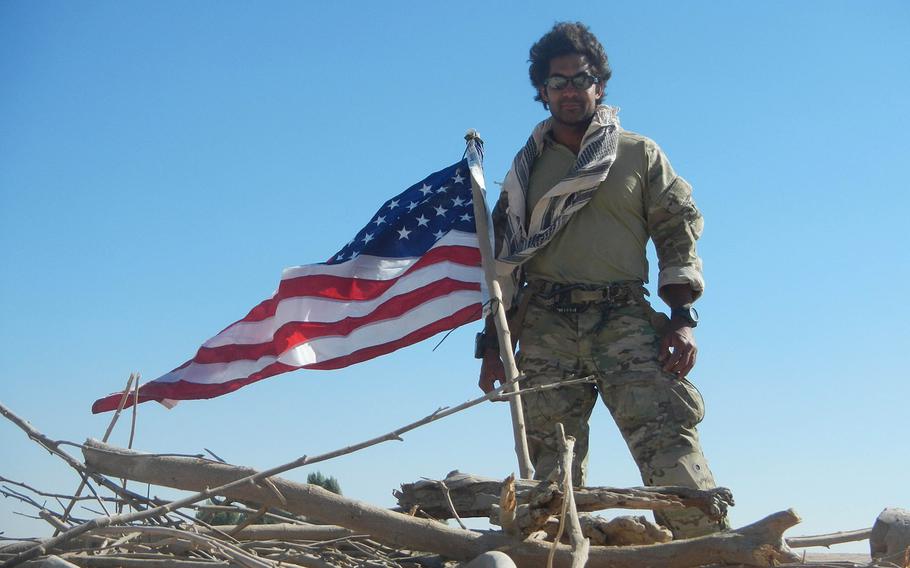 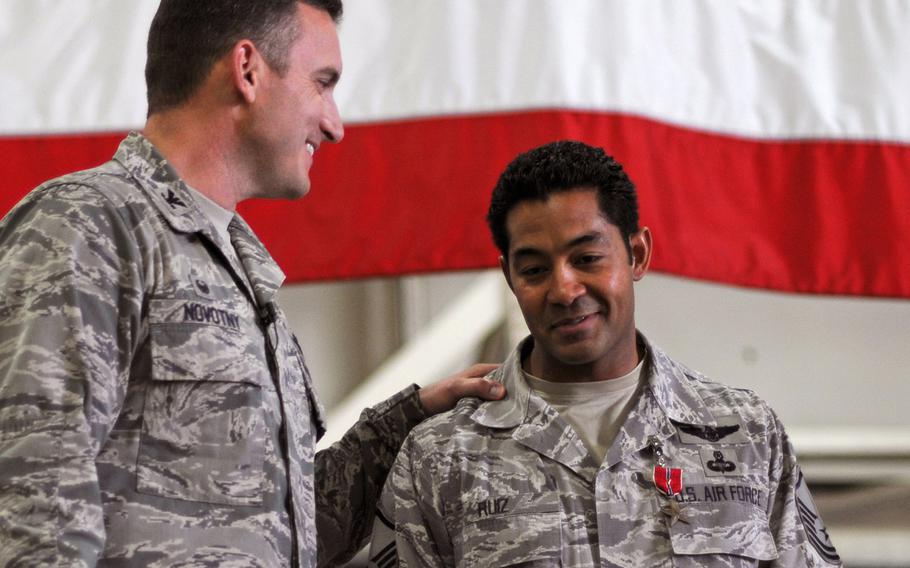 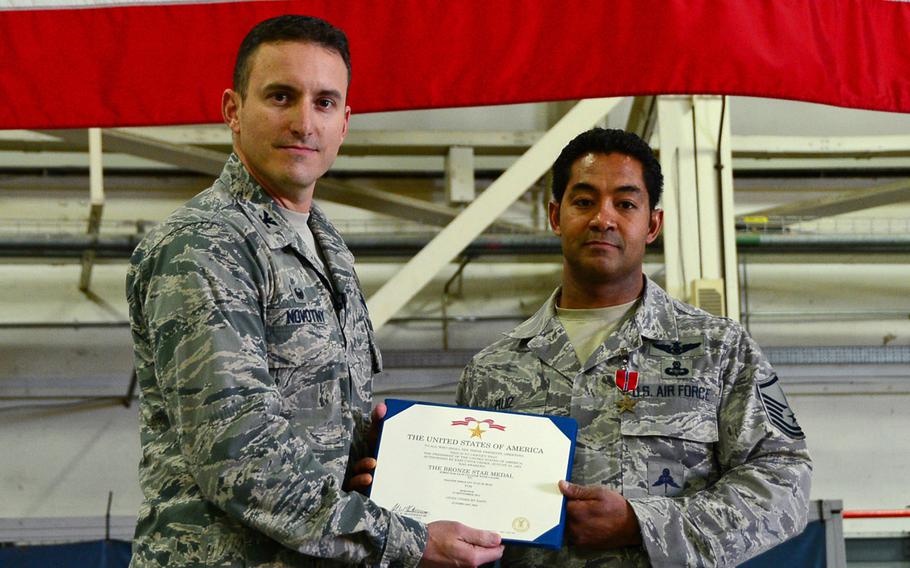 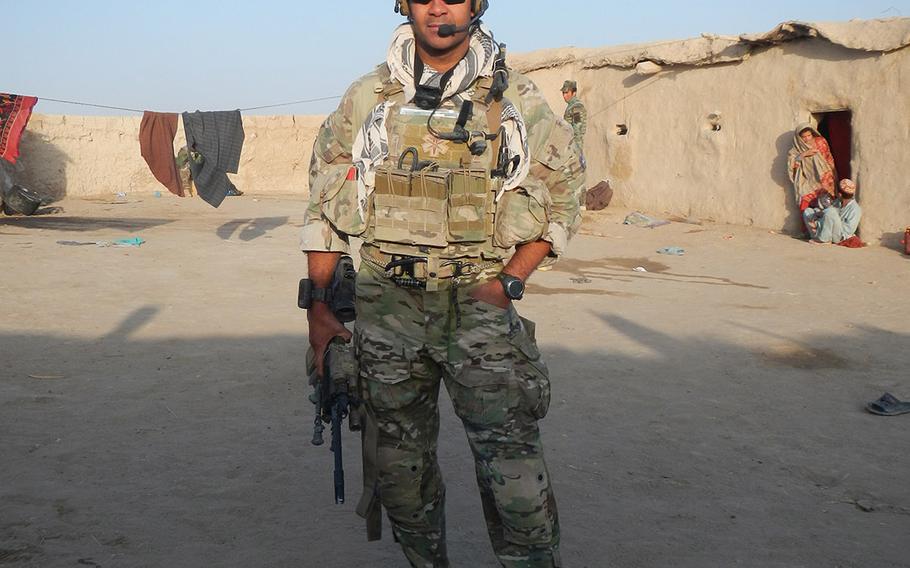 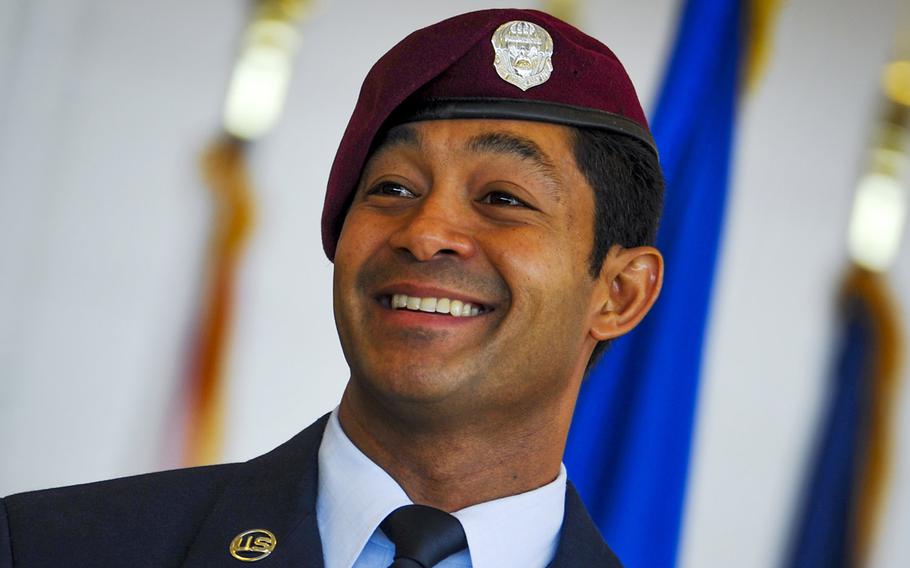 Master Sgt. Ivan Ruiz, a pararescueman from the 56th Rescue Squadron, Royal Air Force Lakenheath, England, smiles after being presented the Air Force Cross for extraordinary heroism in combat during a ceremony at the Freedom Hangar on Hurlburt Field, Fla., Dec. 17, 2014. The Air Force Cross is the second highest U.S. military decoration a member of the Air Force can receive. (Christopher Callaway/U.S. Air Force)

A basic rule of warfare, known by everyone from generals to video game enthusiasts, is to fight from behind something. A rock, tree, building — anything that stops a bullet will do.

U.S. Air Force Master Sgt. Ivan Ruiz ignored that rule Dec. 10, 2013, when insurgents opened fire on his position. In the courtyard of a compound in Afghanistan, Ruiz stood alone with nothing but darkness between him and enemy gunfire and grenade attacks.

He could not retreat because two wounded U.S. servicemembers lay nearby and were just as exposed as he was.

The Air Force would later acknowledge his actions by awarding Ruiz, a pararescueman stationed at RAF Lakenheath in England, the Air Force Cross, one of the service’s highest awards for “extraordinary heroism” and second only to the Medal of Honor.

Ruiz and his team of U.S. Army and Air Force and Afghan special forces were inserted under cover of darkness by helicopter in Kandahar province.

Their mission was to clear the area, and intelligence reported insurgents were present with a large cache of weapons and improvised explosive devices.

Once on the ground, they met some resistance but overcame it relatively quickly. One compound was identified as harboring the enemy and Ruiz’s team called in air support to deal with them.

Their team received fire from insurgents on a building, but they neutralized them from a distance.

Ruiz and his team entered a compound and could hear voices from inside the main building. While Ruiz and others watched for threats, the rest approached the building and attempted to talk the insurgents into coming out.

When that failed, they threw two grenades into the building.

After more negotiations, the insurgents did come out, but in a rush and with weapons in hand, Ruiz said. The U.S.-Afghan team opened fire and killed them.

The remainder of the compound had to be searched, but the Afghan commandos were unwilling, Ruiz said. They lacked night vision goggles and wanted to wait until the sun came up, “which is the wrong answer because we’re already inside the compound.”

As a U.S. servicemember debated with the Afghans, Ruiz and two others decided to clear the courtyard.

It housed some mud huts and Ruiz could make out “mounds” on the ground that needed to be checked.

As the three moved through the courtyard, one of the mud huts made Ruiz suspicious.

“I stopped short and my two teammates continued to move through and … I would say a couple seconds later I saw an individual pop into the doorway with a rifle so I fired two rounds. I saw him fall back,” Ruiz said.

His shots were followed by “a large burst of gunfire” to his right. He turned to return fire and saw his two teammates go down.

Ruiz, who lacked cover and was uncertain where the enemy was, began firing in the hope of suppressing them.

“What I knew is I was going to keep those guys pinned down and I wasn’t going to leave my guys on the ground,” Ruiz said. “So where I stood was where I was going to fight.”

He called for backup and within a few minutes a U.S. servicemember joined him. Ruiz decided to make an attempt to reach the wounded.

“As I’m low crawling, I get about five feet from where I was and then I just get a line of fire right in front of me,” he said.

Ruiz and his teammate stood their ground for a few minutes, as Ruiz again tried and failed to reach the wounded. At that point, his team sergeant joined the battle.

“It was awesome, like he just completely moved by himself through the fire,” Ruiz said.

With his suppressing fire, Ruiz and his teammate were able to reach the wounded and start moving them out of the battle.

“At one point I heard, ‘Grenade!’ ” Ruiz said. “I look back, as I’m dragging my teammate back, and I see a blast go off. I see my team sergeant, like, kind of fly through the air. He immediately gets right back up, starts laying down suppressive fire.”