‘Even the Special Forces guys called us crazy’ 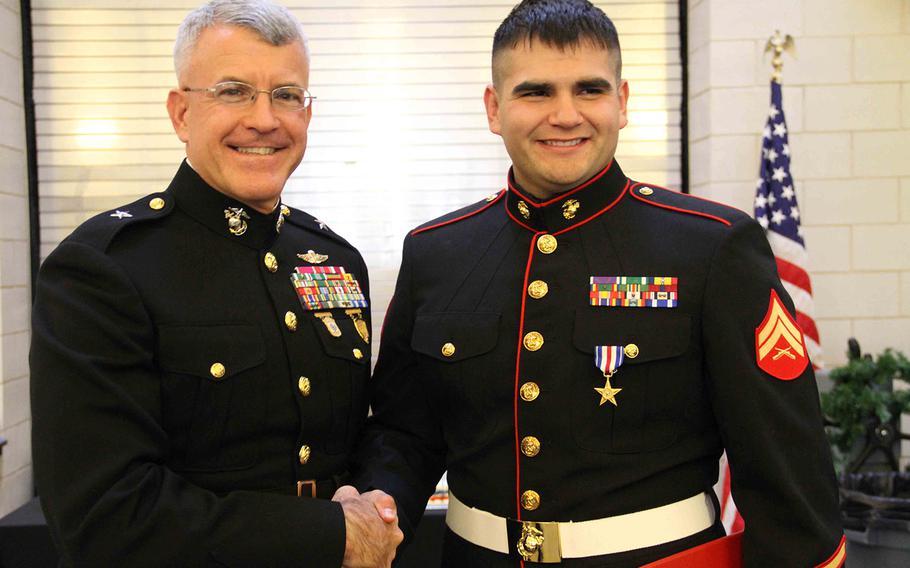 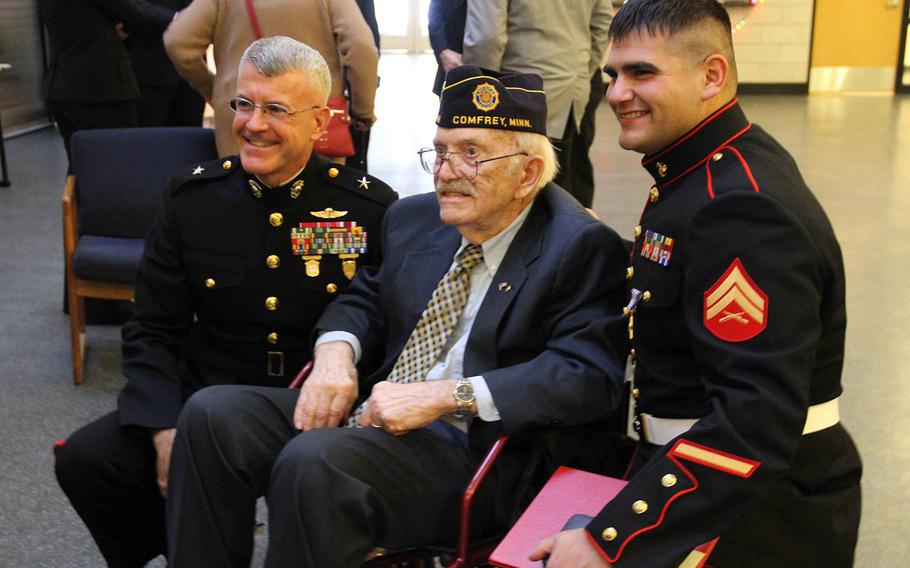 No U.S. forces had reached the area in eight years of war in Afghanistan.

Marine Corps Cpl. Ethan Nagel, an embedded trainer, along with his platoon of Afghan National Army troops, another Marine trainer and a small Special Forces team, were moving up the Uzbin Valley to meet with village elders.

The morning of July 29, 2009, would erupt in a deadly firefight. It would pin down Nagel and his fellow troops and lead to him receiving the Silver Star in 2013 for his brave attempt to save the life of a mortally wounded servicemember.

Nagel, a sniper, had spent three months training his Afghan counterparts in Kabul. Now the platoon was on a combat mission in a remote, hostile valley that was almost certain to spark a fight with the Taliban.

“Even the Special Forces guys called us crazy … We were rolling with one Humvee armed to the teeth,” Nagel said.

In the village, they had tea with the elders and noticed signs of enemy fighters in the area.

“We knew we were probably going to get hit at any time,” Nagel said.

On the way back, the Special Forces soldiers decided they would break from the convoy and do a foot patrol of the valley. A villager ran up to warn them about an attack.

AK-47, PKM machine-gun and rocket-propelled grenade fire began to rain down from about 30 Taliban fighters on the banks.

“The tree beside me exploded,” he said. “I took shrapnel to the face.”

A soldier was wounded in the leg and the units knew they needed to get to cover. They fought their way up a ridge of farm terraces and secured a position behind a rock wall.

“As soon as we got hit, we hit them back hard,” Nagel said.

Taliban fighters began “to come out of the woodwork,” he said. The firefight was attracting enemies from around the valley and the opposing forces swelled to more than 50, according to the Silver Star citation.

Another round grazed Nagel’s leg and smashed into a rock, sending shards into his neck and forearm. As the firefight lagged, he pulled an immobilized Marine gunnery sergeant over the wall to safety.

Then he heard the call: “Man down!” An Army chief warrant officer —

a Special Forces team leader — had been hit and was in the open.

The Taliban began pressing in, increasing fire on the units. Nagel broke cover and ran across the farm terraces in a hail of bullets.

When he reached the downed soldier, Nagel knelt beside him and ripped off his gear. The team leader had a sucking chest wound. It was a trauma scenario Nagel had been in repeatedly during the training in Kabul, and he was confident the soldier could be saved.

“I could see him looking at me still struggling to breathe, but we could get him on a bird and he was going to make it,” Nagel said.

The Taliban had moved to within 80 feet of Nagel’s position. Nagel put aside his heavy M-14 sniper rifle and was returning fire with his M-9 service pistol, waiting for the Special Forces medic.

Nagel pulled out his medical gear and worked to stabilize the soldier. He compressed the chest wound while putting down cover fire with his other hand.

The soldier’s eyes began to focus and his vital signs improved. Finally, the medic was able to reach them and pull the soldier behind a rock barrier.

Nagel used the medic’s Squad Automatic Weapon to lay down suppressive fire as Kiowa Warrior helicopters swooped in and hit the Taliban positions with rockets and strafing runs. The mission convoy had also returned to the fight.

The firefight began to wane after two hours. It was enough to allow a medical evacuation flight for the wounded warrant officer. As the helicopter came down, there was a call for cover fire from the U.S. and Afghan teams.

“As soon as that thing landed, we just released everything in every direction,” Nagel said.

He and his units fought the 9 miles back to Combat Outpost Rocco, taking fire from numerous ambushes.

“In large part due to his efforts, the medevac helicopter was able to retrieve the gravely wounded soldier unhindered and transport him to a higher echelon of care,” according to the citation. The soldier later died.

Nagel said he did not think deeply about the risks he took that day: “Honestly, this was my third tour and you just do what you have to do.”