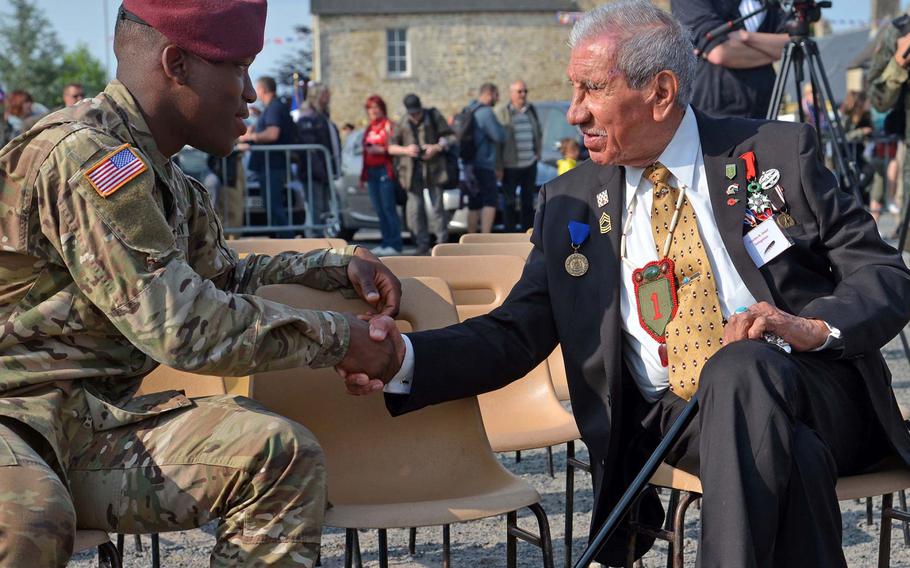 Pfc. Jonathan Stanley of the XVIII Airborne Corps talks to D-Day veteran Charles Shay before a ceremony honoring air crews and airborne troops at Picauville, France, Tuesday, June 4, 2019. It was one of many events this week marking the 75th anniversary of D-Day in World War II. (MICHAEL ABRAMS/STARS AND STRIPES)