More than 60,000 civilian deaths a darker and largely ignored side of D-Day campaign 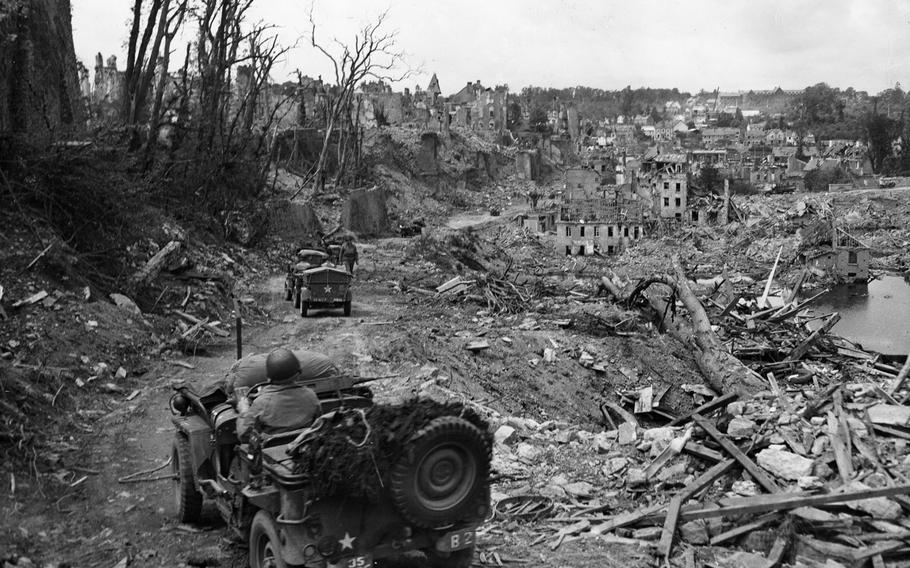 The French town of Saint-Lo is left in rubble and ruin following some of the bitterest fighting in World War II. The town was 95% destroyed before it was captured from Germans on July 18, 1944. The victories in Normandy and Northern France paved the way for the Allies triumphant entry into Paris in August 1944. (Department of Defense)