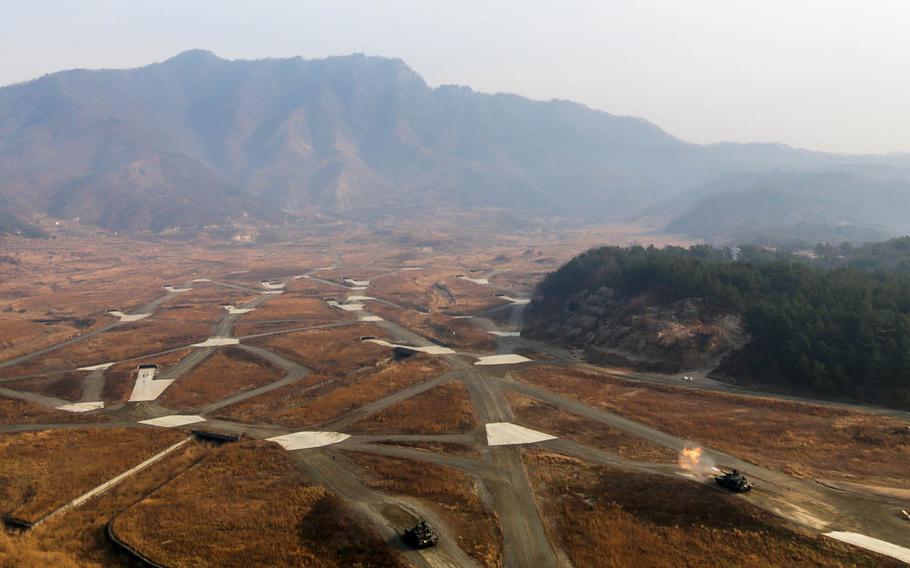 OSAN AIR BASE, South Korea — A U.S. general has apologized to South Koreans for a machine-gun round that strayed out of a training area and ended up at a local’s home last month.

Lt. Gen. Thomas Vandal, 8th Army commander, spoke to people living near the Rodriguez Live Fire Range — a U.S. training area near the heavily fortified border with North Korea — last week about the incident, according to the Shina Ilbo newspaper.

During a meeting Dec. 14 in Pocheon City, Vandal apologized to residents and said the .50 caliber round most likely came from a training event between August and November, the newspaper reported.

The 8th Army told Stars and Stripes on Wednesday that it plans to improve safety at the range, but did not provide specifics.

A report obtained from Pocheon City Hall shows there have been three incidents involving range safety at Rodriguez this year, including a stray 30mm round and a brush fire. That’s down from eight incidents last year and five in 2015, according to the report.

Lee Gilyeon, 61, chief of the Youngpyeong Firing Range Task Force who regularly protests the use of the range, said there are more incidents than those listed in the report.

“They usually say to us, ‘please wait,’” said Lee, referring to official statements from previous town-hall meetings. He also complained about noise pollution from the range, where troops train with everything from small arms to tanks and mortars.

A University of Seoul study has recorded up to 115 decibels, similar to what you would hear at a rock concert or from a leaf blower, near the range.

“U.S. forces have been making our land of Pocheon as the land of darkness,” local farmer Kim Kwang Deuk told Stars and Stripes on Monday.

But while many U.S. bases north of Seoul are closing as the Army relocates to the sprawling Camp Humphreys 40 miles to the south, officials say Rodriquez will remain open.

The 3,390-acre complex is the Army’s premier training site on the Korean Peninsula, and is one of the few places troops have space to maneuver and train with live munitions.