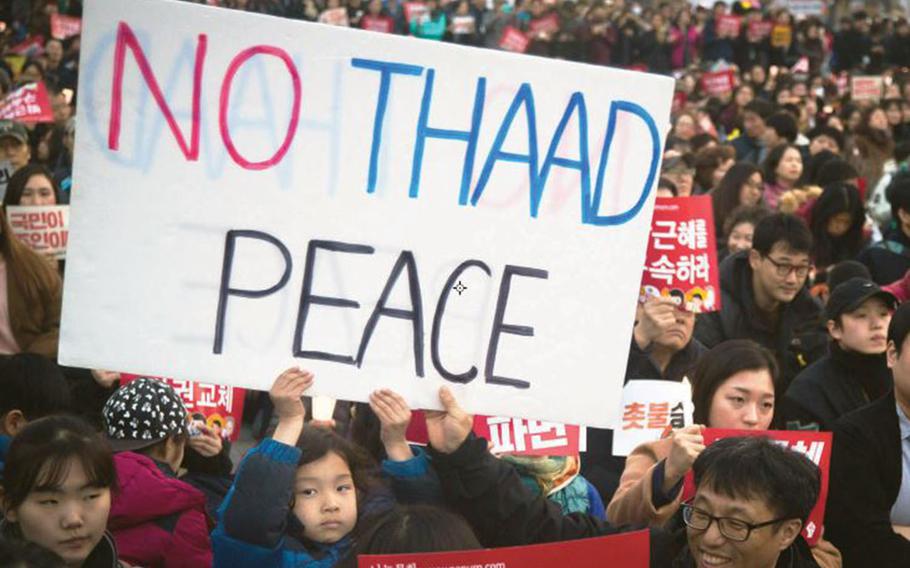 Protesters failed to block 32 vehicles carrying construction equipment and materials onto a military base Friday in South Korea where the U.S. Army operates a missile-defense system, according to local media.

More than 50 people staged a sit-in as trucks approached the former golf course that’s home to a U.S.-built and operated Terminal High Altitude Area Defense system, or THAAD, about 190 miles south of Seoul in Seongju, The Joongang Ilbo, an English-language newspaper, reported.

According to the Defense Ministry, some of the materials brought to the base were cement, sand and gravel to remodel troop living quarters. Some vehicles entered the base to remove construction waste, officials said, according to the Korean Broadcasting System.

A protester was hospitalized with a back injury while resisting the police dispersal order, the broadcaster reported.

U.S. Forces Korea began deploying THAAD in late April 2017, during an overnight operation that many saw as an effort to rush it into place before elections to replace ousted President Park Geun-hye. Her administration made the THAAD agreement with Washington over the objections of local protesters.

Villagers in the area have said they fear adverse health and economic effects from the system, which includes six truck-mounted launchers and a powerful radar. Peace activists also object to its presence, saying it makes the area a target by North Korea.