Singer Ayla Brown bringing love to the troops in Europe 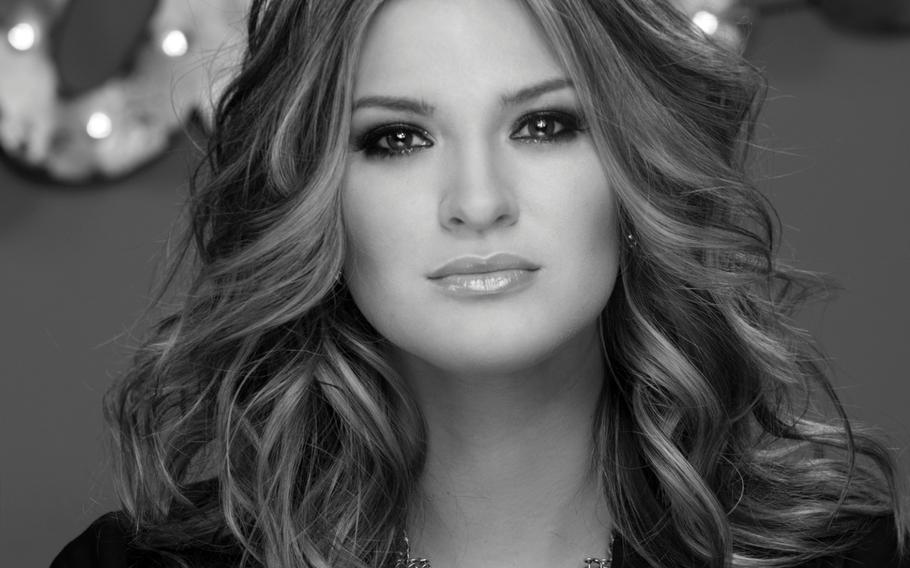 Ayla Brown is a recording artist from Wrentham, Mass. She'll be on tour with Armed Forces Entertainment from Aug. 24 to Sept. 7 at U.S. military installations in the United Kingdom, Belgium, Kosovo and Germany. (Photo courtesy Ayla Brown)

RAF MILDENHALL, England — She’ll never forget the moment in high school when she was kissing a boy after a date while the song “Mayberry” by Rascal Flatts played in the background.

“After that I knew that country music had a special place in my heart and it still does to this day,” country music singer Ayla Brown said in an interview with Stars and Stripes. “Country music has gotten me through the good and the bad times during my life.”

Brown is a recording artist from Wrentham, Mass., and former NCAA basketball player. She is the daughter of former Massachusetts Senator Scott Brown, and was a contestant on “American Idol” during season 5 in 2006 and placed among the top 16 finalists.

She is slated to perform in an Armed Forces Entertainment tour from Aug. 24 to Sept. 7, at U.S. military installations throughout the United Kingdom, Belgium, Kosovo and Germany.

“I have been on five tours for our troops, and it’s beyond rewarding,” Brown said. “I never want to come home after because our band loves meeting with and hanging out with servicemembers. We love the base tours and finding out what the missions are on the bases. They vary from country to country, and that’s the fascinating part.”

“The first time I sang with a band I knew I wanted to be on stage, but singing other people's songs wasn’t fulfilling,” Brown said. “I wanted to write and record my own songs, my own experiences. When I moved to Nashville almost six years ago I started writing and recording. The best feeling is looking out into the crowd during a show and seeing people singing along to the words.”

She took the stage July 21 at the Republican National Convention in Cleveland to sing the national anthem.

“I’m blessed to say that the national anthem has given me opportunities I could only dream of. It’s taken me to places and stages around the country that I never would have visited before. But my goal is to sing the anthem at the Super Bowl.”

Brown said she looked forward to meeting servicemembers and their families on the tour.

“We get a kick out of hanging out with you before and after the shows,” the singer said. “We enjoy hearing about your loved ones back ... home.

“We have a blast learning about your missions and why you’re so proud to serve your country. But we love putting smiles on your faces, even if it’s just for a night as you listen to our music. Thank you so much for your service.”

Find out more about her tour at www.aylabrown.com/tour or by inquiring at the local community center.