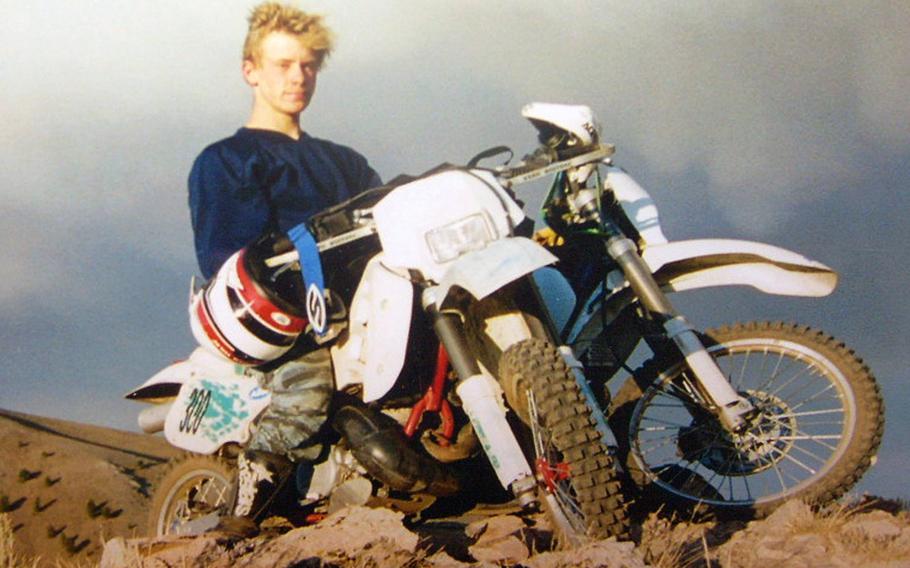 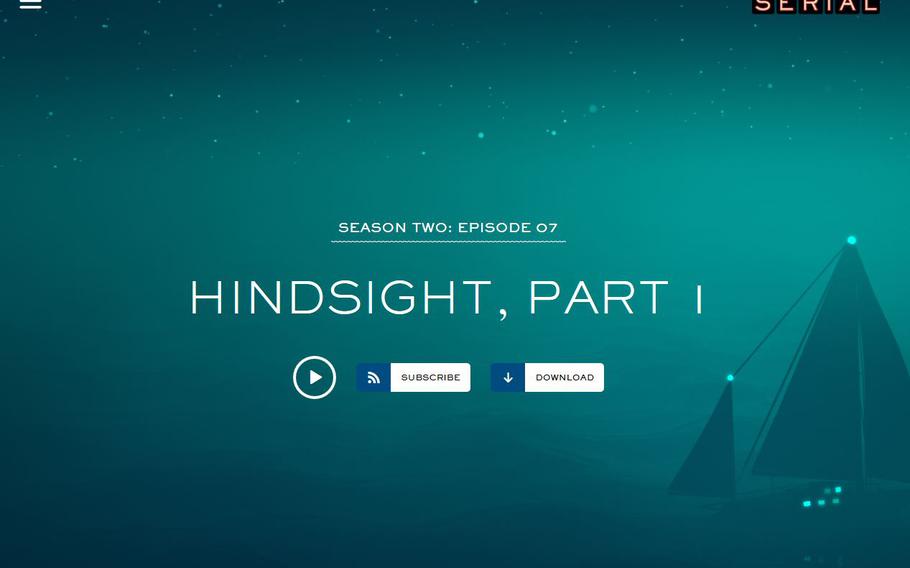 The 'Serial' web page for the seventh Bowe Bergdahl podcast. ()

As Bowe Bergdahl endured the moments, hours, days and years alone in a dark room or metal cage, he considered how he’d ended up a captive to the Taliban.

“That took me back to my childhood,” Bergdahl says in Thursday’s episode of the podcast “Serial,” which documents the odyssey of the soldier who walked off his Afghanistan patrol base in 2009 and is now charged with desertion and misconduct.

“I literally grew up by myself, in the middle of nowhere ... being completely isolated from human beings,” Bergdahl tells screenwriter and producer Mark Boal. “I just wandered around.”

The seventh episode of “Serial” explores Bergdahl’s past as a lonely boy home-schooled on 40 acres in an Idaho valley and his self-described escape from punishing parents by going to work at 13. It depicts his gradual inclusion into a family he preferred, his earnest search for meaning and purpose in the world and a series of setbacks.

“As far as I was concerned, I’d never actually succeeded at anything; I was a failure,” Bergdahl tells Boal, explaining why he’d joined the Coast Guard in 2006 at age 19.

The enlistment came after an apparent unsuccessful attempt to join the French Foreign Legion and a cycling trip that ended prematurely when an RV hit his bike. It was, his friends told podcast host Sarah Koenig, in keeping with his desire for adventure and experience and his romantic ideas about virtue and masculinity.

And it was also a failure, as his friends had feared.

Bergdahl was separated from Coast Guard three weeks into boot camp, having been diagnosed with “adjustment disorder with depression” after he was found crying and shaking in his room.

He hated how the drill sergeants yelled. He hated being stuck in a room with so many other men. “I just freaked out one night because of the stress,” he told Boal.

He enlisted in the Army two years later, assuring the Boise recruiter who had to provide a waiver because of Bergdahl’s Coast Guard separation that he was more mature and now had better coping skills.

“The Army — it was more my field,” Bergdahl told Boal.

But his friends, who viewed him as caring and “protective” but also sensitive and quirky, were horrified when they learned he’d joined up.

“He holds the world and everybody in it to unrealistically high expectations,” said Kayla Harrington. Inevitably disappointed, he judged them unworthy, she said. “It’s a handicap.”

Lt. Gen. Kenneth Dahl, who investigated Bergdahl’s disappearance for the Army after the soldier was recovered in 2014 in a controversial prisoner swap, concluded much the same thing.

Bergdahl walked off his post only weeks after arriving in Afghanistan. He told Dahl that he’d planned to hike 20 miles to a larger base to inform superiors about what he regarded as poor leadership in his unit.

The previous podcast discussed his reasoning, which amounted mostly to complaints that his commander seemed more concerned that troops were photographed out of uniform or hadn’t shaved than that they’d been on a five-day mission guarding a truck.

Koenig and Boal also discussed in Thursday’s podcast whether they, like Dahl, believed Bergdahl’s stated motivation for leaving. They said they believed Bergdahl, partly because of circumstantial evidence that the skilled outdoorsman had not intended a permanent exit from the Army. “He just didn’t pack for it,” Boal said.

Bergdahl’s court-martial is scheduled to begin in August. He theoretically faces a sentence of up to lifetime imprisonment if convicted on a misconduct charge and up to five years for a desertion charge.

Both Dahl and a preliminary hearing officer have recommended against any imprisonment.