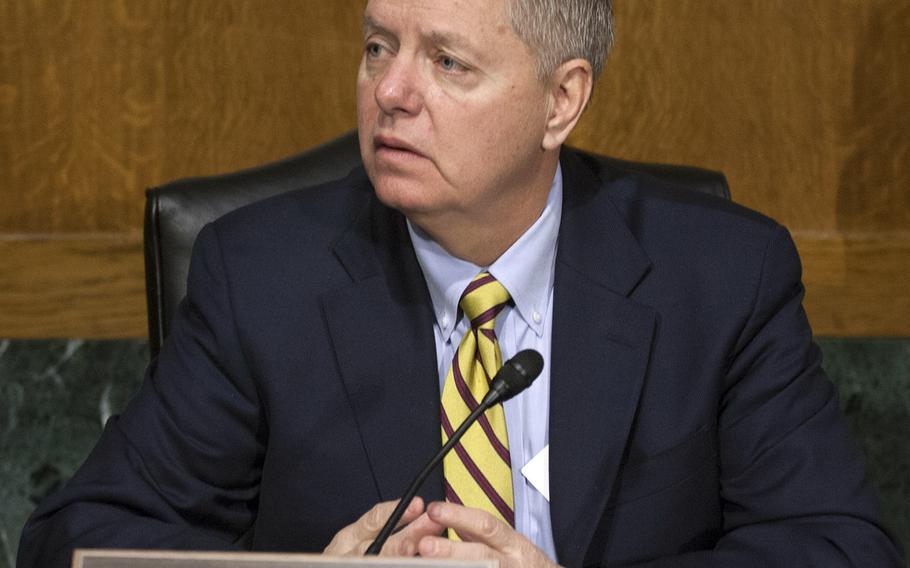 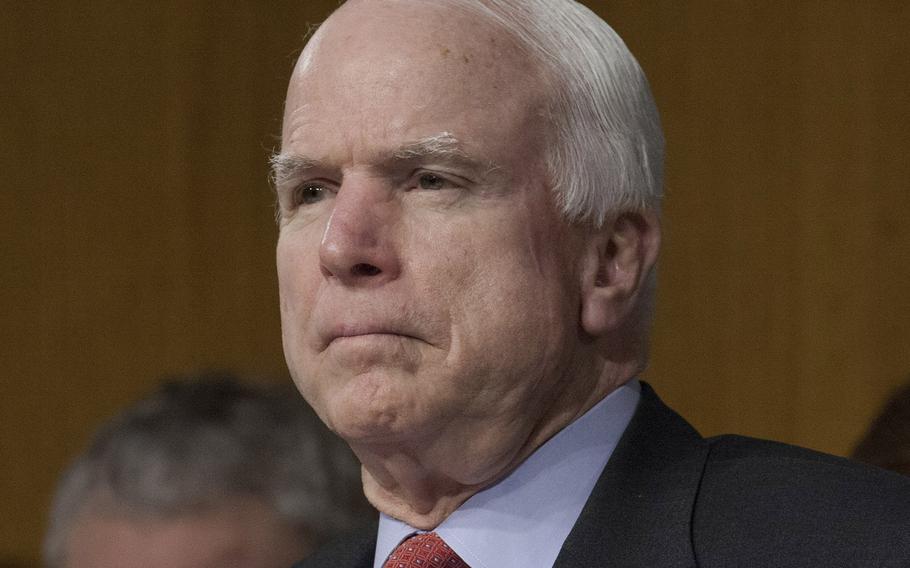 WASHINGTON — Republican senators John McCain and Lindsey Graham on Wednesday called for a new military surge in Iraq to counter the fall of Ramadi and to reset what they said is a failing U.S. war strategy.

The senators urged the White House to follow former President George W. Bush, who in 2006 and 2007 replaced military leadership and sent an additional 30,000 troops to Iraq when the war became bogged down in a bloody insurgency. The Bush surge, though controversial, quelled much of the violence in Iraq and led to Obama pulling out all forces in 2011.

But now, the administration is mired in a new war there and suffered its biggest defeat Sunday when the Islamic State took Ramadi, the capital of Anbar province, after a year of fierce fighting with U.S.-backed Iraqi security forces.

“I hope the president will seize this opportunity to come up with a new strategy to protect the homeland and reset the order,” Graham said. “If we keep the configuration we have today, it is just going to result in more losses over time.”

Since entering the war in August, the U.S. strategy of airstrikes and Iraqi troop training has appeared unable to dislodge the Islamic fighters from large swaths of the country, despite assurances of progress from the Pentagon.

Graham said the president faces a defining moment in the war effort similar to the situation faced by Bush when it became clear his strategy was failing because of an insurgency.

Bush had received recommendations from his military advisers against sending more troops in 2006 but instead replaced Defense Secretary Don Rumsfeld with Robert Gates, significantly increased forces and made Gen. David Petraeus the commander of coalition forces.

McCain, who spoke with Graham on the Senate floor, lashed out at administration officials for not acknowledging the war is failing — specifically Chairman of the Joint Chiefs of Staff Gen. Martin Dempsey, who recently downplayed the importance of Ramadi.

Last month, Dempsey said Ramadi is “not symbolic in any way” and that “It’s not been declared part of [Islamic State’s] ‘caliphate’ on one hand or central to the future of Iraq. … I would much rather that Ramadi not fall, but it won’t be the end of a campaign.”

McCain said the comment was absurd and an example of the administration’s lack of concern. Defense experts have since called the loss of Ramadi a stunning blow to the U.S. strategy.

He also lashed out against the Pentagon for misleading the public about progress, saying it published a news release claiming the strategy against the Islamic State was working even as it was losing Ramadi over the weekend.

“Indeed the Obama administration and its spokespersons tried to save face,” McCain said.