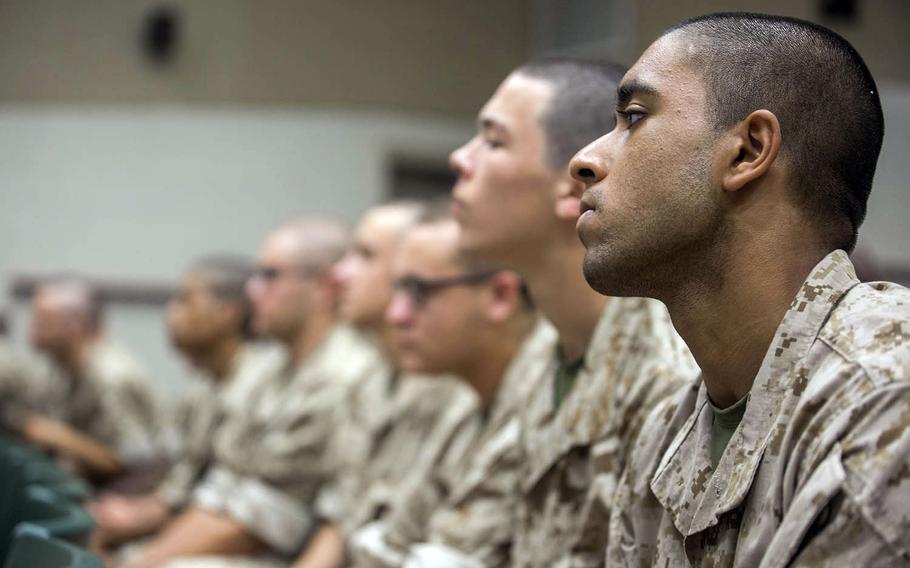 SAN ANTONIO — An analysis by the U.S. Department of Education released Wednesday found that nearly 200 for-profit schools are skirting federal funding limits by relying heavily on GI Bill tuition funds. The results are reigniting concern from veterans groups and the federal government about targeted recruitment of servicemembers and vets.

Known broadly as the 90/10 rule, the restriction was implemented to force for-profit schools to get at least 10 percent of their revenue from students who pay their own tuition.

The Post-9/11 GI Bill pays tuition and fees, along with book and housing stipends, to veterans and troops based on a sliding scale of active-duty service.

The Education Department analyzed Department of Veterans Affairs-provided tuition at for-profit schools to conclude how many would be out of compliance if the loophole were closed and GI Bill funds counted against revenue limits. The June 16 audit looked at fiscal ending dates between Dec. 31, 2014, and June 30, 2015. It identified 17 schools that were out of compliance with current laws. Closing the loophole would increase the number to nearly 200, according to the Education Department.

The department called for a shift to an 85/15 ratio, and for all federal money, including GI Bill funds and Defense Department tuition assistance, to factor into the 85 percent limit.

Holly Petraeus, assistant director for servicemember affairs at the Consumer Financial Protection Bureau, said the loophole “gives for-profit colleges an incentive to see servicemembers as nothing more than dollar signs in uniform, and to use aggressive marketing to draw them in,” according to the advocate letter.

The results of the analysis provide the first detailed look at how many for-profit schools maximize benefits of the loophole and how many are afloat thanks to billions in GI Bill funds keeping them within the boundaries of the law, advocates said.

“This is very concerning to us,” said Will Hubbard, vice president of government affairs at Student Veterans of America, a Washington advocacy group that signed the letter of support. “Some of the worst actors don’t even pretend they’re not targeting veterans as a source of income,” he said. “These schools say they’re chosen by veterans. And the numbers show that isn’t the case. It’s undeniable at this point.”

For-profit schools have been a regulation target during President Barack Obama’s administration, after widespread allegations of deceptive and aggressive recruitment strategies, misleading job placement statistics and other issues.

The industry accounts for 13 percent of all higher education students but 50 percent of all loan defaults, according to a 2014 Department of Education release.

A 2012 investigation by Sen. Tom Harkin, D-Iowa, concluded that GI Bill tuition dollars are especially lucrative to for-profit schools. The industry has collected $8.2 billion in Post-9/11 GI Bill funds since it became law in 2009, according to an analysis by the Los Angeles Times.

There are significant caveats in the analysis in the Education Department report released Wednesday.

An explanation on the sheet stresses that conclusions should not be made about individual institutions, and that the information is best used for a general idea of how many schools skirt the law and hover near the 90 percent threshold.

“On the way out the door the [Education] department is releasing every bit of faulty and biased data it can generate. The 90/10 rule is not a measure of institutional quality. [I]t is a measure of the amount of money a student has to apply toward education,” said Noah Black, a spokesman for CECU, in a statement to Stars and Stripes on Thursday.

CECU, formerly the Association of Private Sector Colleges and Universities, represented ITT Technical Institute, which closed this year after it failed to produce $250 million in guarantees following investigations by the Education Department, the Securities and Exchange Commission and 19 state attorneys general into its marketing and job placement claims.

About 12,500 students used the GI Bill at ITT Tech in 2015, Stars and Stripes reported in September.

The group also represented Corinthian College, which closed last year following similar investigations and allegations, leaving thousands of veterans without a school, and dim prospects for transferring credits to another.