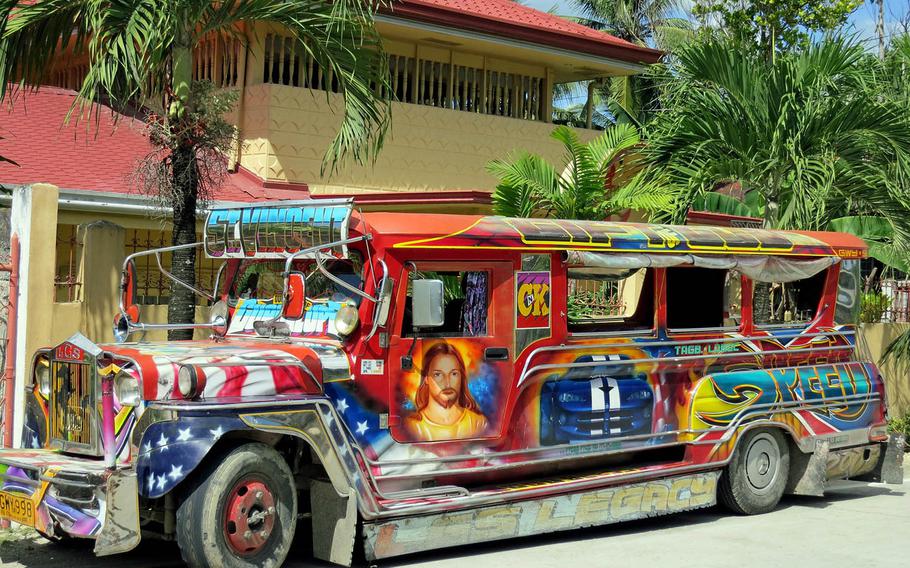 The Philippine government has ordered gas-guzzling Jeepneys to be phased out in an attempt to cut traffic congestion and pollution. (Courtesy of Pixabay)

The days of the Philippines’ iconic Jeepney vehicles may be numbered — at least the version familiar to American servicemembers and veterans who’ve spent time in the islands.

The Philippine government, eager to cut traffic congestion and pollution, has ordered the gas-guzzling Jeepneys to be phased out. The vehicles, which evolved from Jeeps left behind by U.S. forces at the end of World War II, are ubiquitous in the islands with their brightly painted bodywork and distinctive radiator grills.

An initial batch of modern electric Jeepneys is due to start serving metropolitan Manila next month, the Manila Standard newspaper reported last week. Similar vehicles are already on the roads in other parts of the country.

A ride in a traditional Jeepney across Angeles City costs about the equivalent of a quarter, said John Gilbert, 70, a former Army noncommissioned officer living in the Philippines. These days, it’s possible to travel around nearby Clark Air Base in the vehicles.

Gilbert said he rode in an electric Jeepney on a recent trip to Cebu.

“They’re clean, quiet and don’t produce quite the same smells although they probably will over time,” he said of the new vehicles.

Growth of the Philippines’ economy means more cars on the roads and the spread of traffic from Manila to other cities and towns. Electric Jeepneys, which carry more passengers, will help cut congestion, Gilbert said.

But the change isn’t welcomed by everyone. Jeepney drivers, who typically own and operate their own vehicles, have protested the government’s plans.

Electric Jeepneys cost more than most of the drivers can afford, and the change will force them to become contract employees rather than independent business owners, Gilbert said.

“The future is clearly the non-polluting electric higher capacity vehicles, but it has not been embraced by all,” he said.