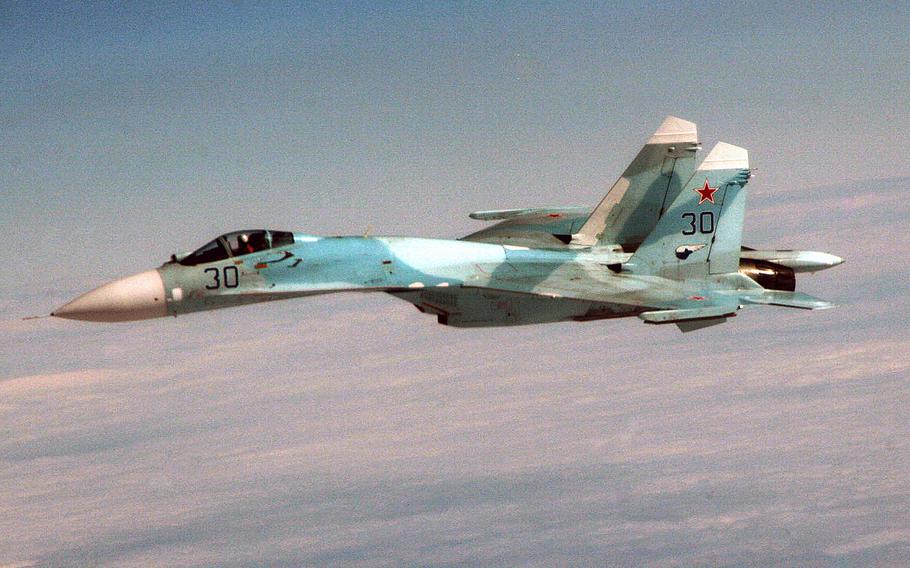 In a Cold War-style confrontation, a Russian fighter got too close for comfort to a U.S. electronic reconnaissance plane in late April, prompting complaints to Russian officials from top U.S. military officials.

“On the afternoon of April 23, a U.S. Air Force RC-135U flying in international airspace on a routine mission over the sea of Okhotsk was intercepted by a single Russian Su-27 Flanker,” Pentagon spokesman Col. Steve Warren told reporters Tuesday. “The Su-27 approached the RC-135 across the nose of the U.S. aircraft within approximately 100 feet.”

There was no radio communication between the two aircraft, but the Russian jet rolled to expose its armaments to the crew of the U.S. jet, Warren said. The RC-135U’s pilots did not need to engage in evasive maneuvers, Warren said.

Defense Secretary Chuck Hagel and Chairman of the Joint Chiefs of Staff both “communicated our concerns over that incident directly to the Russian military,” Warren said.

Warren said he was aware of no other close encounters since, and routine military flights continue over the Sea of Okhotsk, which lies off Russia’s east coast, north of Japan.

“We are continuing to conduct our normal operations,” he said.